Even through southern Colorado has been mainly dry over the last several weeks, the mountains have had some decent snow and our snow pack is showing improvement! The biggest areas of improvement came through the Upper Rio Grande and San Miguel/Dolores/San Juan river basins. There is still a LOT of snow needed before Colorado can return to normal and a more comfortable water supply, but any improvement is always much needed. Here is a comparison of the current snowtel snow pack data compared to what we’ve seen over the last couple of months. 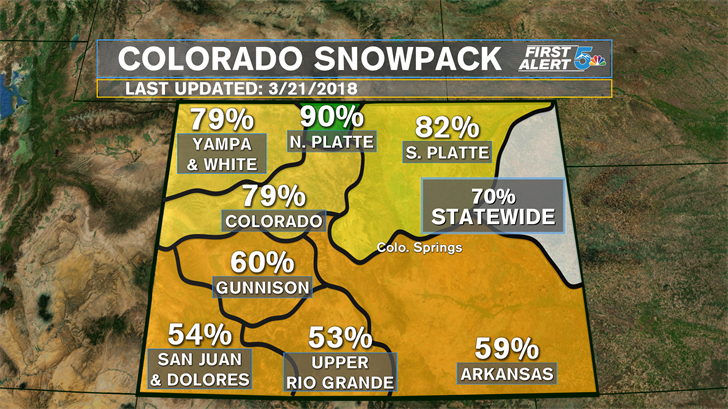 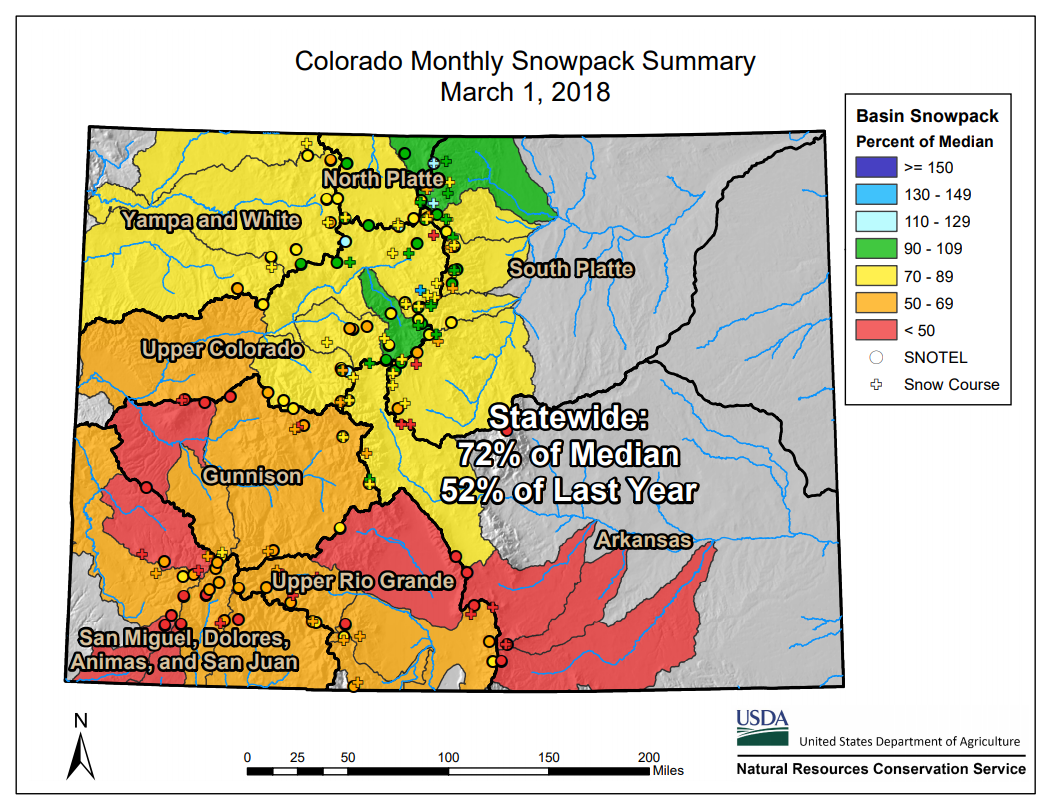 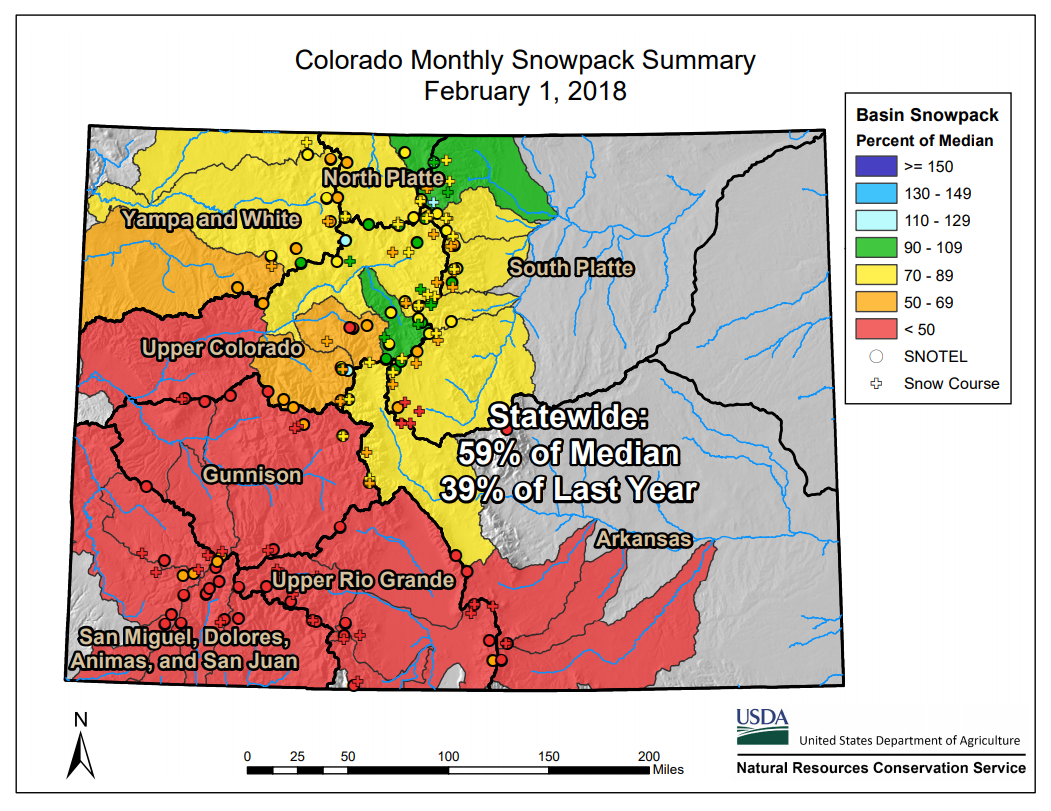 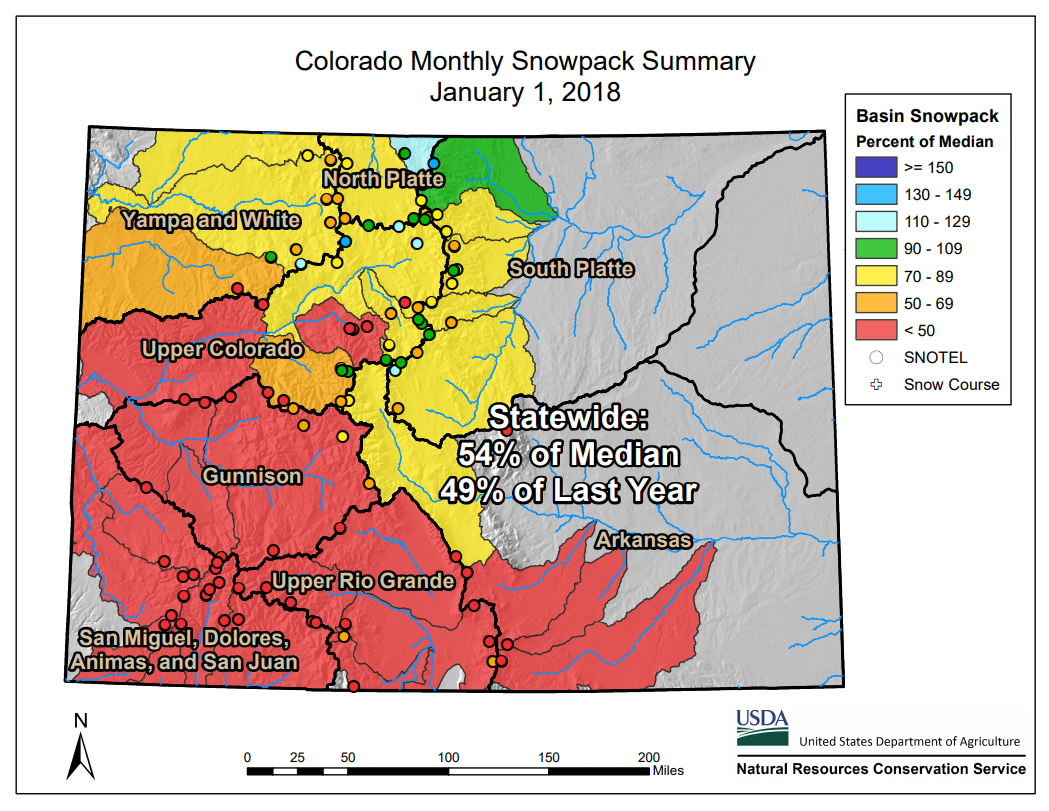 Areas in red represent snow pack below 50 percent of the median, or the normal value. Ideally we would want everything to show up as 100 percent or higher, meaning we have normal or above normal snow pack across the Colorado river basins. As you can see from the maps, half of our river basins in January were below 50 percent with only a slight improvement into early February. In late February to the start of March we started seeing bigger mountain snows which brought 3/4 of the state above 50 percent. Now at March 21st, every river basin is above 50 percent and the statewide snow pack is back to 70% of normal, some of the highest we’ve seen since the start of March. The next 7 days are forecast to include several mountain snows with even a few low elevation accumulations possible by next Monday and Tuesday, so keep your fingers crossed for improvement as we move through Spring!