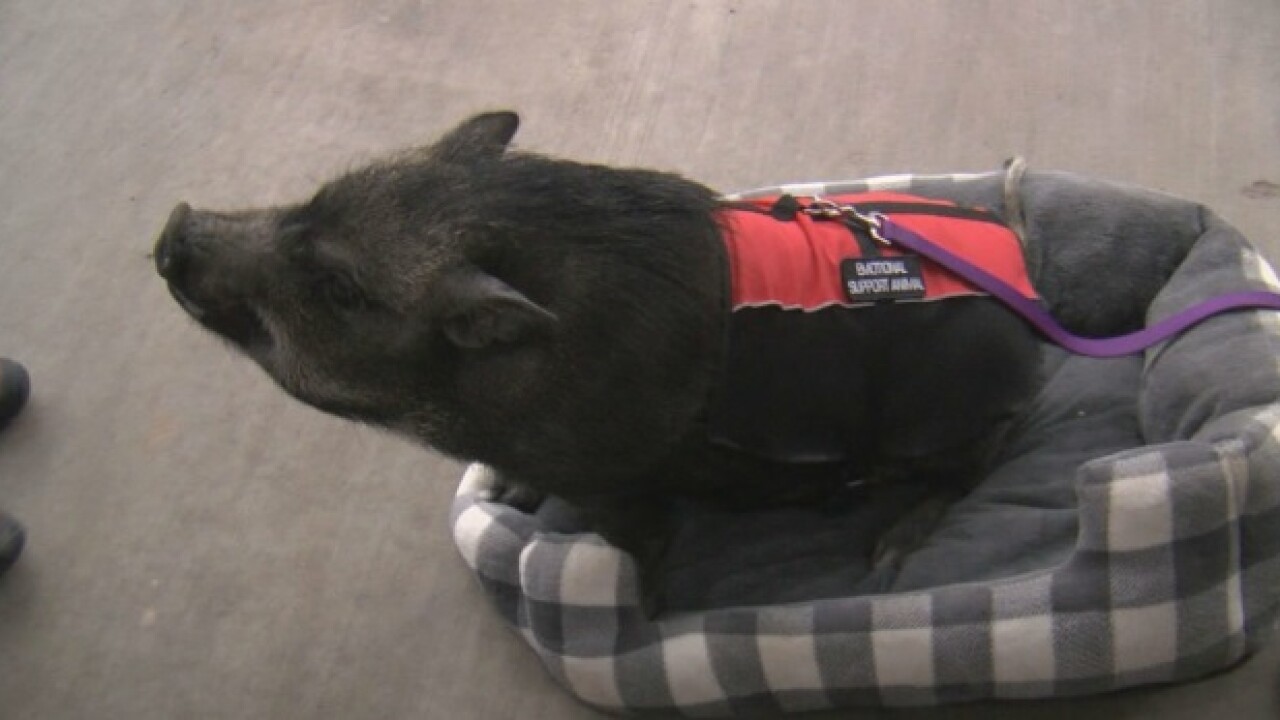 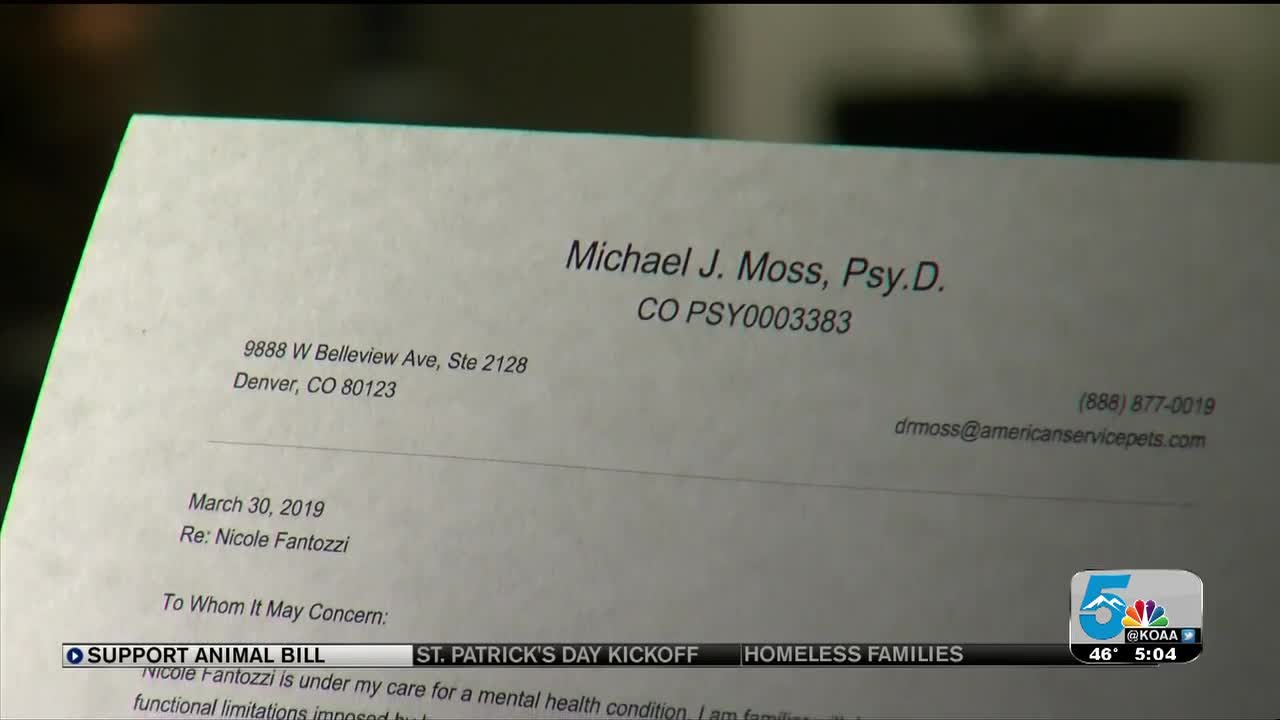 COLORADO — A local disability advocacy center wants to crackdown on people who claim their pets as emotional support animals, but really don't need them.

One lawmaker has drafted legislation following a 2019 News 5 investigation, but we just found out the bill likely won't be introduced this session.

As we've reported in the past, people have tried to take exotic pets into places that dogs aren't even allowed by claiming they are "emotional support animals", also known as ESA's.

Problems with ESA's have prompted airlines to consider banning emotional support animals from flights all together.

Here locally, State Rep. Larry Liston (R-Colorado Springs), created a bill that would make it tougher for people to obtain emotional support animal letters when they truly don't need one. However, the bill hit a snag a few weeks ago.

"I thought we had this all together but we didn't," Patricia Yeager, the CEO of The Independence Center said. "It's disappointing to me that we're not all together on this. We see the problem, we don't have an agreement."

Yeager worked closely with Liston on a bill that would hopefully stop people from falsely obtaining a doctor's notes for exotic emotional support animals.

When referencing "exotic" animals, we're talking about a kangaroo someone tried to bring inside a McDonald's restaurant, an unruly pig that got kicked off a US Airways flight or a turkey that was spotted flying on Delta Airlines. Those are just a few examples of emotional support pets people tried to take on planes or into businesses.

News 5 Investigates found getting a doctor to write an ESA letter is easy.

We went on the computer, paid $150 and within minutes, we had a signed letter from Dr. Michael J. Moss---a real doctor licensed in psychology.

"I think the day is going to come where it's going to be very clear that emotional support animals are only allowed in a home environment, whether that be a rental or hotel and it would only be a dog or cat," Yeager said. "We're not there yet."

Yeager says lawyers with Disability Law Colorado took issue with some of the language in the draft bill.

She discovered that it's not possible under federal law to create a mandated, universal form for approving emotional support animals. This is one task Liston's bill wanted to create.

Yeager says this is a slight setback and she won't give up working with lawmakers.

"It often takes more than a session and sometimes 2, 3, 4, 5 sessions to create a bill and create a law so we're going to keep working on this," she said.

Yeager says she plans to go back to the drawing board and attack the issue using consumer protection laws.