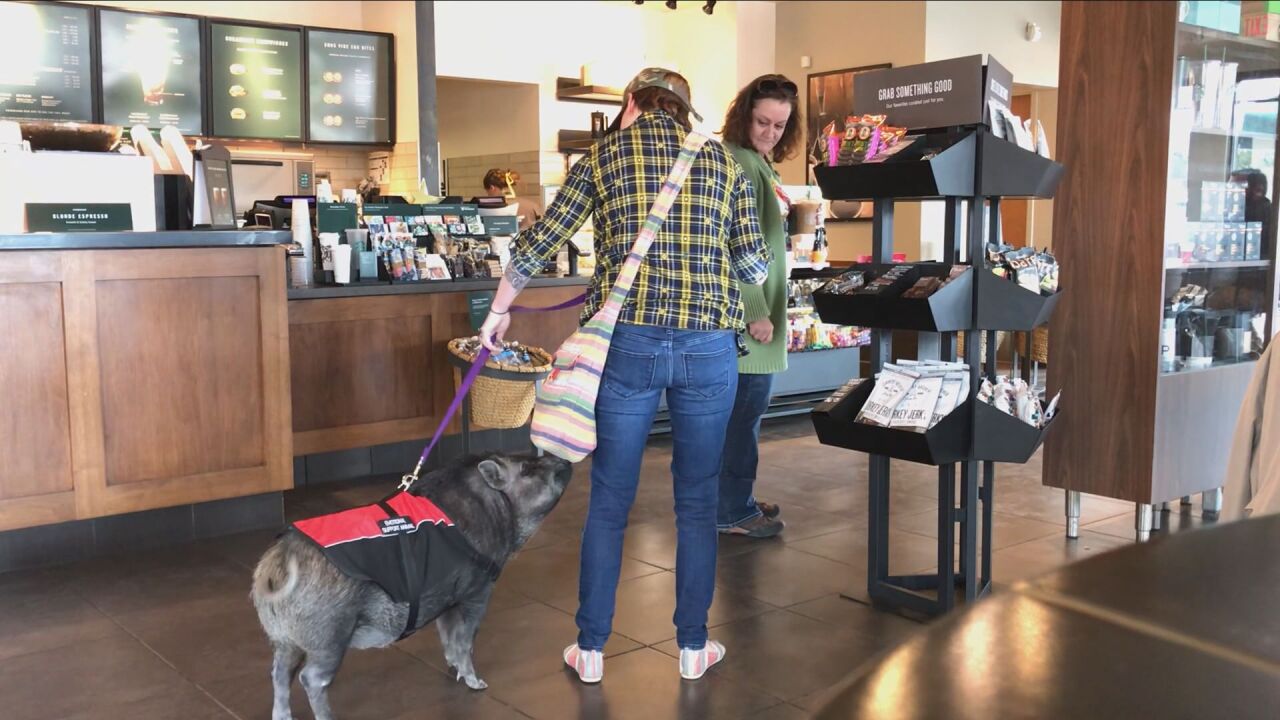 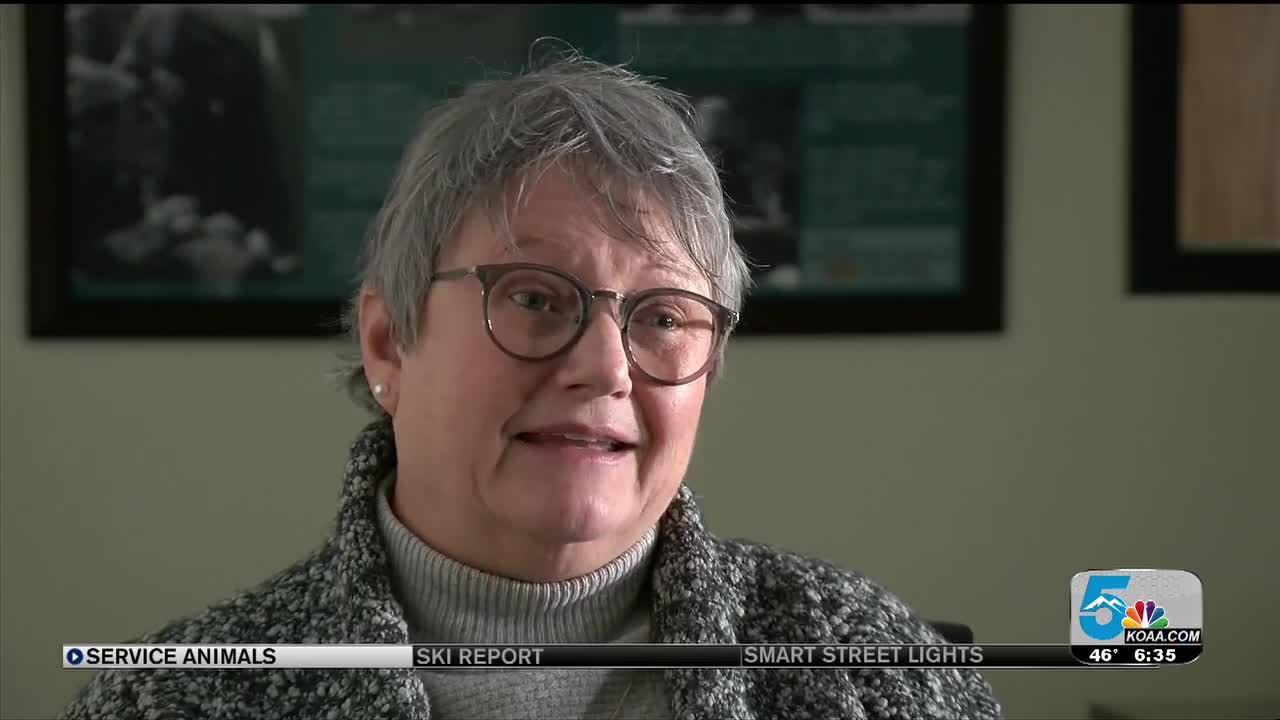 COLORADO — We've showed you the stories of people trying to pass off untrained pets as emotional support animals.

Disability advocates say as time goes on, the problem is getting worse.

State Rep. Larry Liston (R-Colorado Springs) drafted legislation as a result of a News 5 investigation we aired last Spring, but we discovered the bill is unlikely to be introduced this year.

The goal of the bill would have defined the process of how people can obtain letters "certifying" their pet as an emotional support animal.

As our investigation revealed, there are web sites and doctors out there who are willing to take your money in exchange for writing you a "bogus" letter.

These emotional support letters not only allow you to live with your animal without paying pet rent, it allows you to fly with them.

Lawyers familiar with disability law say the way the law is written didn't have a chance of passing---so now it's back to the drawing board.

Misrepresenting your dog as a service animal is illegal and carries a fine in Colorado, but that didn't solve the problem of people abusing the system.

If anything, it may have made it worse with people circumventing the system by registering their pets as emotional support animals, or ESA's.

Disability advocates say there's a lot of confusion between ESA's and service animals.

"Service animals are animals who have been trained to provide a specific task to support your disability," Patricia Yeager, the CEO of The Independence Center said.

"I would like to have my eyes back and not have a dog but for people with disabilities, we really need these dogs to make life more accessible and mobile for us," she said.

"There's no official way to certify those animals so there's a great deal of confusion and unfortunately, a great deal of abuse," Pat Going, a member on the Colorado Advisory Council for Persons with Disabilities said.

For example, a Kangaroo someone tried to bring to a McDonald's, a unruly pig that got kicked off a US Airways flight or a turkey spotted flying on Delta.

Not just anyone can claim their pet as an emotional support animal.

The process requires a note or recommendation, but News 5 Investigates found a web site and licensed doctor in Colorado willing to write us an emotional support "authorization" letter for $150.

We submitted the application at 9:28 p.m. on a Saturday night. 7 minutes later at 9:35, we received this signed letter from Dr. Michael J. Moss.

Using our station engineer's name, the doctor said he evaluated her mental health condition and is familiar with her history and with the functional limitations imposed by her emotional and mental health issue.

Of course, our employee has no need for an emotional support animal, but we had no trouble getting the doctor to say so and recommend our station engineer be allowed to live and travel with a potbelly pig.

We then took the pig into a Starbucks, Subway, Kum and Go and movie theater---no one said a word.

"I know people feel like we don't need no stinkin' regulations in this country but in this situation we need some regulations because people do take advantage of it and take their pet to the mall, restaurant and movie and it runs around and barks," Yeager said.

Chief Investigative Reporter Eric Ross asked, "What upset you most when you watched our original investigation?"

"There were two things," Yeager said. "One is that you can go and get that letter on a web site which is utterly ridiculous, but the thing that really made me angry was that the business owner let you do it. I mean who wants to eat in a restaurant with a pig there, or a monkey or peacock?"

What people don't realize is that emotional support animals are only allowed to fly and live with you. They aren't supposed to be taken into restaurants and businesses, but most people don't know that.

"I think the day is going to come where it's going to be very clear that emotional support animals are only allowed in a home environment, whether that be a rental or hotel and it would only be a dog or cat but we're not there," Yeager said.

On the federal level, there's a new proposal by airlines that would no longer require them to allow emotional support animals on planes and would clarify that the only service animals allowed on an aircraft is a dog.

Back here locally, legislation was drafted that would make it harder for people to get a doctor's note for an emotional support animal. However, that legislation came to a halt last month.

"We had a lot of push back from a couple of advocates," Yeager said. "We wanted have a document signed by a professional here in Colorado that has had a relationship with you to document that there is a need and that this animal supports this need---that's what we were after."

Yeager says the bill died before it could be introduced after hearing concerns from Disability Law Colorado and the Colorado-Cross Disability Coalition.

She says some of the language needs to be revised to comply with federal law requirements.

Ross asked Yeager when she believes there should be penalties for doctors and physicians who "prescribe" these emotional support letters.

"Absolutely," Yeager said. "In some ways it's like getting an Oxycontin prescription from a doctor mill. It causes harm. You might ask what's the deal? Well if you get that letter you can take it to your landlord and say you can't charge me a pet fee because I have an animal. It can get you on an airplane with your animal. If that web site has never met that person and has no idea if they really have disability but they are taking the $200 and giving them the letter---it's fraud."