Avalanche to host NHL game at Falcon stadium in 2020 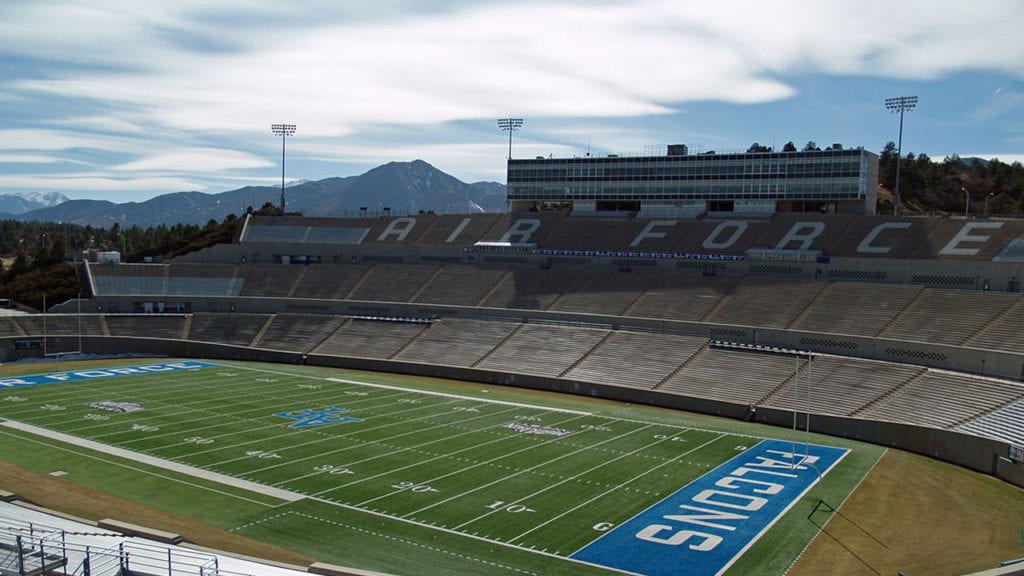 COLORADO SPRINGS – The NHL announced Tuesday that the Colorado Avalanche will host an outdoor game at Falcon Stadium in 2020.

The game will be played on Feb. 15, 2020. It will be the second outdoor NHL game to be hosted in Colorado, and it will be the first ever held at the Air Force Academy.

The game will be the second one played at a U.S. Service Academy. The NHL previously scheduled a contest between the Washington Capitals and Toronto Maple Leafs at the U.S. Naval Academy in Annapolis, Md., on March 3, 2018.

Colorado’s other outdoor NHL game happened at Coors Field in 2016 when the Avalanche hosted the Detroit Red Wings.

“We are proud and honored to be hosting the 2020 NHL Stadium Series at such a unique setting as the Air Force Academy,” said Avalanche President Josh Kroenke. ” Our fans have been instrumental to our success since the franchise arrived in Denver, and we are thrilled that they will get this opportunity to experience an outdoor game at one of our nation’s great institutions.”

Information about the potential opponent, tickets and pricing is not yet available. Avalanche full season ticket holders for the 2019-20 season and partial plan members will have an opportunity to buy tickets via a presale.