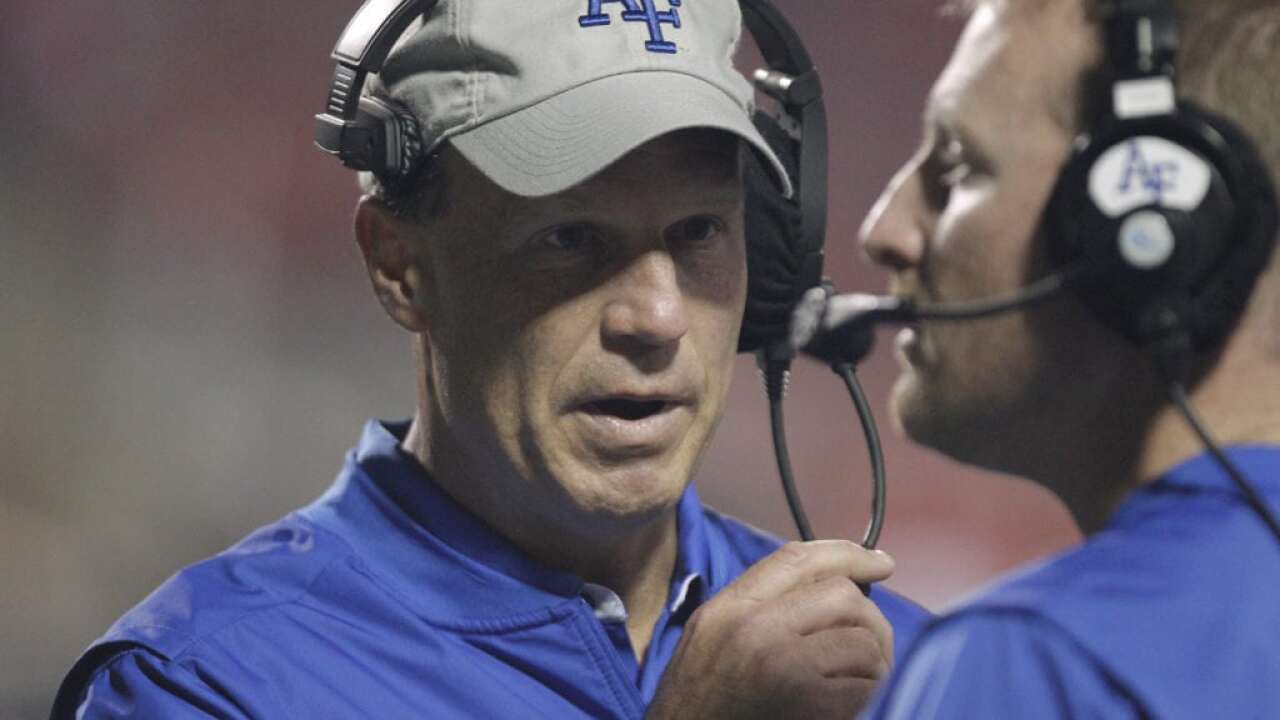 Air Force’s coach Troy Calhoun is shown talking to an assistant against Fresno State during the second half of an NCAA college football game in Fresno, Calif., Friday, Oct. 28, 2016. (AP Photo/Gary Kazanjian) 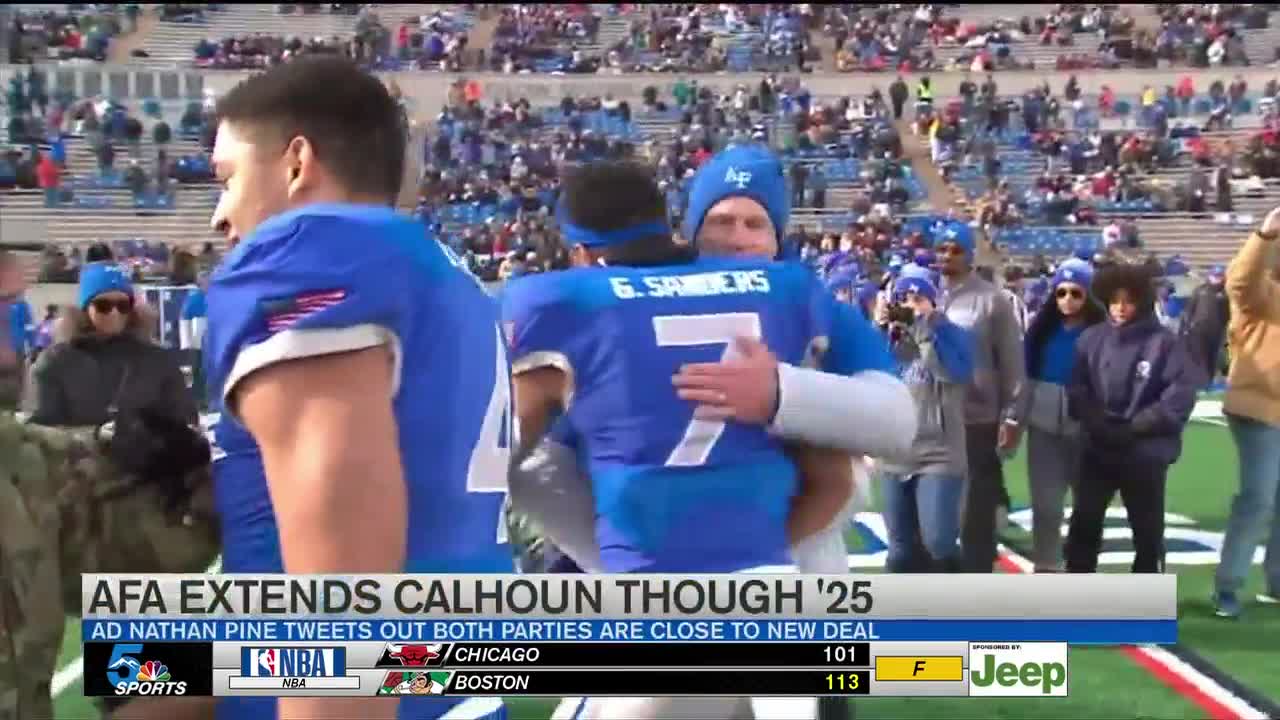 USAFA — According to a tweet by Air Force Athletic Director Nathan Pine, the Falcons are extending head football coach Troy Calhoun's contract through 2025.

Falcon Nation: I'm thrilled to share that we are in the final stages of agreeing to a new contract with Coach Calhoun. The new contract will have Coach Calhoun leading @AF_Football through the 2025 football season. It's a great day to be a Falcon! #LetsFly ⚡️✈️⚡️

The Air Force athletic department did confirm that contract negotiations are in the final stages, but would not release the exact terms of the contract.