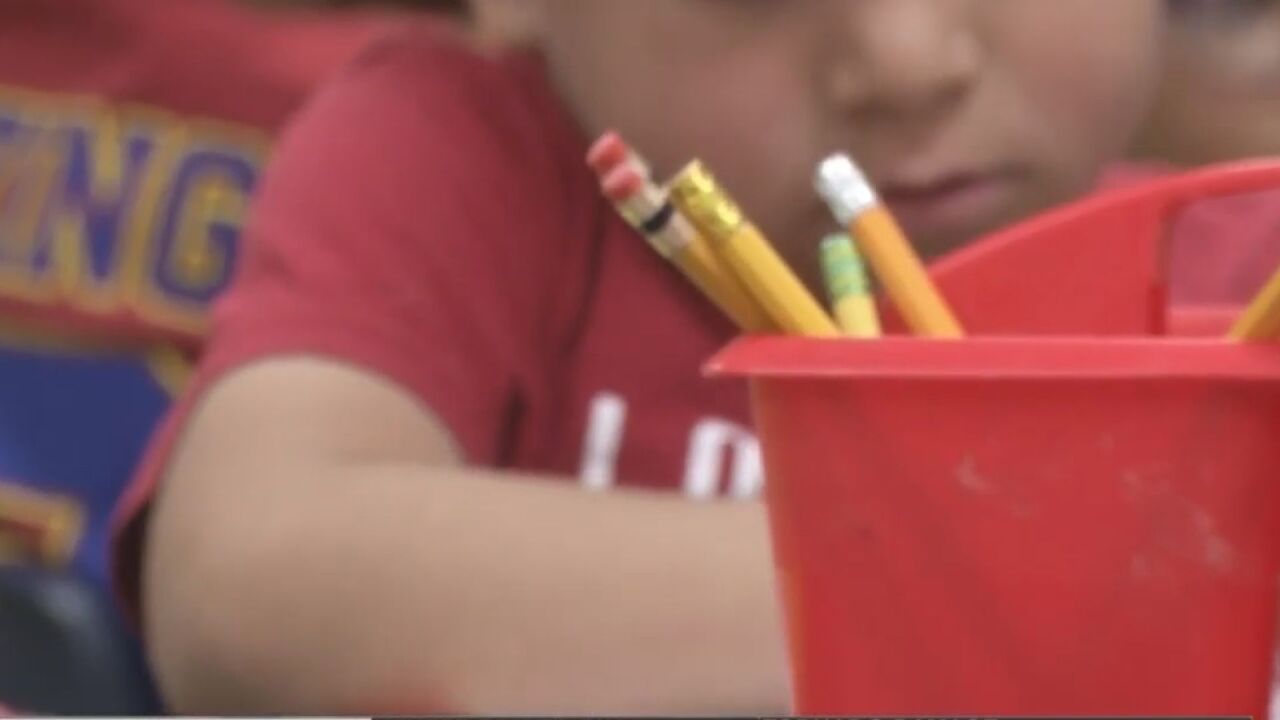 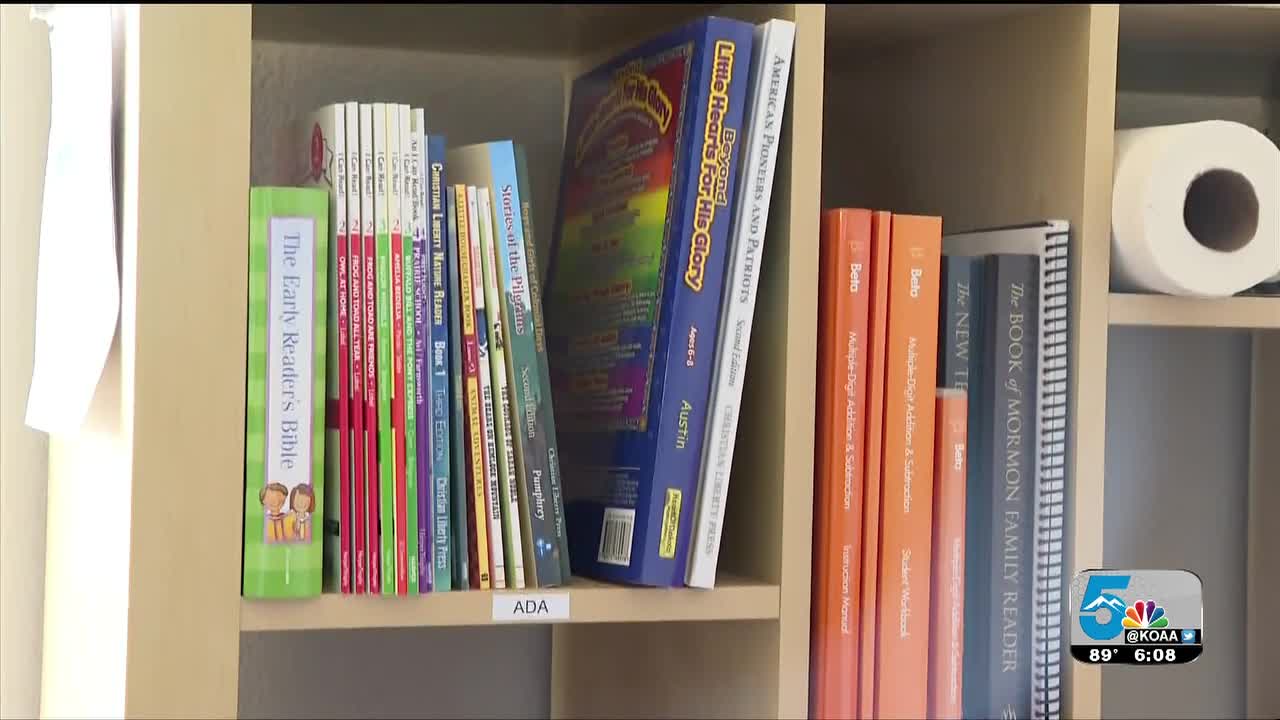 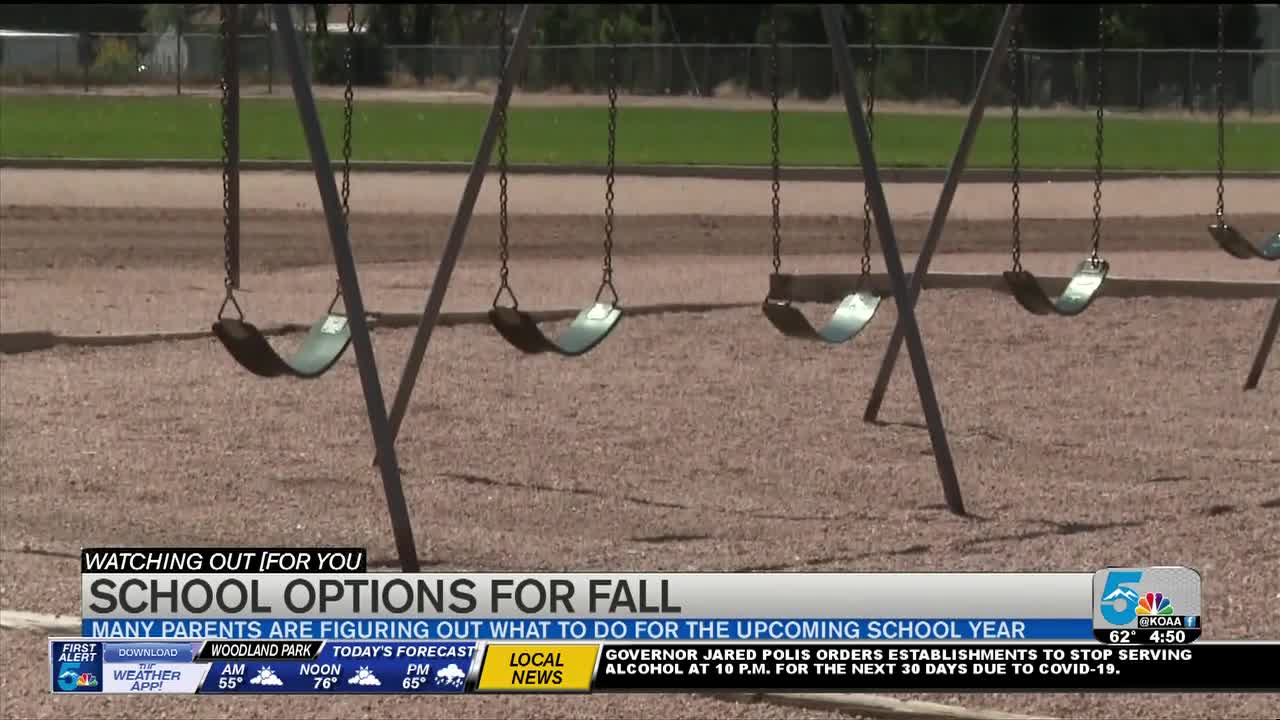 COLORADO — As plans change constantly for the upcoming school year, one thing is certain- it's going to look different.

Some school districts have delayed starts for the year, others are moving forward with a hybrid model. For some families in Colorado Springs, they're deciding to go fully online or even begin homeschooling.

"There's just so many variables that nobody can really plan for," Mary Walsh, a parent in Colorado Springs said.

Walsh, like dozens of families, is now homeschooling her kids at least for the first semester. She ultimately made the decision for her second-grader, who has diabetes.

"Her anxiety is actually pretty high in just normal circumstances," Walsh said. During a typical day, her daughter needs to see the nurse a few times. Walsh felt it would be best to keep them at home with her.

"I wanted to make a plan," Walsh said, "the only plan that I'm in control of is a homeschool plan."

In Walsh's home, she's created a schoolroom which also doubles as their home office. As a stay at home mom, her days changed slightly in March with her kids home all the time. She initially planned on returning to work when both of her kids were in school- but now she's putting those plans on hold.

The interest is noted by an admin for a Facebook group in Colorado Springs who says dozens have asked to join the group every day. Others who work in the homeschooling business, echo that sentiment.

"It's exploded," Colleen Prayne, who runs a business mentoring home school families in Colorado Springs, "there are so many people who want to get started." Prayne says a majority of families reaching out to her aren't on board with the guidelines when it comes to social distancing and wearing masks at school.

"People are dismayed by the current state of events, the pandemic- everything that it's brought," Prayne said.

While the guidelines aren't sitting well with some parents- others are concerned about the pandemic and potentially exposing teachers or their kids. With those concerns, parents like AnneMichelle Johnson have instead opted for school-at-home, where her students will do an online-only option through the district.

The interest is certainly there for options beyond whatever return to school may look like in the fall. Some parents who have homeschooled for awhile, like Kellie McHugh say she's had numerous parents reaching out to her to get an idea of what homeschooling looks like.

McHugh is concerned parents will burn out trying to replicate traditional schooling for their students.

"Your child in a traditional school setting where there's 20,25, sometimes 30 kids in a classroom is very different than a one on one situation," McHugh said.