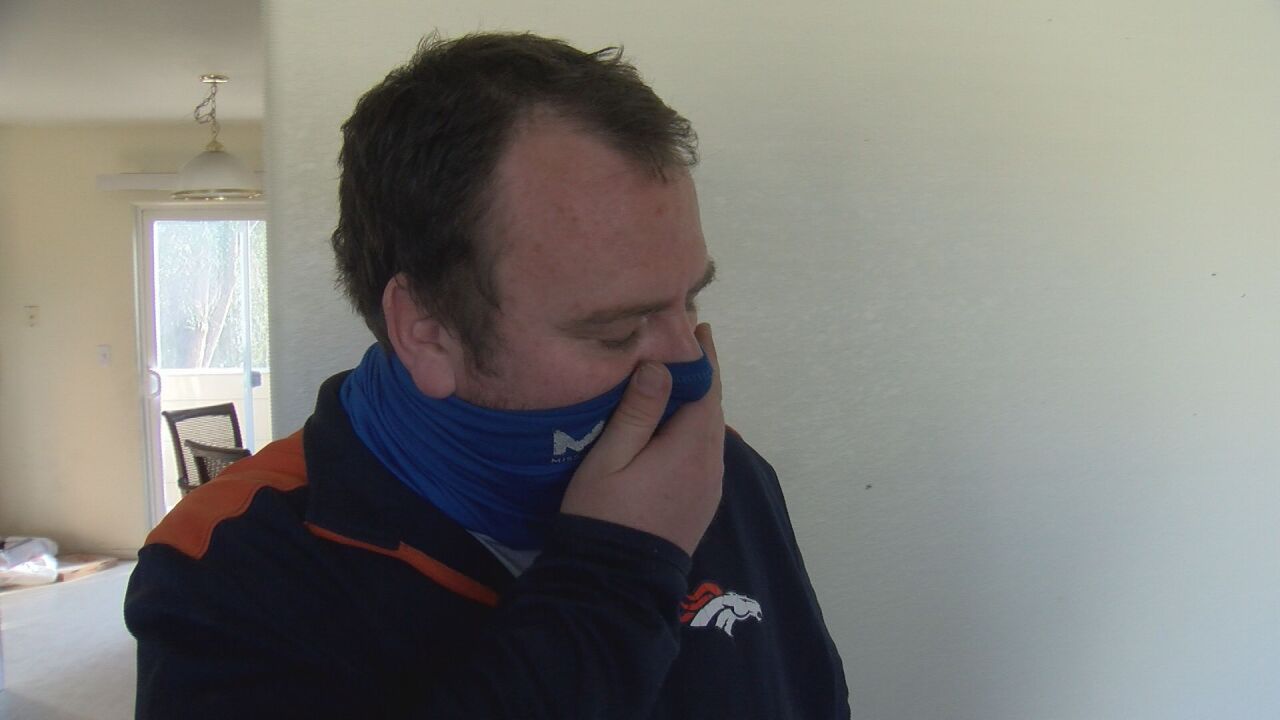 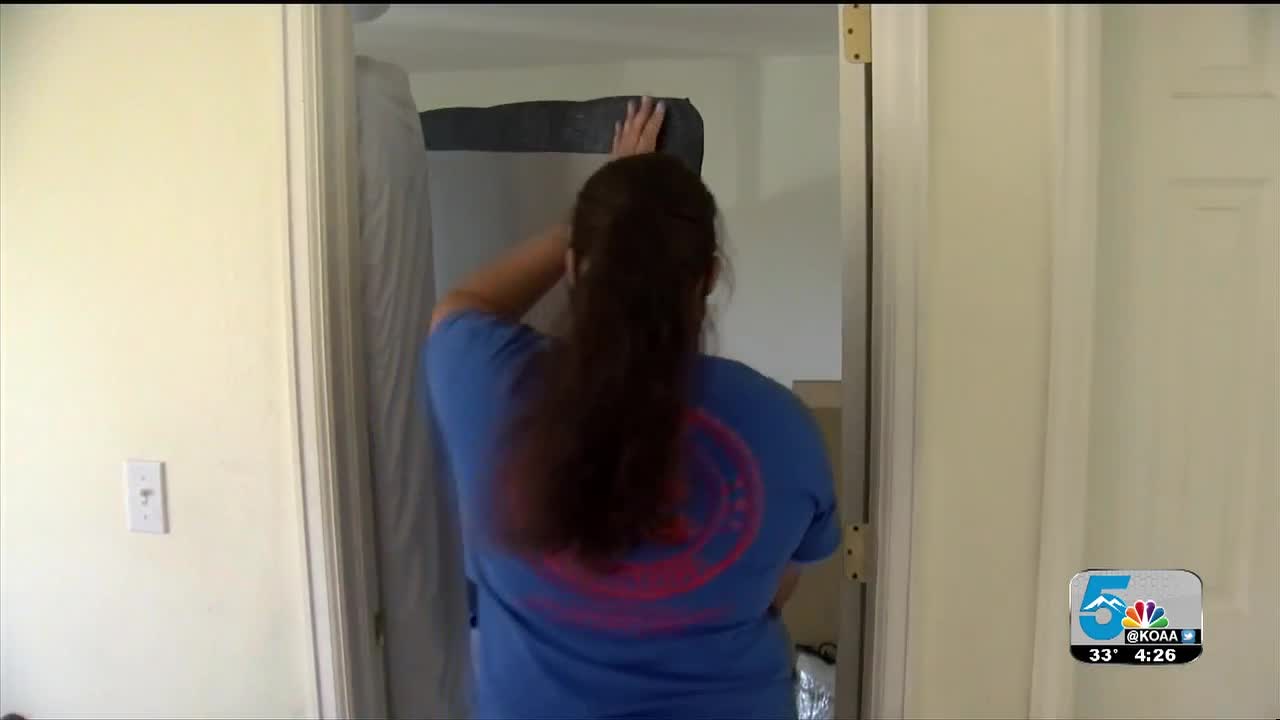 COLORADO SPRINGS — Earlier this month, News 5 Investigates aired the story of a disabled veteran's family who was forced to stay in a hotel for months while squatters lived in their condo, rent free.

The family now has their home back but inside, there was nothing but trash and a few items like a sleeping mat left behind.

News 5 interviewed Peter Dover and his wife, Leah, at a Colorado Springs hotel after they reached out for help---claiming no one was willing to assist them in getting access to their condo back.

They say their pleas with police and the courts fell on deaf ears.

On the day our cameras showed up, we noticed the family of four was crammed in a 1-bedroom hotel room with 1-bed.

The youngest daughter, Emma, has to sleep on the floor while the oldest sleeps on the sofa chair.

According to property records, the family owns a 2-bedroom condo on the southeast side of Colorado Springs.

For months, Peter says his family has had no access to it, after squatters moved in and changed the door locks.

To get caught up on how squatters got inside in the first place, you can watch our original story here.

Peter says police told him this situation was a civil matter and that they had to go through the standard landlord-tenant eviction process to get them out.

"We have great trust in law enforcement but at this point in time, when do I receive the protection that these people are getting," Peter said in his initial interview with News 5. "They are living in our home for free while me and my children and wife are living in hotels---bouncing hotel to hotel."

Chief Investigative Reporter Eric Ross was able to walk the family through what they needed to do in court to get their condo back immediately----and it worked.

Unfortunately, the condo wasn't in any shape for a family to be living in.

"When I came in, I noticed leftover trash and (broken) furniture," Peter said.

There were also numerous beer bottles, nails, and cigarettes everywhere.

"The garbage disposal is filled with cigarette butts and I believe bottle caps," Peter said.

Their story tugged at the hearts of many viewers throughout southern Colorado.

"Many people are struggling out there and we just saw the story and knew that we could make a difference," Jason Duffy-Langeland said.

Jason and his husband Thomas own Ross Auction, a local auction house and used furniture store in Colorado Springs.

"We wanted to help any way we could to get this family back on their feet," Jason said. "What the family will receive today is a couch which is a sleeper sofa. They'll also receive a dining table and four chairs, two dressers--one for the parents and one for the children."

The auction house also donated a twin mattress to accompany another bed the family has, along with an entertainment center, TV, and mirror.

"Oh my god, thank you," Peter said when we surprised him with the news.

"The person to actually thank is Thomas Langeland from Ross Auction," Chief Investigative Reporter Eric Ross said. "He's the one donating all of this."

"We got wind of this (situation) from Eric," Thomas told Peter. "Our hearts went out to you and your family. This is what we can do and hopefully it helps out."

Within about 45 minutes, the crew had brought in all of the furniture and set it up.

We also had another surprise for the children.

"I heard you like toys," Ross said to the children. "I'm going to let you go to Wal Mart and you each can get a toy of your own."

"Thank you," both girls said.

"That's not all," Ross replied. "We know you'll need bedding and pillows and other essentials so we have a $500 Wal Mart gift card for you and your family and this is also from Thomas and Jason with Ross Auction."

News 5 also noticed a lack of food in the refrigerator, so Chief Investigative Reporter Eric Ross made a call to the Care and Share Food Bank for Southern Colorado.

"We wanted to be able to help you and your family out," Joanna Wise with Care and Share Food Bank said. "We know often times food can be difficult to afford with everything else going on so we packed up our vehicle and loaded it up with food and we want you to be able to enjoy it."

News 5 would like to extend its gratitude to the people at Ross Auction, Care and Share Food Bank and the numerous other viewers who reached out, wanting to know how to help.

Do you need help from our investigative team to solve a problem or issue in your community? You can reach our unit by calling 719-228-6275 or sending an email to News5Investigates@KOAA.com.