COLORADO SPRINGS- In part one of our investigation into the dangers on our roadways we dug into the stats from 2018 and why crash scene investigators believe we are experiencing such a deadly and dangerous time on our roads. In the conclusion of this investigation we uncover the bad habits of drivers making out daily commute dangerous and focus in on what investigators call the biggest threat to our safety on the roads, distracted driving.

For the last 14 years Colorado State Patrol Trooper Gary Cutler has worked to keep our roads safe and educate drivers on their mistakes. Now, he’s working with News 5 Investigates to help uncover some of the bad habits making our daily commute dangerous.

“I’ve had many people be really rude to me on the roads, so I try to just get away,” a driver told Trooper Cutler during a traffic stop.

Trooper Cutler responded, “I understand that. Just so you know I have a news crew with me here today and this is the reason we are stopping people here today. Talking about road rage and distracted driving.”

Normally Trooper Cutler identifies problems from his patrol car, but for this investigation he rode shotgun with us in our news vehicle.

“I see a lot. I see so much more when I’m not having to focus on the driving,” Trooper Cutler said after putting on his seat belt in the passenger seat of our news vehicle.

On our drive, immediately we spotted people on their cell phones while driving, changing speeds and making frequent lane changes. Even at a stoplight, the use of a cell phone bothers our state trooper. 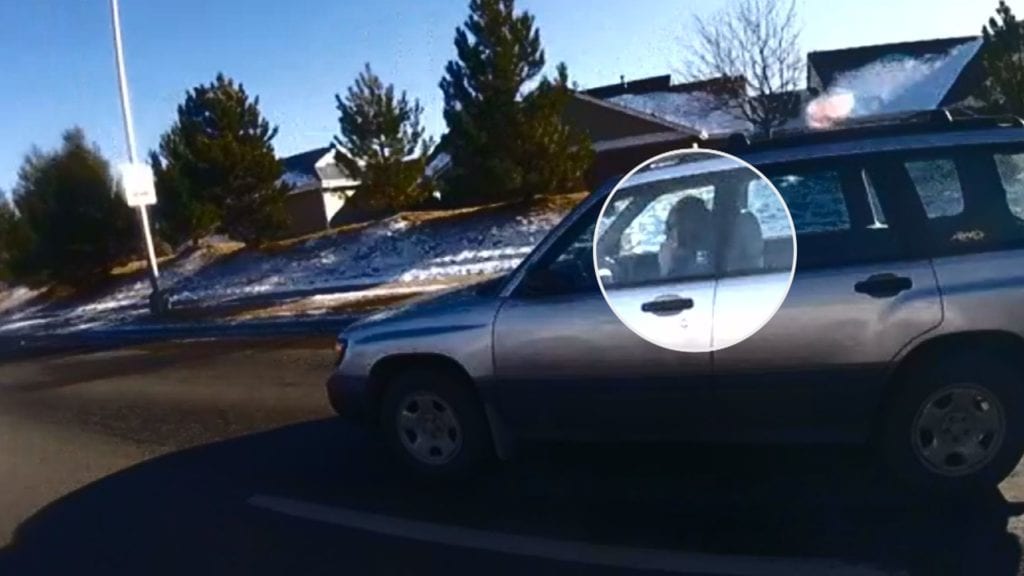 “Like right here she’s on her phone sitting here and not paying attention. She’s not driving right now, but she’s not focused on anything else. If the traffic goes she’s not going to be looking at that,” said Trooper Cutler. “She’s waiting for somebody to respond to her, or she is trying to find something and is trying to look at it. So those are the types of things that concern us when we see them on the road.”

The distracted driving didn’t end there…

“This SUV just behind the car to our right, the woman is putting on her makeup,” Investigative Reporter Patrick Nelson told Trooper Cutler.

Trooper Culter noticed the driver too, “She hasn’t stopped doing it while she’s driving either. She’s got the visor down and I just look at it as even if she hits a fender bender at some point like that if she’s got that eyeliner up there she can jab it in her eye. It’s just not worth it you know?”

“We saw people with dogs in their lap. You know? Kissing them in the face as they are driving,” Nelson said to Trooper Cutler.

“A lot of people don’t think that’s illegal you know? There’s not a law that says I can’t have my dog in front with me, but what it is is when they start affecting your driving it’s like having a person in your lap. You can’t have that and that’s going to impact your ability to stop, turn, look, do all the things so yeah,” said Trooper Cutler. “I know we love our dogs, but you’ve got to make sure they aren’t somewhere that’s going to impact your driving when you’re going down the road.”

During our one hour ride with Trooper Cutler we saw distracted driving comes in many forms and in some cases these decisions end in tragedy.

At the state capitol in response to the deadly year on Colorado roads, the rules of the road could soon be changing.

“If you are holding your phone and trying to drive at the same time they can say woah woah woah woah, you can’t do that anymore. That’s not the way we’re going to behave here in Colorado,” said Colorado State Senator Lois Court.

Court says her bill would make it illegal to hold a cell phone while driving and it could become law as soon at this summer. As more drivers from all over the country move to Colorado, Senator Court says this is an area lawmakers must set a standard.

“We shouldn’t simply accept that because we have more people on the roads that it’s ok that there is more danger on our roads. That is not ok,” said Court.

The use of a cell phone while driving bill will go before the Senate Transportation and Energy Committee Thursday. If it were to become law this summer, the bill calls for a $300 fine and four points on your driving record if you are holding your phone and driving. Talking on the phone while driving and using a hands free device would be legal.

To check out more of this investigation: Part 1- News 5 Investigates: Deadly crashes in Colorado Springs