Two weeks after Colorado Springs police confirmed to News 5 that a criminal investigation was launched into AAG Auto Hail Repair, there are now questions over whether police are conducting a thorough investigation.

AAG Auto Hail Repair is accused of forging a customer’s signature to defraud an insurance company out of $5,000.

“That is not my signature,” customer Vernon Jones told News 5 earlier this month. “I know how to spell my own name.”

Jones says employees at AAG requested his unsigned insurance check up front as collateral. The check was supposed to be signed after repairs were made.

After Jones waited more than three weeks for information about repairs, he asked for his truck and unsigned insurance check back—only to find out from his insurance company that the check was cashed.

“I asked (my insurance company) to send me a copy of the check,” Jones said.

Jones claims the signature used to cash the check is a forgery. You can clearly see discrepancies between Vernon’s known signatures on the left side of the screen: 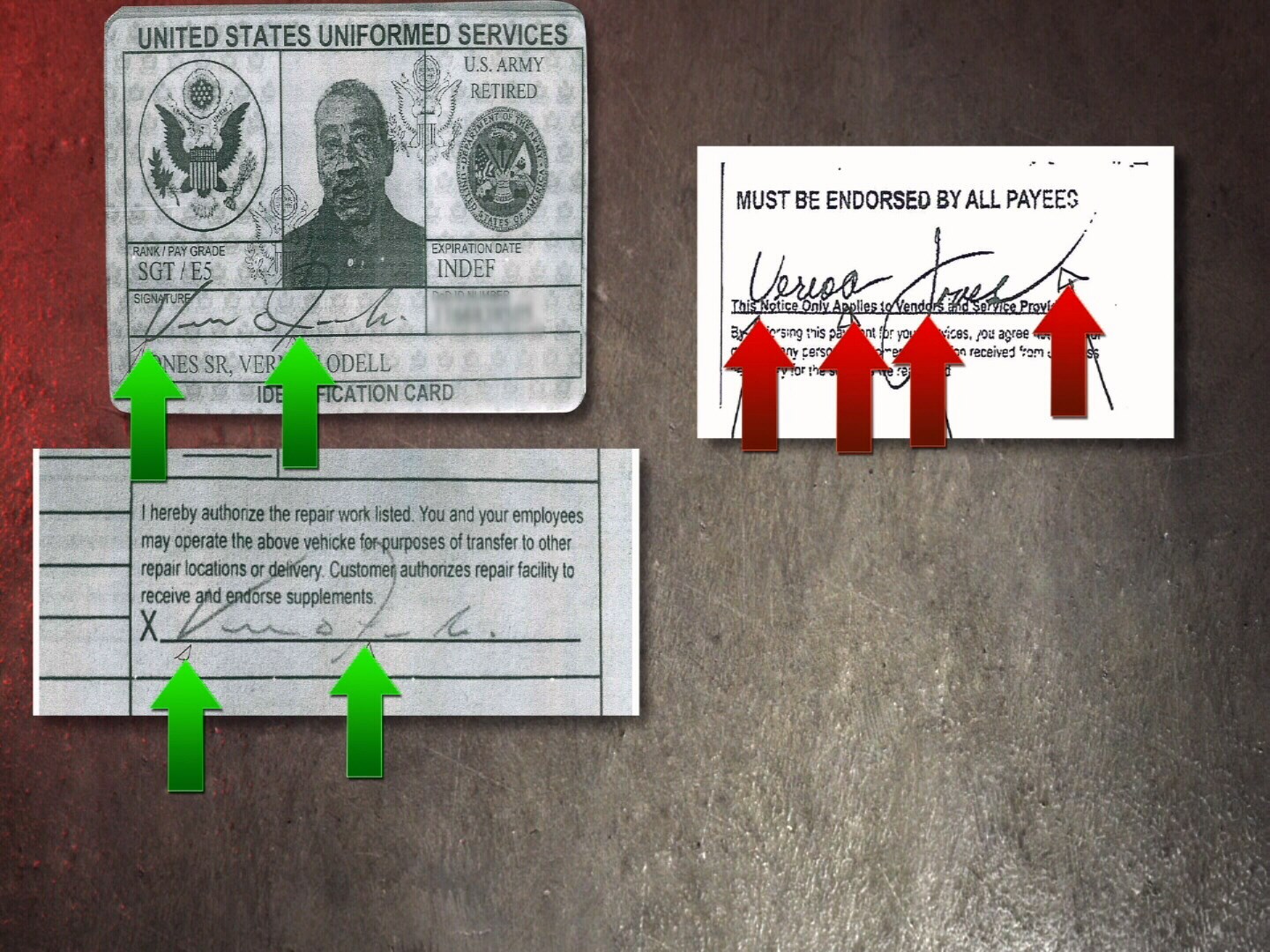 Jones claims Colorado Springs police didn’t even bother to collect his evidence, so we did the work for them and sent the examples off to two separate document examiners.

“With the information that I have, he (Jones) is not the writer,” Kathy Carlson said. “That’s not his signature.”

“We are so habitual,” Carlson said. “You always start in the same place and stop at the same place. You can close your eyes and sign your name a couple of different times and it won’t change, even with your eyes closed. It’s because our muscle memory is so strong when we are writing our signatures.”

We also got a second opinion from Dr. Laurie Hoeltzel, a forensic document examiner and handwriting expert. She too gave us a preliminary opinion via telephone indicating the alleged forgery and Vernon’s known signatures were written by separate individuals.

It’s unclear why police didn’t collect Vernon’s paperwork and to-date, police refuse to tell us whether the case is assigned to a detective.

To make matters worse, Jones says police told him this case was a “low priority” matter. 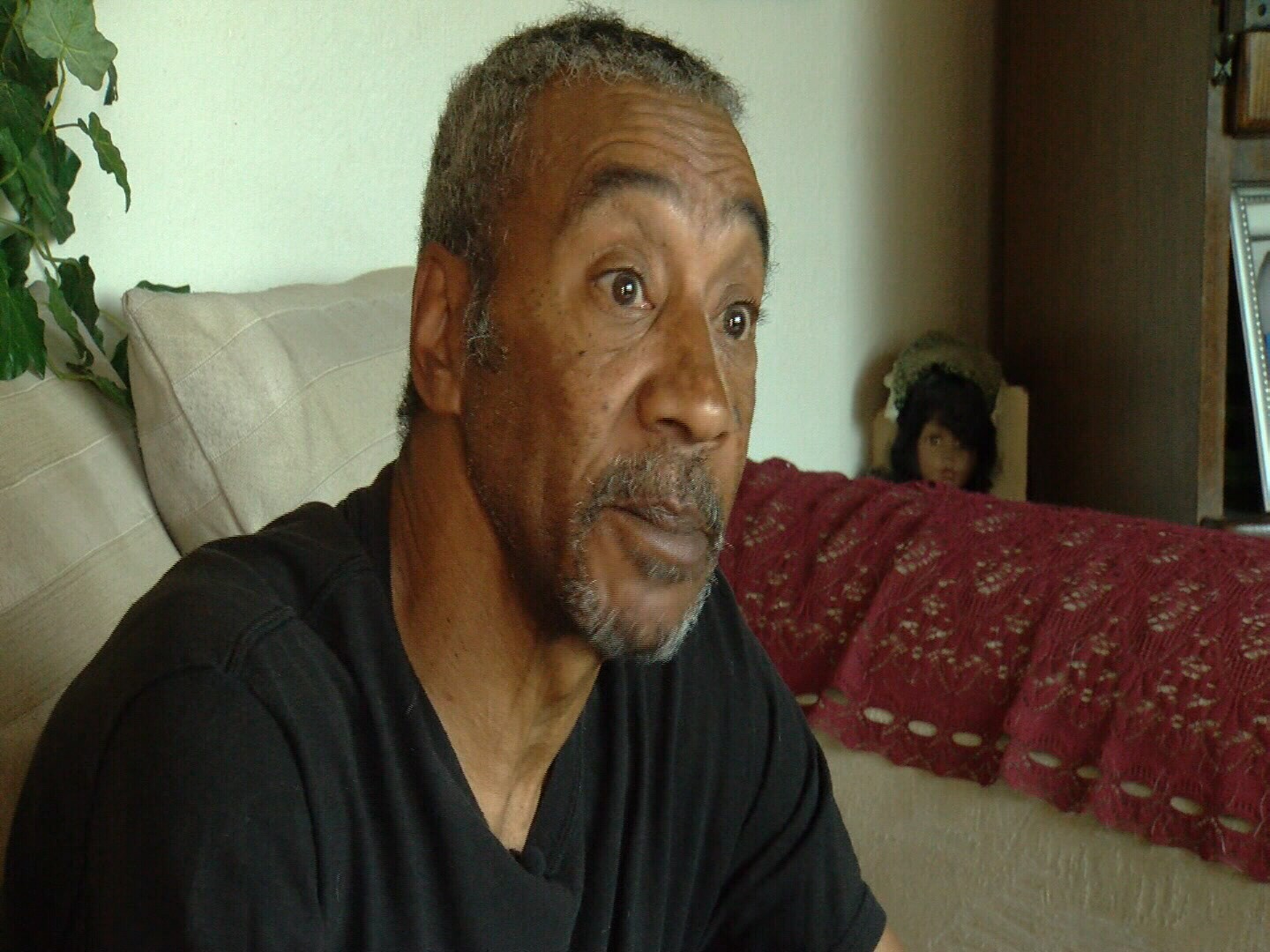 Jones even told News 5 that the initial officer who took the report said he was only taking it because he was ordered to do so by his supervisor.

In today’s world, mostly everything an officer says or does is captured on a police officer’s body-worn camera or recording device.

News 5 Investigates asked the police department to review the footage so we could understand exactly what officers told Jones.

Police declined and said that footage was part of the ongoing, criminal investigation.

The Colorado Springs Police Department frequently uses the term “ongoing, criminal investigation” to withhold information from the public. Under the Colorado Criminal Justice Records Act, law enforcement agencies have discretion on what information they believe should or should not be made public.

As of 5 p.m. Tuesday, AAG Hail Repair has removed their tent. Their company cars and all property are gone from their site at 1950 S. Academy. 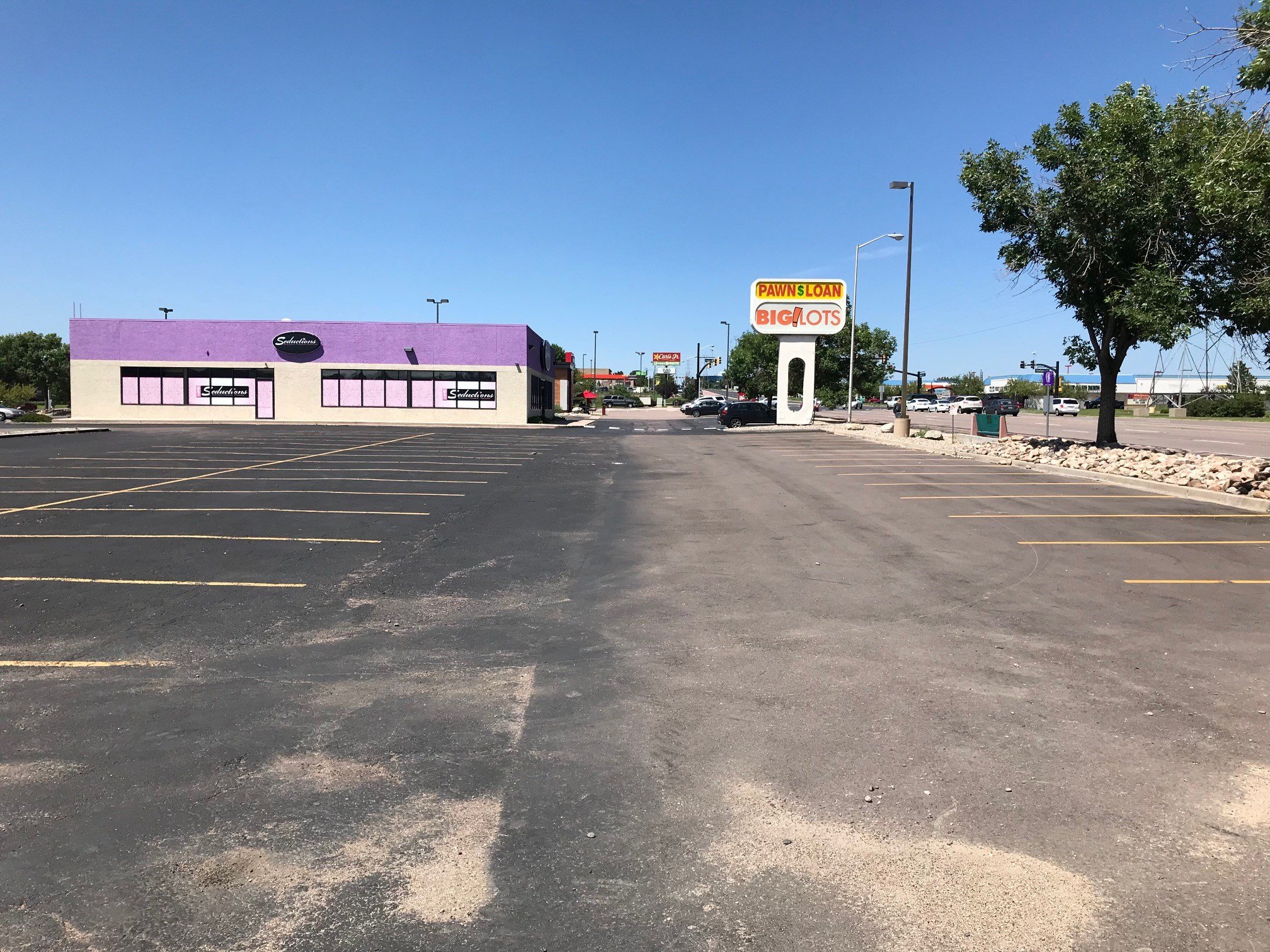 If you have a problem or issue you’d like our News 5 Investigates team to look into, please send an email to News5Investigates@KOAA.com.