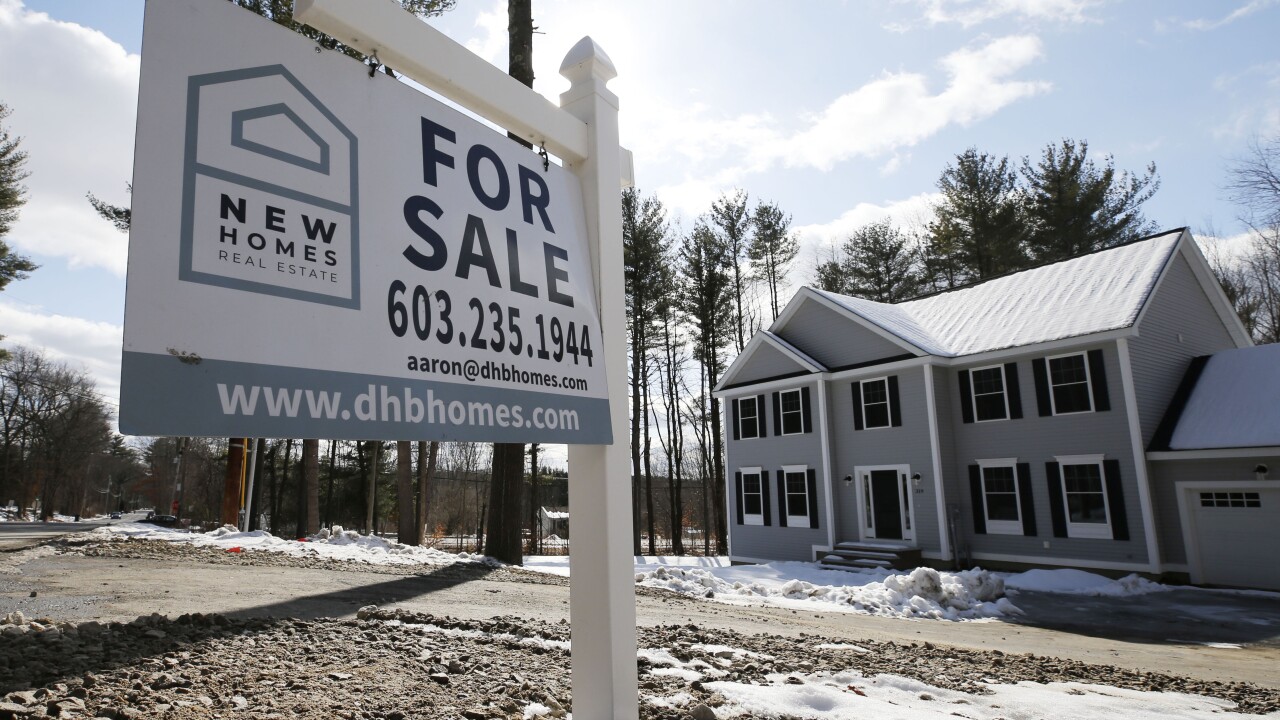 Copyright 2020 The Associated Press. All rights reserved.
Charles Krupa/AP
FILE - In this Feb. 20, 2020 file photo, a "For Sale" sign stands in front of a newly constructed home in Londonderry, N.H. U.S. home sales retreated 1.3% in January from the prior month, but low mortgage rates helped enable an increase in purchases from a year ago. Americans signed more contracts in February to buy homes, but the gains are likely relics of a moment before the coronavirus outbreak sent the U.S. economy spiraling into a likely recession. (AP Photo/Charles Krupa, File)

New numbers show Americans are struggling financially but trying to be proactive. In the last few weeks, requests to delay mortgage payments have skyrocketed.

At the end of March, there were more than 200,000 requests according to the Mortgage Bankers Association. The first week of April, that number jumped to more than 700,000.

The CARES Act allows people to delay mortgage payments for as long as a year. It’s a process that's won't be easy and is full of uncertainty.

“If you can manage to get that payment together, pay your mortgage because there is a whole lot of heartache involved in getting a forbearance, dealing with the backend of the forbearance, it’s just not worth it,” said Lisa Sitkin, senior staff attorney with the National Housing Law Project.

If you can't pay, know your loan servicer. A lot of people on federally backed loans aren't sure who that is.

While the CARES Act says you can delay payments up to a year, some loan servicers will likely start with 90 days.

How you repay is not in the CARES Act. It's likely people will be told they have to pay a lump sum back in 90 days. They'll end up having to call again and negotiate something else.

Housing advocates want modifications to the CARES Act. They want to tack forbearance onto the end of a loan. They're also advocating for forbearance to auto-renew at the end of the 90 days unless someone opts out. Neither have happened yet.

Call times right now are outrageous. Make sure you stay patient and think about those on the other end.

“And just thinking in terms of the commons or communally, if you're clogging up the phone lines and somebody else who really can’t pay it at all can’t get through, you've kind of made life harder for them,” said Sitkin. “So, I think it’s worthwhile and in so many ways we're trying to think about each other and take care of each other and that's one of the ways not to take advantage of this.”

Many mortgage companies are starting to take forbearance requests through email and online. Experts say it’s best to start there. Keep records of what you say and what you’re told by a representative.