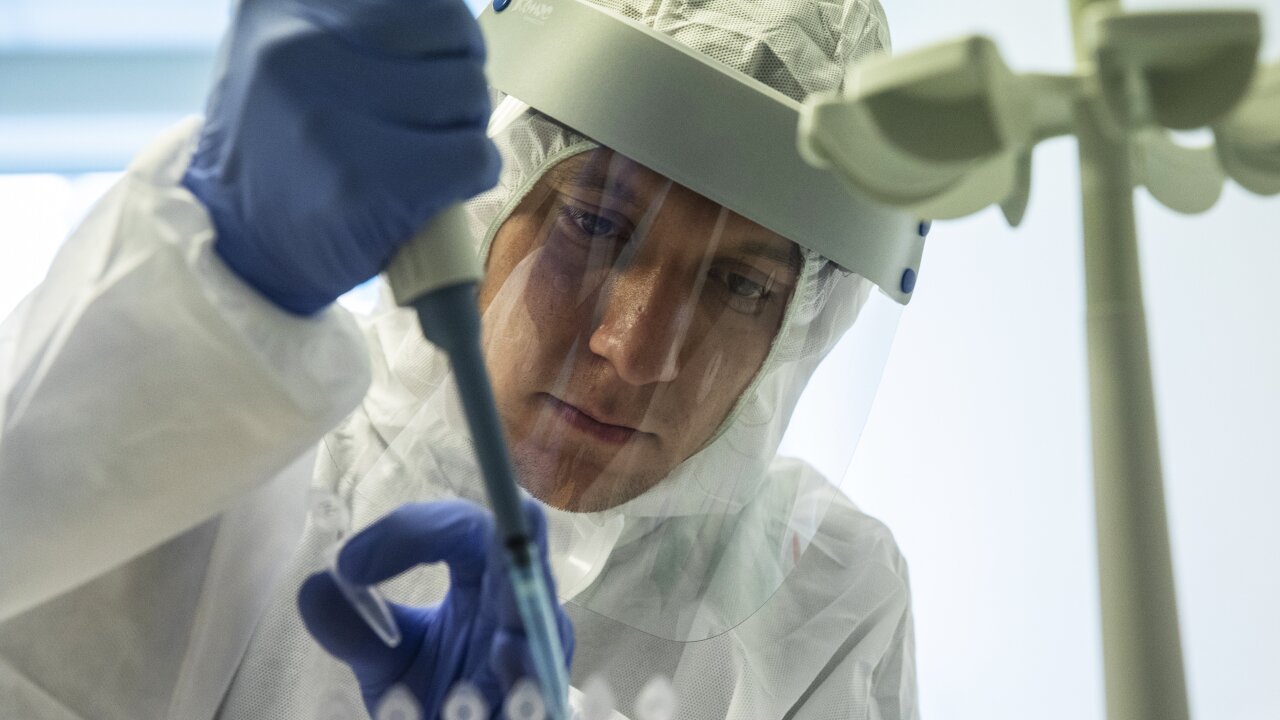 Copyright 2020 The Associated Press. All rights reserved
Pavel Golovkin/AP
A medical worker performs a COVID-19 test at a test center at Vnukovo airport outside Moscow, Russia, Friday, Aug. 7, 2020. Authorities in Russia say they are about to approve a COVID-19 vaccine, with mass vaccinations planned as early as October 2020, using shots that are yet to complete clinical trials. But scientists worldwide are sounding the alarm that the headlong rush could backfire and point to ethical issues that undermine confidence in the Russian studies. (AP Photo/Pavel Golovkin)

MOSCOW (AP) — Russian President Vladimir Putin says that a coronavirus vaccine developed in his country has been cleared for use and one of his daughters has already been inoculated, even as international experts have questioned its safety.

Speaking at a government meeting Tuesday, Putin said that the vaccine has proven efficient during tests, offering a lasting immunity from the coronavirus.

Putin added that the vaccine underwent the necessary tests, saying that one of his two adult daughters has received two shots of the vaccine.

Putin said that his daughter had a temperature of 38 degrees Celsius (100.4 Fahrenheit) on the day of the first vaccine injection, and then it dropped to just over 37 degrees (98.6 Fahrenheit) on the following day. After the second shot she again had a slight increase in temperature, but then it was all over.

“She’s feeling well and has high number of antibodies,” Putin added. He didn’t specify which of his two daughters — Maria or Katerina — received the vaccine.

However, scientists at home and abroad have been sounding the alarm that the rush to start using the vaccine before Phase 3 trials — which normally last for months and involve thousands of people — could backfire.

Russian authorities have said that medical workers, teachers and other risk groups will be the first to be inoculated.