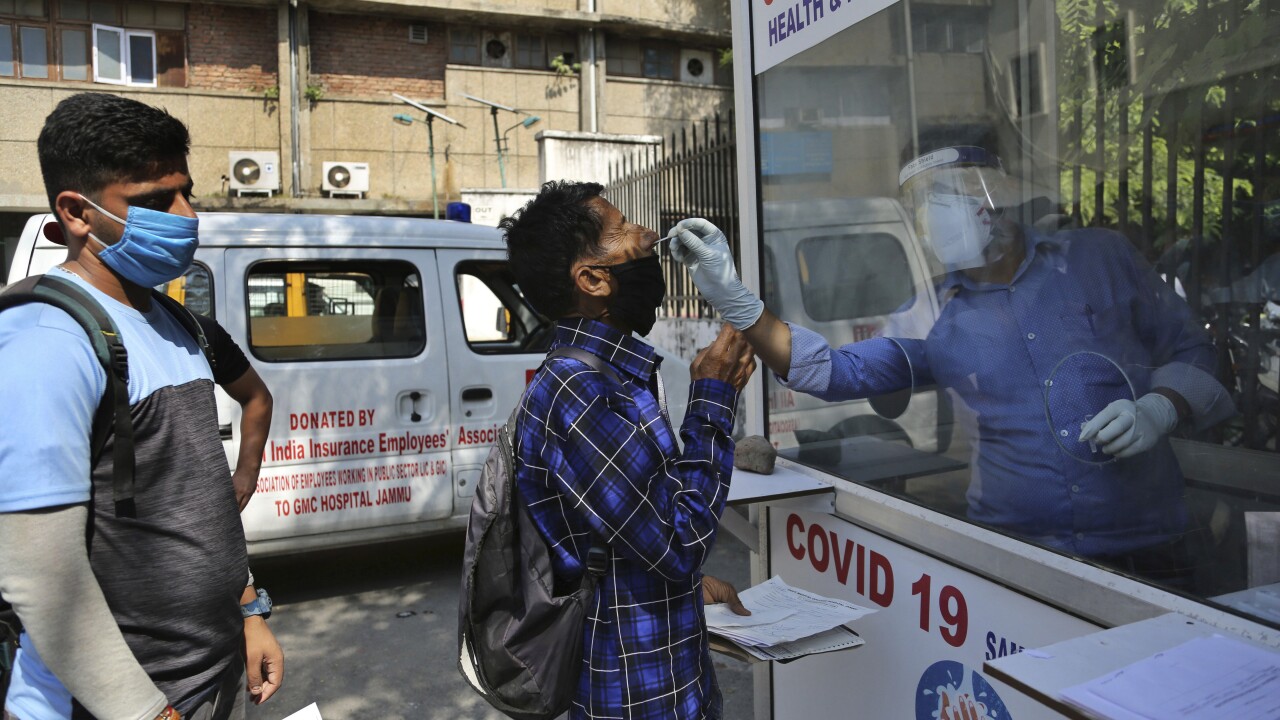 Children and the elderly may be good at spreading the coronavirus among their age groups, and young adults may be the primary source of community spread, or “super spreading,” according to a new study.

The study, published Wednesday, involved the coronavirus testing results of a large contract tracing effort in two states in India. Researchers had results from more than half a million people from Tamil Nadu and Andhra Pradesh regions traced after more than 80,000 primary, or index, positive cases.

They found that only 8 percent of index cases accounted for 60 percent of new infections. And that about 70 percent of infected people did not infect any of their contacts.

"That's a hugely disproportionate effect. Superspreading has been suspected, but not really documented,” study leader Ramanan Laxminarayan of the Center for Disease Dynamics, Economics and Policy in New Delhi, and also of Princeton University, told CNN.

“The greatest proportion of test-positive contacts within most age groups were exposed to index cases ages 20-44 years,” researchers found.

While that age group resulted in the highest rate of secondary cases, children under 15 also had high rates of secondary spread among their own age group.

During the time period researchers looked at, roughly March through August, schools were closed and there were still high rates of coronavirus recorded among children.

"While the role of children in transmission has been debated, we identify high prevalence of infection among children who were contacts of cases around their own age," the team wrote in their report, published in the journal Science.

The data was collected thanks to rigorous surveillance and contact tracing measures.

“Procedures include syndromic surveillance and (COVID-19) testing for all individuals seeking care for severe acute respiratory illness or influenza-like illness at healthcare facilities; delineation of 5km “containment zones” surrounding cases for daily house-to-house surveillance to identify individuals with symptoms; and daily follow-up of all contacts of laboratory-confirmed or suspect COVID-19 cases, with the aim of testing these individuals 5-14 days after their contact with a primary case, irrespective of symptoms, to identify onward transmission,” the study lays out.