Student who posted photos of packed halls has received threats 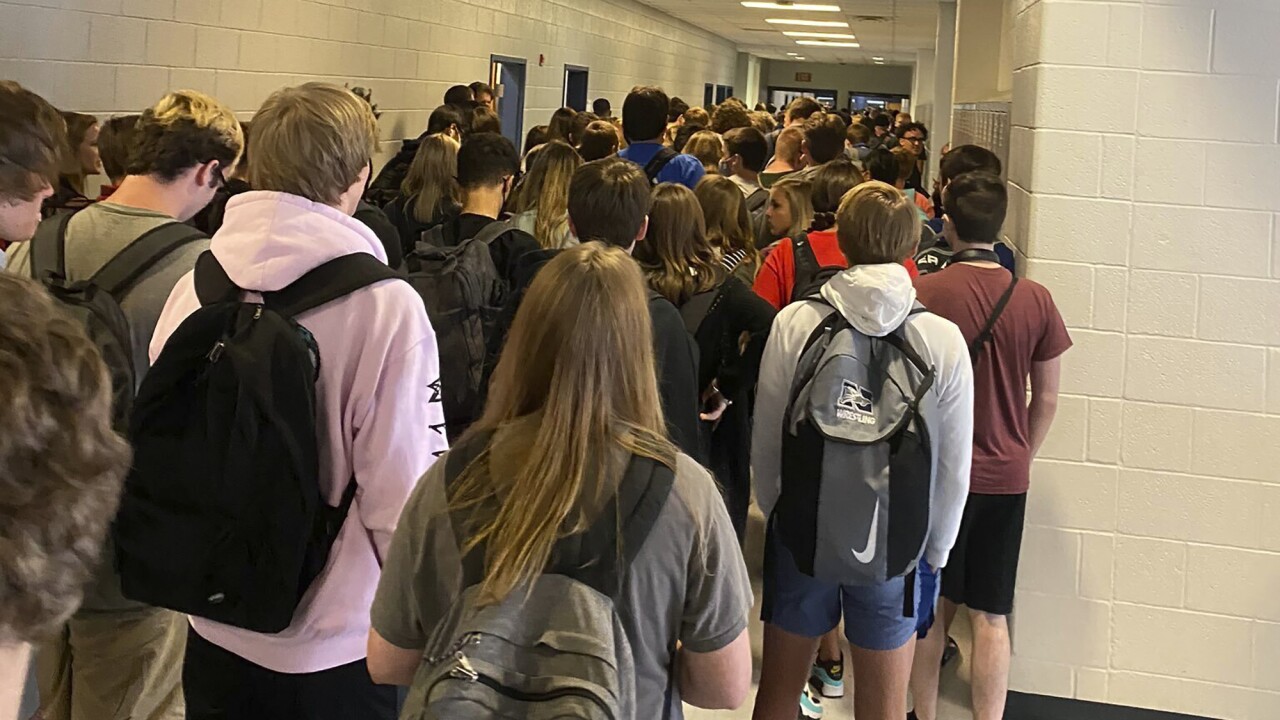 DALLAS, Ga. — A Georgia high school plans to start the week with all classes shifting online after nine students and staff tested positive for the coronavirus as the school year opened with in-person classes last week.

Paulding County Schools Superintendent Brian Ott sent a letter to parents Sunday saying those two days will be used to clean and disinfect the school.

Ott disclosed Saturday that six students and three staff had tested positive for the virus.

The school made headlines last week with photos posted to social media that showed hallways crowded with students who weren't wearing masks.

Hannah Watters, a student who posted photos of the school’s crowded halls, was suspended for her actions, but the punishment was later lifted.

Since posting the photos and making headlines, Watters says she has received threats. The sophomore told CNN that she and her loved ones have been sent screenshots of group chats with threatening language against her.

Watters believes much of the school’s staff supports her actions, but some of her fellow students don’t.

"I feel like a lot of teachers have my back because they know how dangerous it is going to school,” she told CNN. “But I know that a lot of the kids I go to school with, I've already gotten backlash for it. I've gotten threats and things like that, but I know that I'm doing the right thing and I, and it's not going to stop me from continuing doing it, but it is concerning, especially since it's a lot of the people I go to school with, people I've known for years now, that are threatening me now."