Group of cruise lines suspend US operations until at least Oct. 31 due to virus concerns 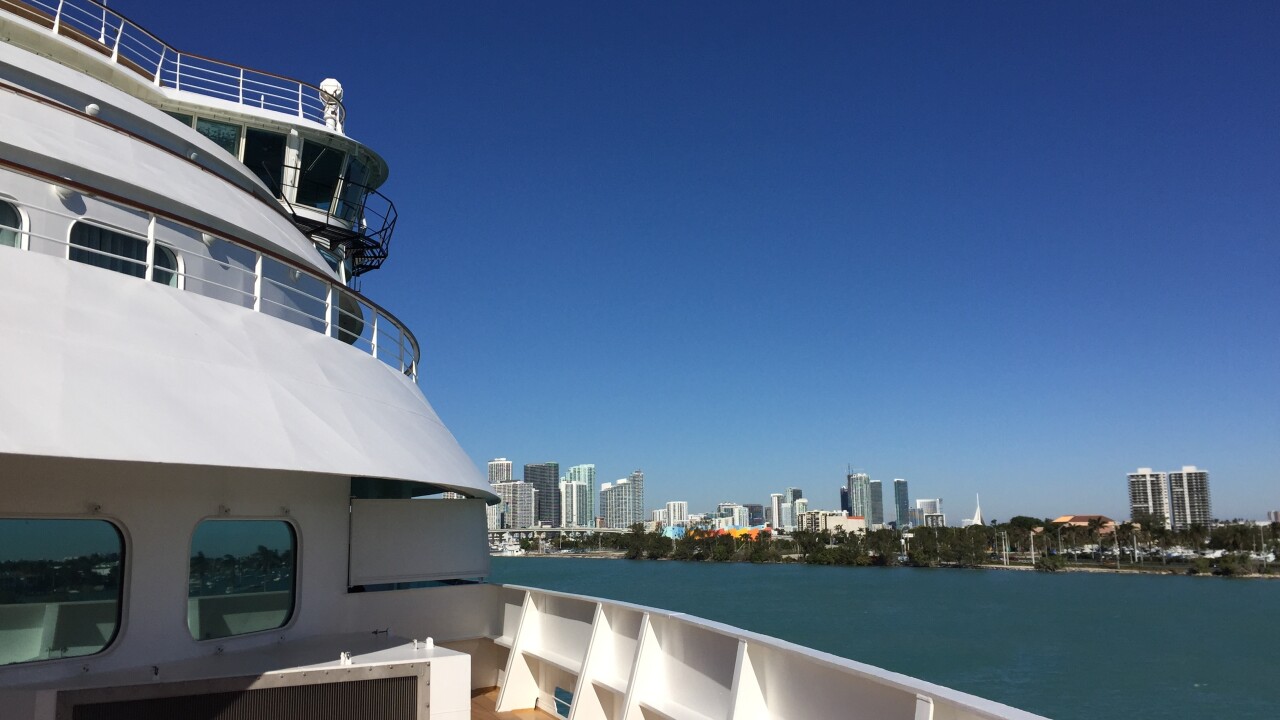 Copyright 2018 The Associated Press. All rights reserved.
Beth J. Harpaz/AP
This Jan. 4, 2018 photo shows a view from the deck of the Seabourn Sojourn cruise ship in the port of Miami. A panel of cruise experts from CruiseCritic.com, the Miami Herald and the Cruise Lines International Association gathered on the Sojourn in a forum moderated by The Associated Press to discuss issues and trends in the cruise industry with a live audience of cruise passengers. (AP Photo/Beth J. Harpaz)

WASHINGTON, D.C. – It will be even longer until Americans can travel aboard cruise ships. A group of the nation’s top cruise lines have agreed to suspend their U.S. operations even further.

The association, made up of companies like Carnival and Norwegian cruise lines, had previously suspended U.S. operations until Sept. 15. The CDC’s no-sail order lasts through Sept. 30.

The association said it was a hard decision to further suspend operations, but it must be done to protect the public from the devastating effects of COVID-19.

“This is a difficult decision as we recognize the crushing impact that this pandemic has had on our community and every other industry,” said CLIA in a statement. “However, we believe this proactive action further demonstrates the cruise industry’s commitment to public health and willingness to voluntarily suspend operations in the interest of public health and safety, as has occurred twice prior.”

CLIA says its cruise line members will continue to monitor the situation with the understanding that they will revisit a possible further extension on or before 30 September 2020.

“At the same time, should conditions in the U.S. change and it becomes possible to consider short, modified sailings, we would consider an earlier restart,” wrote CLIA.

The impact of the suspension is particularly profound in states that depend heavily on cruise tourism, including Florida, Texas, Alaska, Washington, New York and California, according to CLIA.

The following global cruise lines are part of the association: