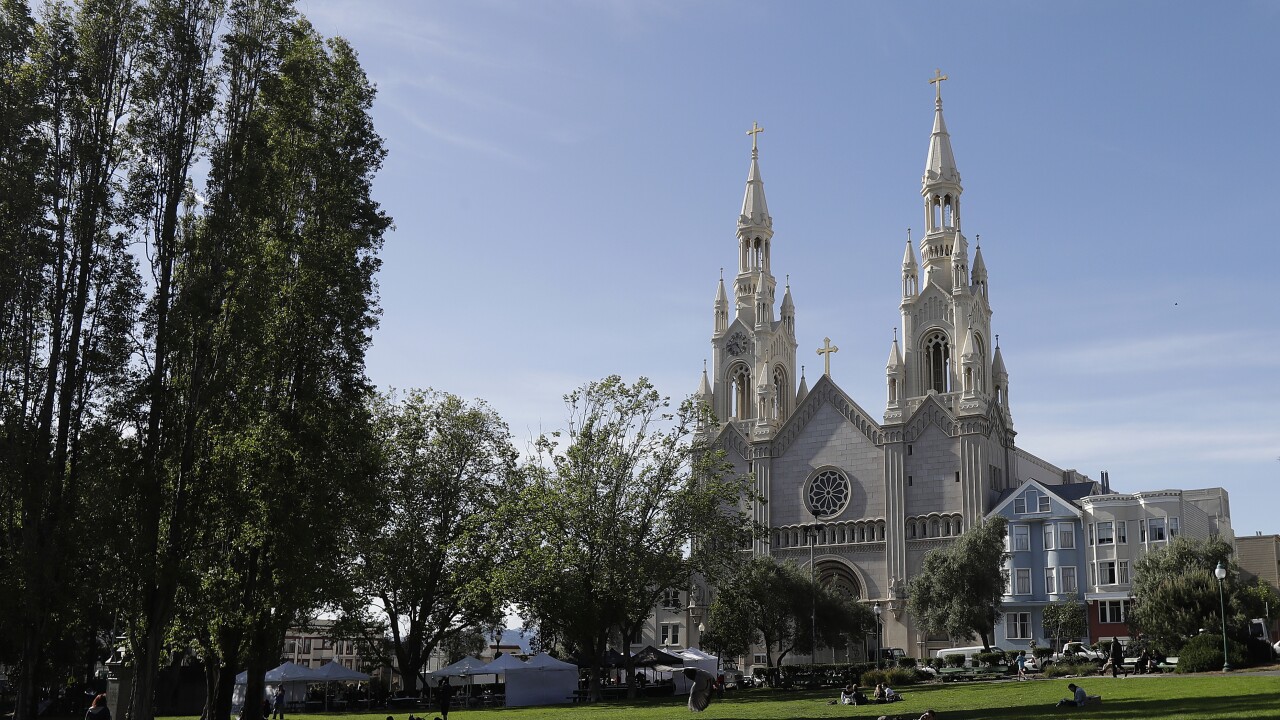 A couple reportedly tried to sneak into an iconic church in San Francisco to get married with dozens of their closest friends and family, and now several in the wedding party have Covid-19.

The guests were instructed to enter the church from an underground parking structure. Some of the pews were roped off, presumably to allow for social distancing.

Representatives from the San Francisco City Attorney's Office were able to stop many of the guests from going inside the church after spotting them, and told them the event had to be held outside. San Francisco’s coronavirus health guidelines allow up to 12 people to gather outdoors if there's no food or drink.

After being told to hold the ceremony outside, a large group moved to a nearby basketball court for the ceremony. Some guests watched the wedding on a video conferencing service from their cars, according to the Chronicle.

However, now some are reportedly sick. The bride and groom, as well as at least eight other members of the wedding party tested positive for the coronavirus, the San Francisco Chronicle reported on Sunday, citing information from two guests.

The San Francisco Archdiocese has already been warned about hosting large events and weddings, according to emails obtained by NBC Bay Area.