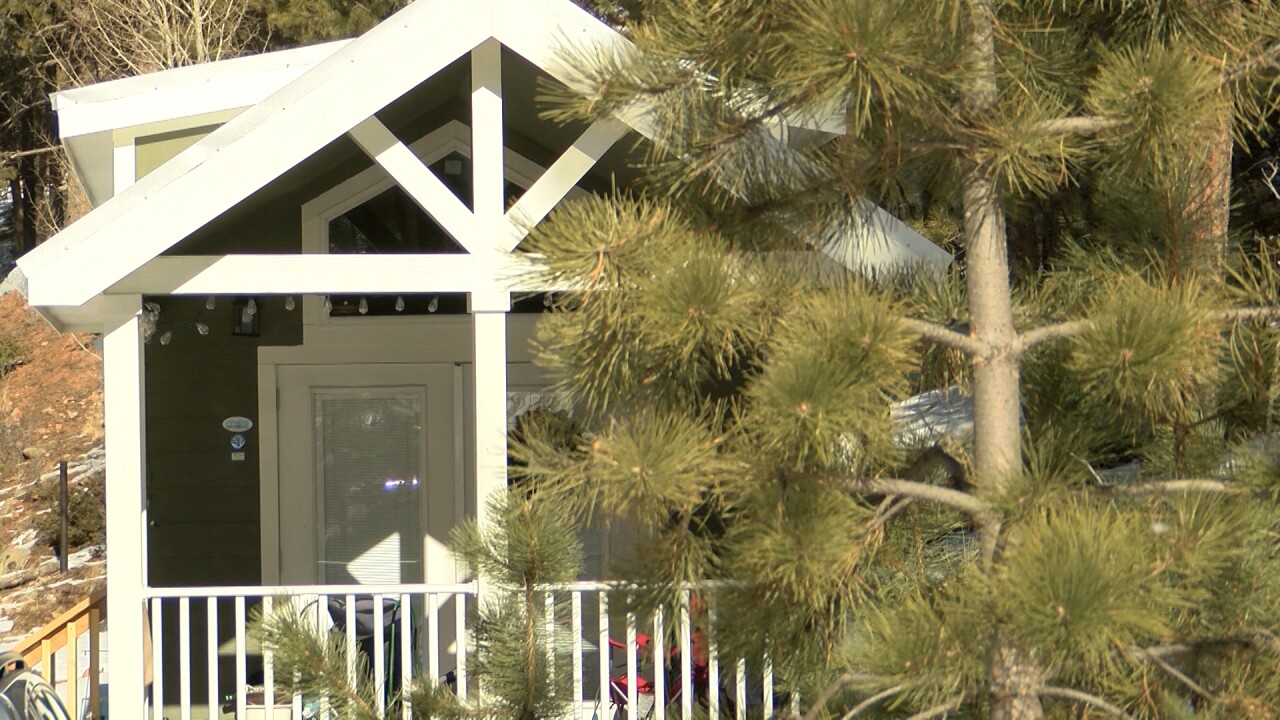 WOODLAND PARK — Development on the Village of Tamarac , a proposed community of 53 small modular homes in Woodland Park, has been approved. However, it faces appeals.

The application for development , after going through a revision process earlier in the summer, received approval with conditions from Woodland Park at the end of July.

However, this approval is not a final green light on the project.

Concerns voiced include problems with zoning, the appropriateness of the project, and potential harm to the community of Woodland Park at large.

Concerns also included a belief that this development, which will host "53 small manufactured homes on permanent foundations," according to the city, would be similar to that of a mobile home park.

The terminology "manufactured homes" is used to reference a number of different builds, including mobile homes.

"This is not just a neighborhood issue," commented Maria Sinel, heading up one group of residents in opposition to the project, "and I need to stress that."

According to Sally Riley, planning director for the city of Woodland Park, while the term "manufactured homes" is being applied to the development, the houses fall into a subset of those homes referred to as modular houses.

These houses are built in accordance to the International Residential Code (IRC), the same standard used to construct stick built houses.

The first appeal filed by residents will be heard before the city's board of adjustments on August 19th while the second is tentatively being planned during the first part of September.

"So we are hoping the board of adjustments reverses the approval of this particular project," stated Sinel.

According to Riley, the property is zoned correctly for the proposed project.

Citizens are also concerned about what the houses will look like, having received no actual pictures of the proposed buildings.

"We have seen no floor plan, no real drawing or real photograph of the units their intending to put in there," commented another concerned Woodland Park resident.

According to Pete LaBarre, a registered agent behind the project, that's because the homes aren't built yet, still going through the approval process at the state level.

"Once we have the state's approval, we'll be able to show the actual elevational renderings and color renderings. But still, until one is actually built, anything we provide is not going to be the actual home we're going to be building."

Another concern raised by residents and shared by the city and developers, is traffic impact the proposed project will have on the adjacent intersection.

According to LaBarre, they will be meeting with CDOT this week to discuss what options there are to improve the situation.

However, he believes that the responsibility should not fall squarely on the development's shoulders.

"We're working diligently to solve this issue," stated LaBarre, "but whether our development goes through or not, this should have been done years and years ago when all these other developments were put in."

"So, again, it's a little bit disingenuous for these people to say, 'well this intersection is terrible.' Well, it's terrible because the previous developers, for whatever reason were not required to [improve it]."

In regards to the traffic impact, the developers have filed their own appeal, which will be heard before city council at a yet undetermined date.

"This plan for this particular development with the 53 homes, I would like to see it stopped," said one concerned resident.

Other residents indicated that they would like to see an additional affordable housing option come into the town, but that this development is not the answer.

LaBarre disagrees, "It's about affordability, yes, but it's also about lifestyle and this is the lifestyle some people are choosing and we just say, we feel that we should be able to provide that for folks."

If the development makes it through the hearings before the board of adjustments, and depending on the decision made before city council regarding traffic impact, the next step would be a decision from the city regarding water usage.

If you want to read into the appeal submitted to the city, you can CLICK HERE .