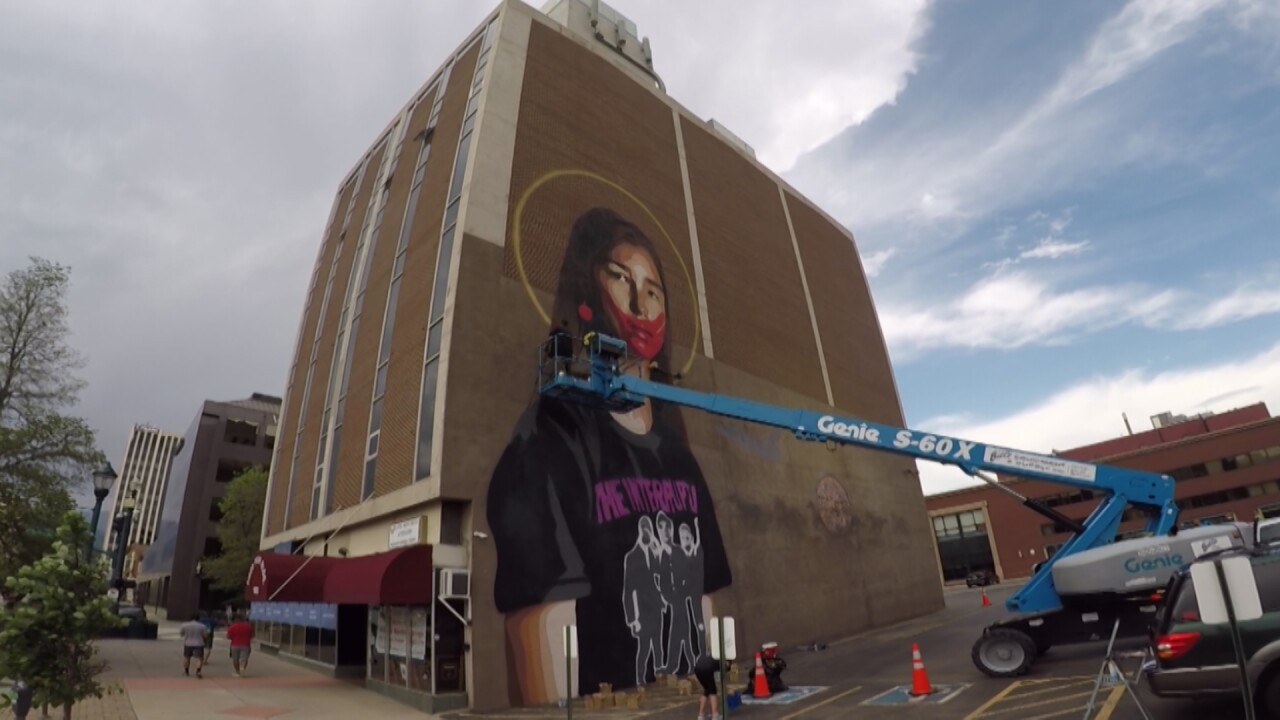 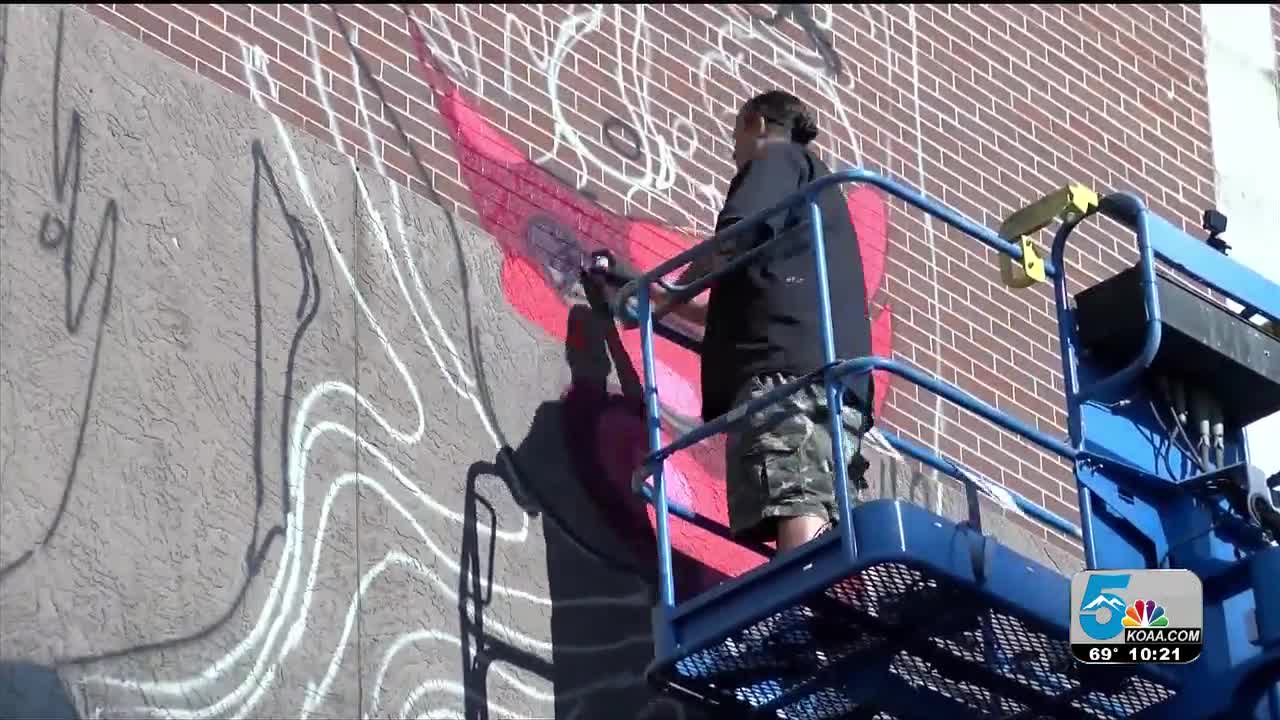 COLORADO SPRINGS — At the corner of Pikes Peak Avenue and Tejon Street in downtown Colorado Springs, there stands a building with a wall perfect for painting. As a part of the 22nd annual Art on the Streets, Gregg Deal, an indigenous artist who lives in El Paso County, took that building-sized canvas and turned it into art bearing a message.

The 77-foot mural occupies the east wall of the well-known brick office building on the northeast corner of 3 N. Tejon and depicts Deal’s 14-year-old daughter, Sage Deal, wearing a mix of contemporary clothing and traditional Indigenous accessories. Indigenous people embrace both their past & present but face stereotypes and are categorized by often inaccurate representation.

There is a red handprint covering the mouth of the portrait, a symbol that references the Missing and Murdered Indigenous Women, Girls and Two-Spirit (MMIWG2S) movement, which works to draw attention to the high rate that indigenous women, girls, and Two-Spirit (LGBTQ) people go missing or are murdered.

"It's a legitimate risk for me and my sister," commented Sage Deal, "and any other indigenous women and that's pretty scary and there should be more attention brought to that because it is very serious."

Deal firmly believes in using his medium of public art to talk about these issues that are important to not only his family but to indigenous communities as well.

"If I shed more light on it, if someone learns something new, then maybe somebody will look out for my daughter in the future if I'm not around, for the same reasons I look out for her," stated Deal.

The painting was presented alongside the Haseya Advocate program which works to address the "violence against Native survivors of domestic and sexual violence."

"The more that this [painting] brings awareness to what we're doing, it's potentially one woman saved, and that's the goal," commented Monycka Snowbird of Haseya Advocacy.

To learn more about Haseya and its services, CLICK HERE.

The mural is also about "Modern Indigenous identity and representation," according to artist and creator Gregg Deal.

I think a lot of people might just look at it and just see a portrait, and I'm alright with that. Native people are often not given a fair shake in terms of our identity being based in a modern sort of reality. We're so frequently a relic, that it doesn't allow for any conversation about our modern existence.

Through this portrait, Deal also hopes to create a greater sense of representation for indigenous people with the El Paso County community.

Deal hopes that this representation will be considered and create conversations inside the El Paso County community.

The process of painting the enormous mural took three full days which we have captured in a timelapse below.

Take Back the Power: New massive mural in downtown Colorado Springs
Copyright 2020 Scripps Media, Inc. All rights reserved. This material may not be published, broadcast, rewritten, or redistributed.