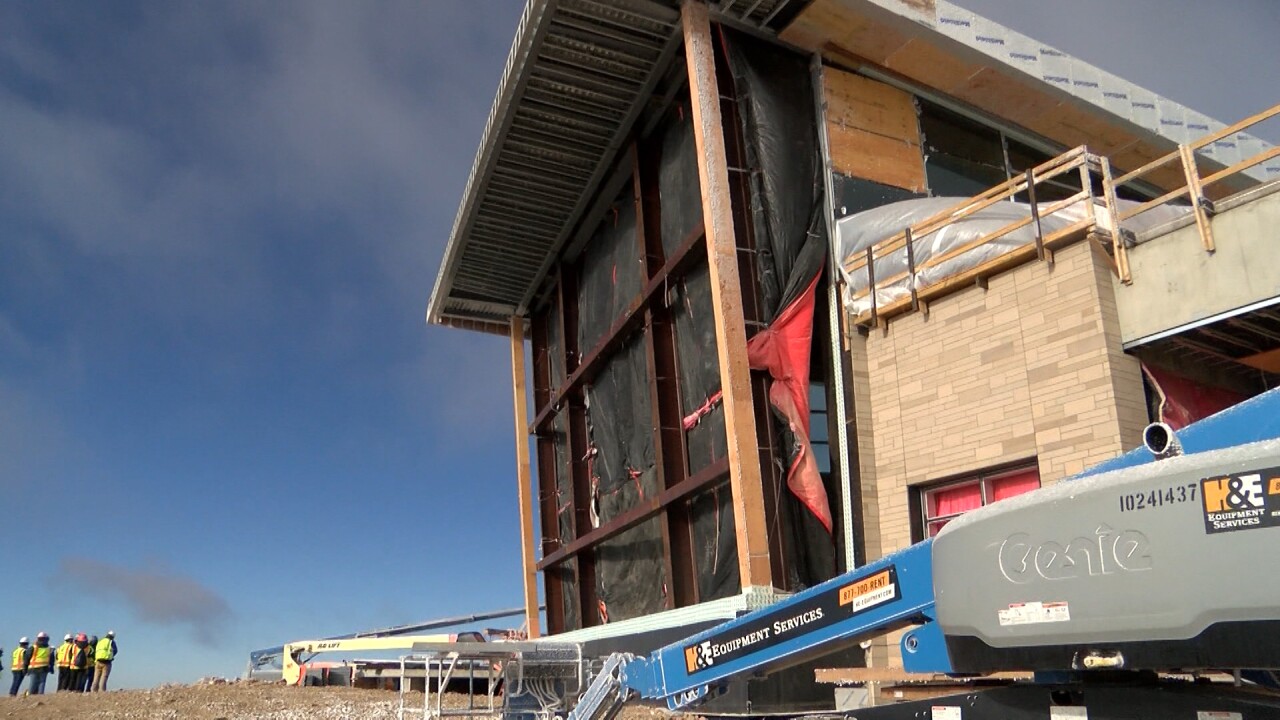 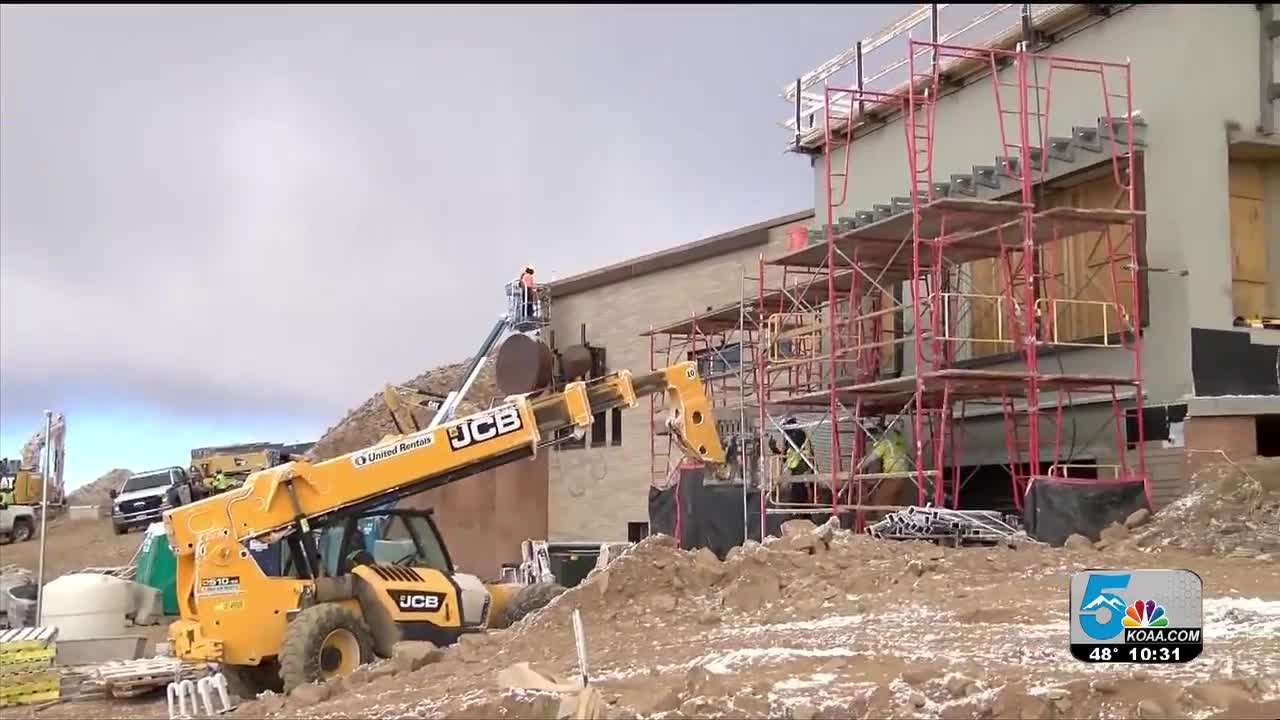 COLORADO SPRINGS — The Pikes Peak Summit Complex construction is continuing to move forward and crews are working hard to dry-in, or seal the building from the elements in order to work on internal finishes through the colder months.

"Yeah, we've had a fantastic last four to five months of construction as you can see," stated Jack Glavan, manager at Pikes Peak America's Mountain, "finishing up work on the outside and we're starting to see the building really start to look like the building, so it's really exciting in here now."

Windows that have been put through rigorous high-wind testing have recently been installed on part of the construct with more on the way.

According to Project Superintendent Rob Clough, the windows were created to withstand wind speeds of 230 miles per hour.

The emerging summit complex now has permanent power while a wastewater treatment plant is also coming along.

Internal framing and spray foam insulation are currently going into place while all the interior concrete has been placed.

Other external features are nearing completion on top of the incredibly long list of forward strides this construction project has taken in the past several months.

The city lists the summit complex construction as the "highest ongoing construction site in North America," and has come with its own set of unique challenges.

This Pikes Peak project is expected to be open to the public in May 2021, with final work on the site set to wrap up in August or September.

The project is continuing its fundraising efforts, working to raise an additional $3,000,000.

To learn more about how the project has progressed over time, follow THIS LINK