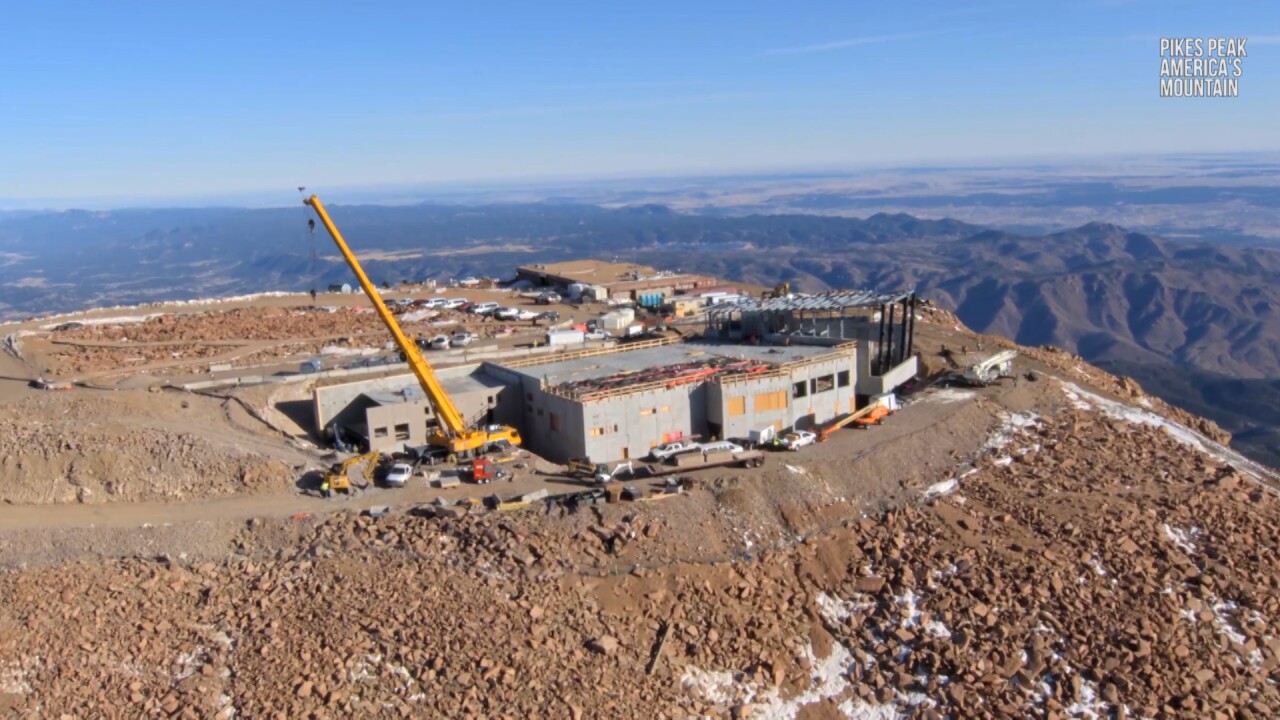 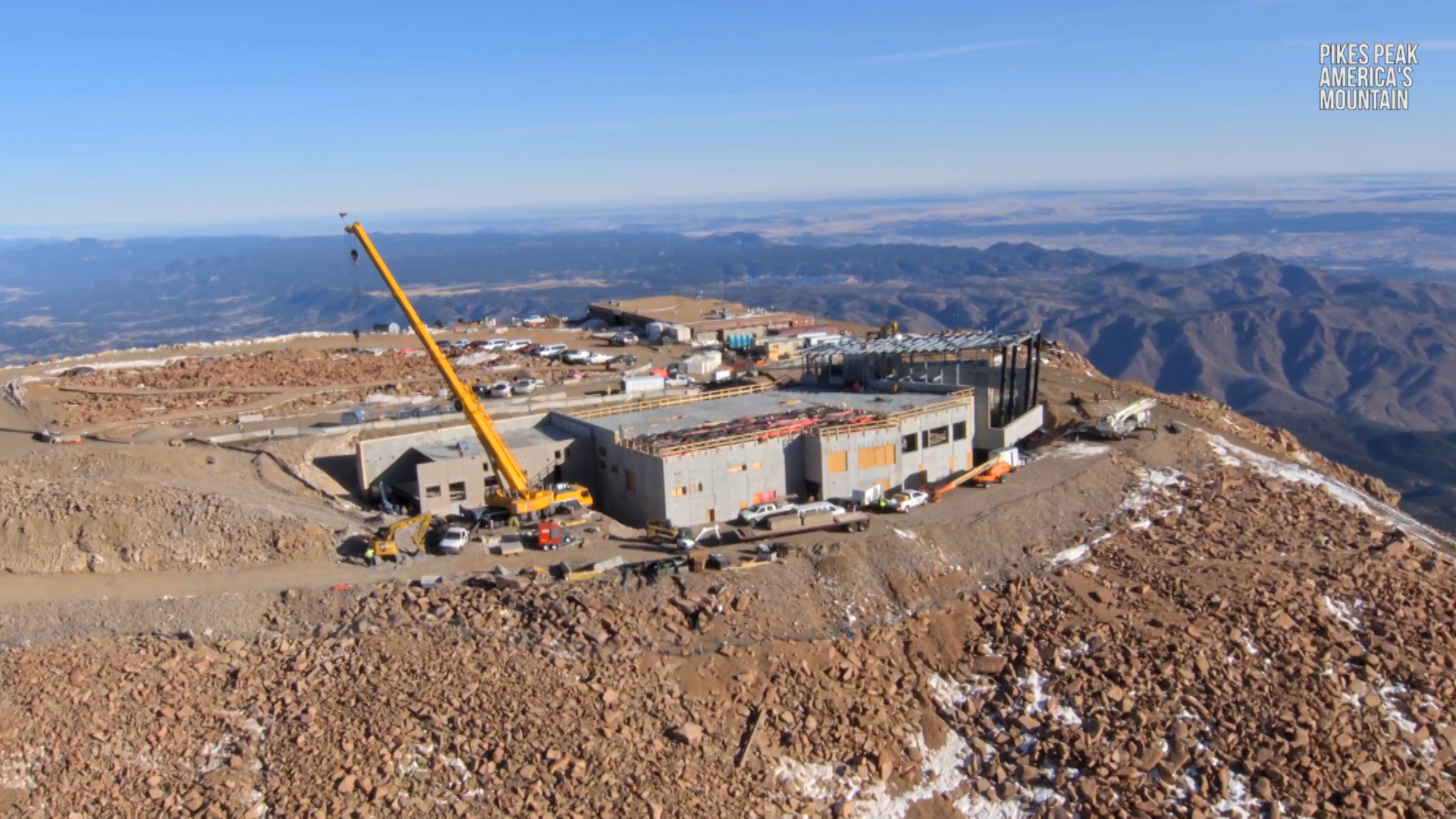 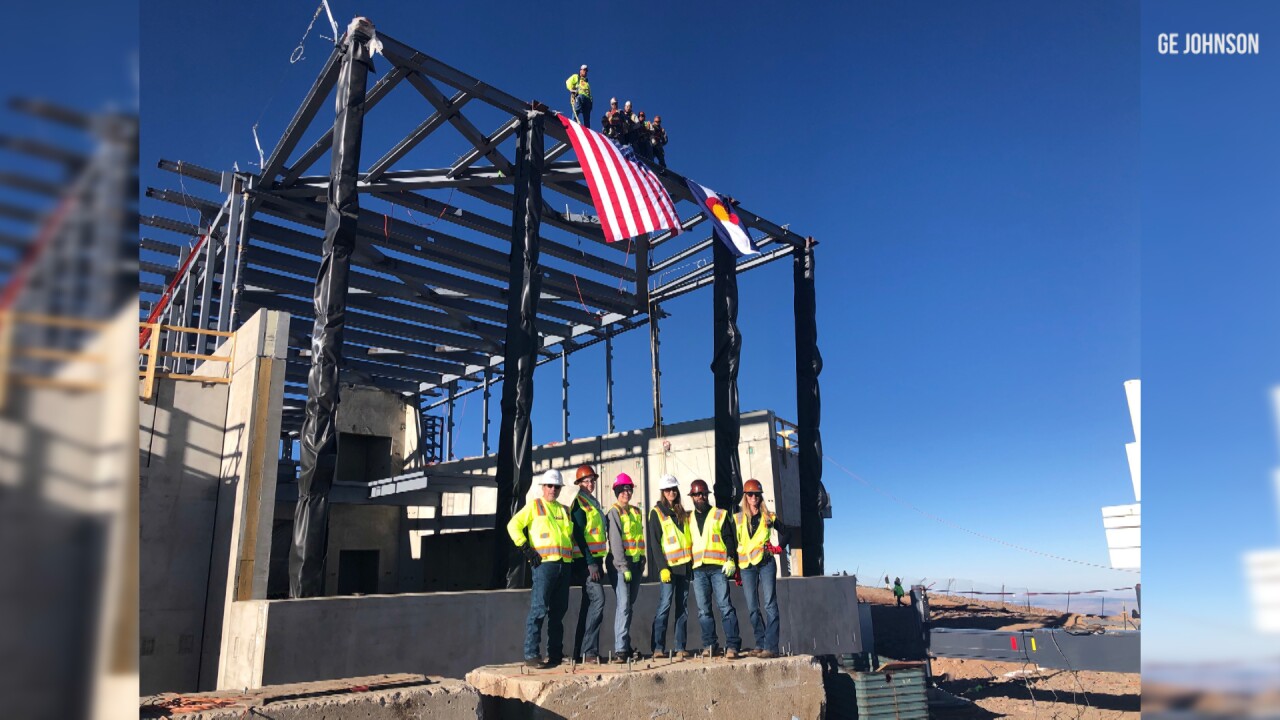 COLORADO SPRINGS — As winter continues to draw closer, the city of Colorado Springs reports that construction on the Pikes Peak Summit Complex has reached a new milestone, crews recently installing the highest steel beam on the structure.

The emerging construct, meant to replace the existing visitor's center built in the early 1960s, is reported to have most structural steel installations already completed; the city anticipating that portion of the project to be 90 percent complete by the end of this construction season.

A report from the city further details that within the next 4-8 weeks all roof slabs, interior slab work, and temporary window assemblies will be installed.

[This] will facilitate the buildout of the mechanical and electrical rooms, as well as interior finishes in the level 100 public areas through this winter. All remaining exterior activities will be completed next season.

The structure has to be sealed in order to have crews work inside and continue through the winter.

Working through the winter as opposed to taking a break will prevent a delay of four to six months on the project timeline.

A recent press release from the city indicates that the project has also hit the following milemarkers:

· Building mockups were constructed for materials testing and structural window testing was completed in September.

· The exterior envelope mock-up is in its second revision to coordinate final details of window, waterproofing, steel plate sills and shutter design.

· The concrete foundations are complete, and the precast wall placement and Permatrak systems for the Central Permatrack boardwalks were both completed in October.

The city lists the the summit complex construction as the "highest ongoing construction site in North America," and has come with its own set of unique challenges.

This Pikes Peak project is expected to be open to the public in November of 2020. Final construction on the site is set to wrap up the following year in addition to the demolition of the current Summit House.

Based off of research surrounding redesigns and additions to other major landmarks, management of the mountain expect the complex to increase summit traffic by about 20 percent during the first couple of years.

In regards to this year, mountain management say tourism numbers have tracked with the 2019 season.

Project managers say they have had commitments so far of just over $8,000,000.

The city is planning to launch a new fundraising campaign on December 3. To get involved and donate to the project, you can follow THIS LINK.

To learn more about how the project has progressed over time, follow THIS LINK.