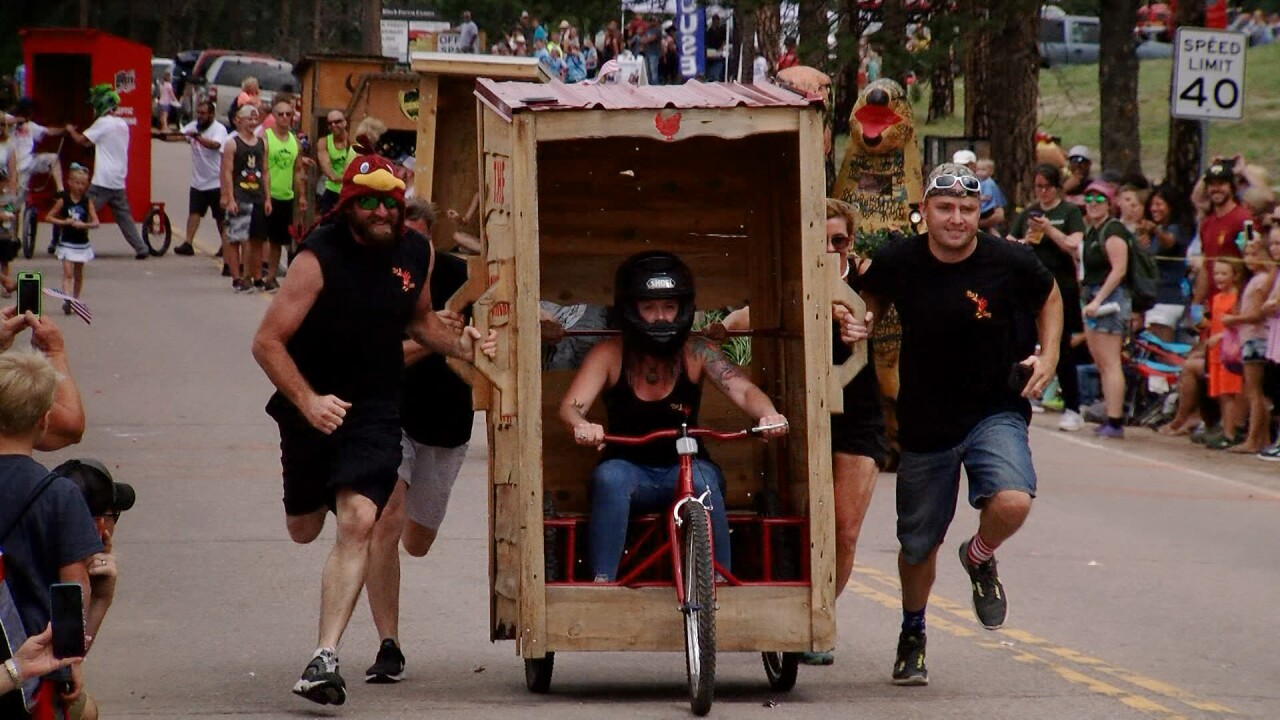 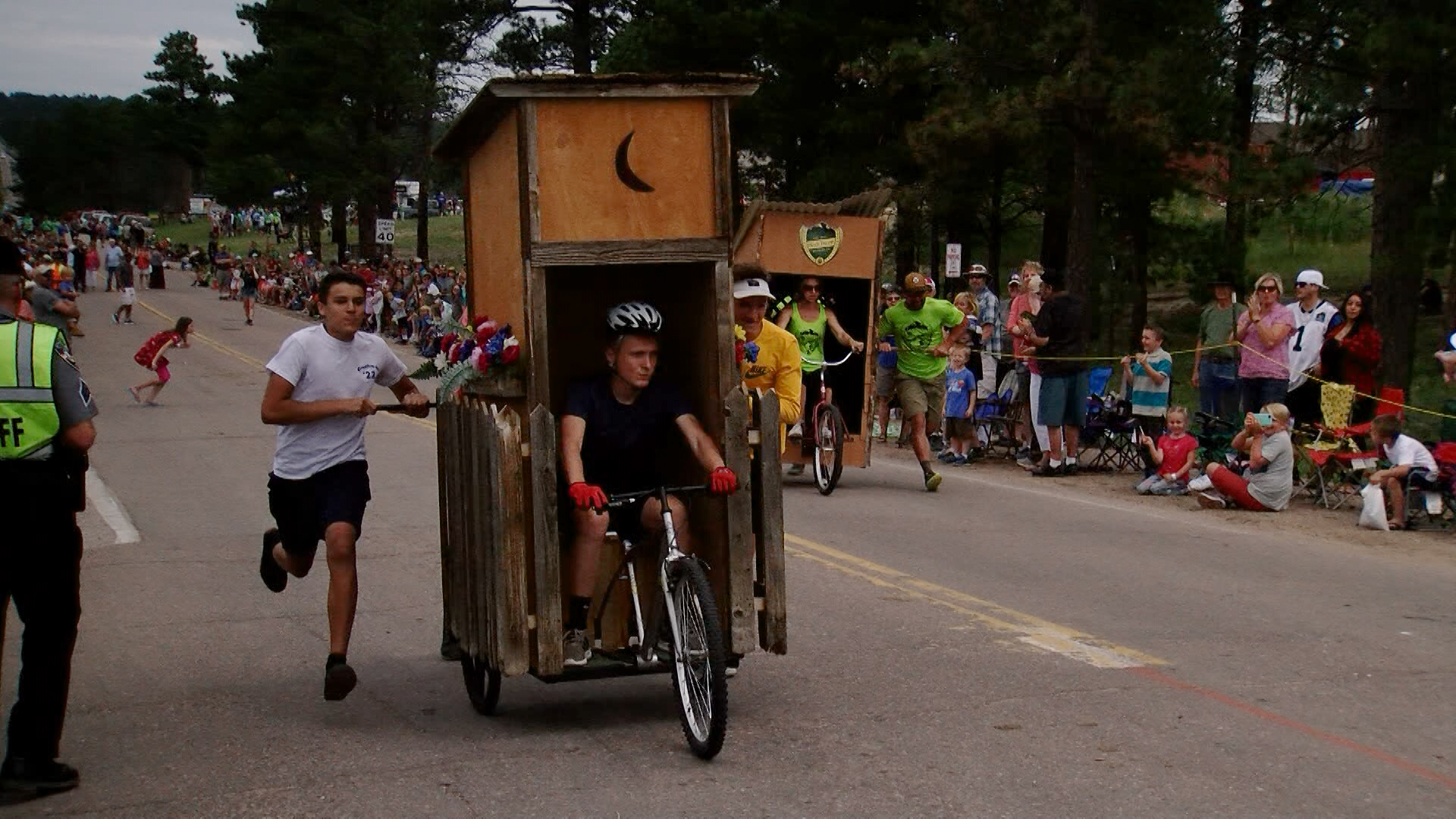 BLACK FOREST — On Saturday, Black Forest community members celebrated 90 years in the forest with the annual festival that included live music, plenty of food, one massive parade, and the ever popular and much-smelled event: the racing of the outhouses.

Yes, this number one event dedicated to those houses all about number two, is something that you should never miss.

According to a source cited by the Black Forest Community Club, the races date back to 1976 when those that lived in Black Forest wanted to host a watermelon feed in a nearby empty lot.

The problem with the site was with all the beer and watermelon that would be consumed, there would be a dire need for toilets. This was when someone suggested that they move the two outhouses, which had served the community center for years until a sewer system was installed, to the location of the celebration.

Instead of simply taking the outhouses and loading them on a trailer, the opportunity was seized to see who could manually move the outhouses to the new location as quickly as possible. Thus the outhouse races were born.

From there the event has apparently had a bumpy history, disappearing before coming back to the festival with an appropriate level of toilet related humor.

Now, before each direly (infer your own joke here) anticipated trial, teams of racers spend weeks picking themes, constructing specialized wheeled latrines, and mentally preparing for the multiple runs that take place in front of hundreds of festival goers.

Explosively popular, the event even comes with a set of very specific rules and regulations when it comes to the construction as well as the running of these portable privies.

If you missed it this year, don't worry the races are sure to make a reappearance at next year's festival.