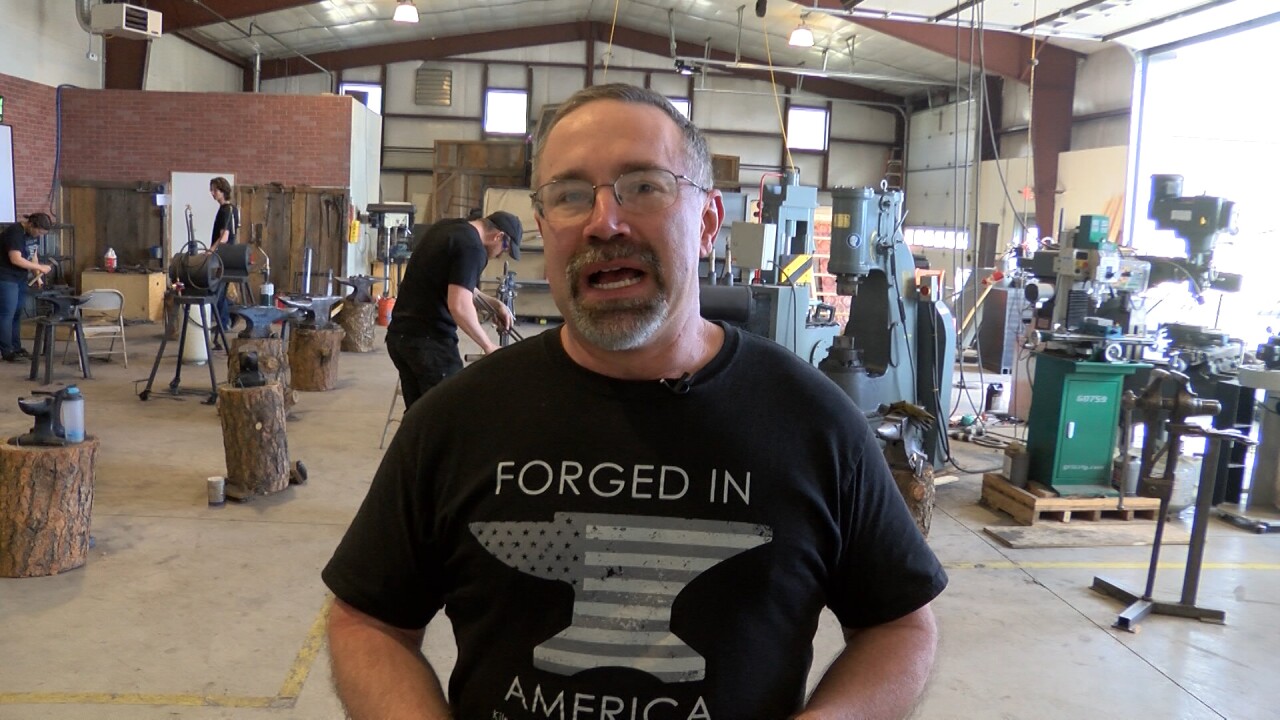 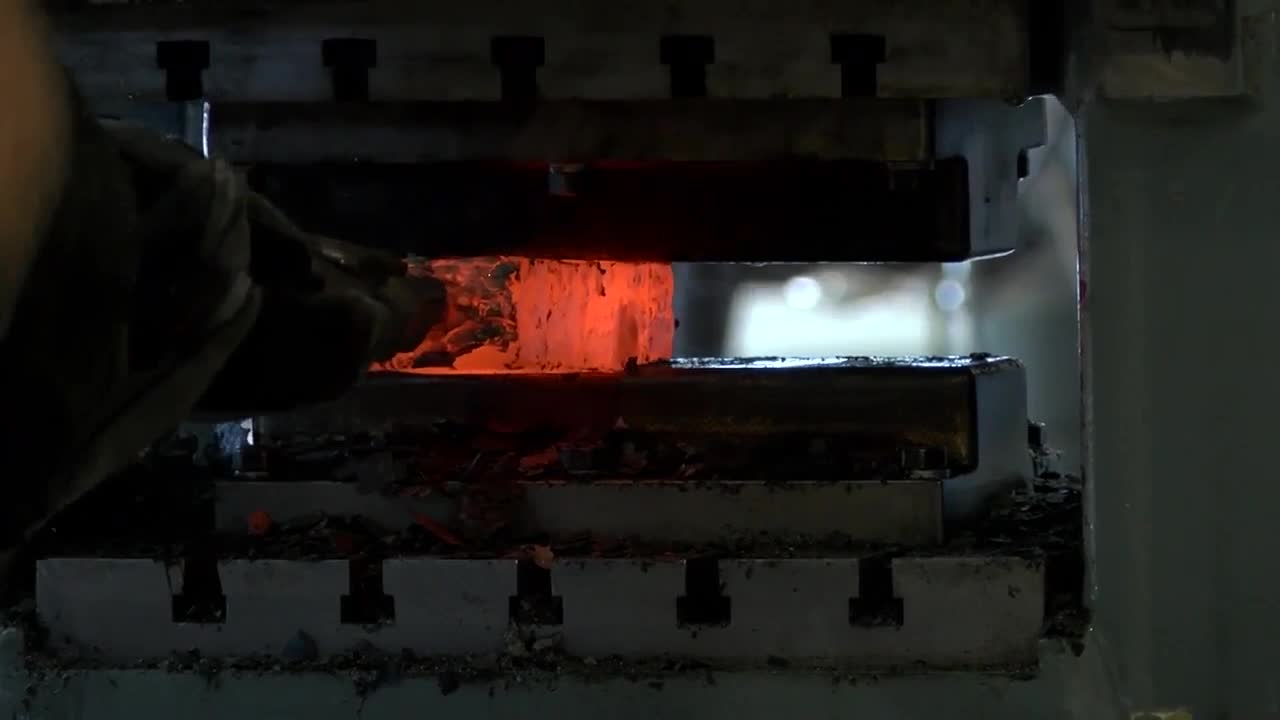 COLORADO SPRINGS — Colorado Springs father and daughter blacksmithing duo have taken their craft from the shop to the international stage, competing in a creation-based contest against other families and each other in a special Thanksgiving episode of "Forged in Fire."

Both Ron Hardman, owner of the Colorado Springs-based Kilroy's Workshop, and his daughter Jessica, an instructor at the shop, have hours and years of bladesmithing, blacksmithing, and welding experience.

That experience is passed on to students and enthusiasts who come to the workshop, excited to learn about the craft.

Over the 2019 year, more than 3,500 students have attended at least one instructional class at Kilroy's Workshop, which is the largest blacksmithing and bladesmithing school in the U.S.

The special "Forged in Fire" episode, airing on the History channel the day before Thanksgiving, took about two weeks and more than 100 hours to film.

According to the network, the show is all about the struggle of two families going head-to-head not only against the other family, but each other as well.

Loyalties will be put aside as the smiths fight forge welds, the heat, and the clock to make a canister Damascus blade from odd pieces of high carbon steel. After a fierce round of tests, the two remaining competitors return home to recreate the rapier inspired by Inigo Montoya from The Princess Bride.

After several rounds of intense competition, including 35 hours to create the final blade, Ron Hardman took home the champion prize of notoriety and $10,000.

According to Ron, he loved the chance to put a focus on the trade and also on the importance of family. He said the experience and victory was very cool and also very humbling.

If you would like to learn more about Kilroy's Workshop and all the cool things they make, CLICK HERE.