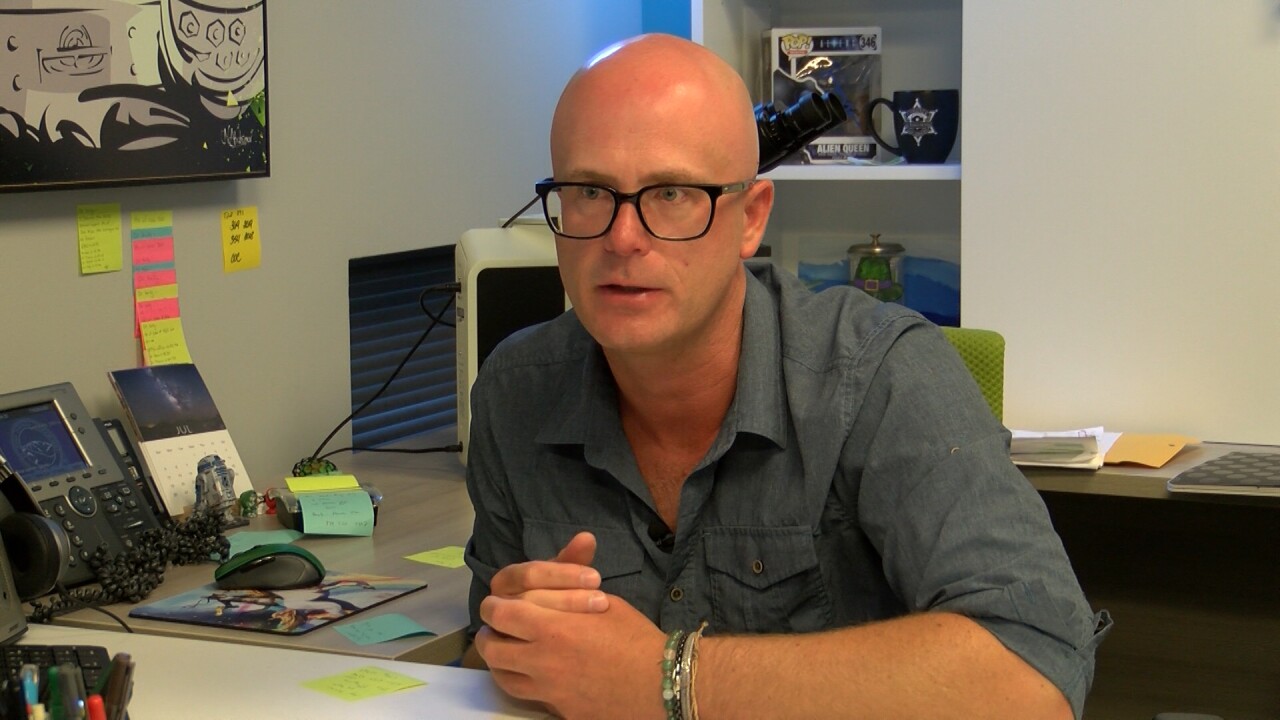 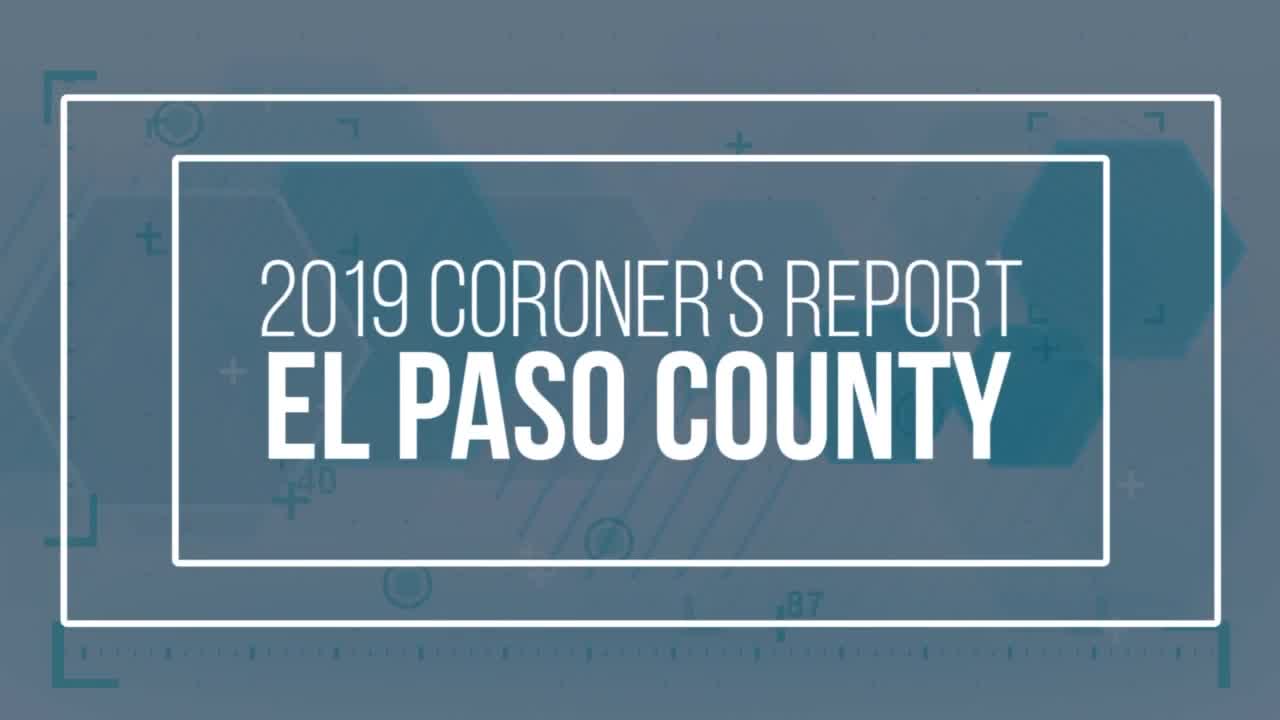 EL PASO COUNTY — Every year, the El Paso County Coroner’s Office releases a report that details the total number of death investigations and autopsies performed as well as a categorized breakdown on the causes of death within the county.

According to the department, deaths are investigated if they are “sudden, unexpected, [or] non-natural.”

We don’t do any autopsies to help the person that has died, they are deceased and no longer with us. The whole goal of an autopsy is to learn about the death, figure out what happened and be better equipped in the future to prevent similar deaths.

Findings from the 2019 El Paso County coroner's report indicate that, over the course of the past year, the number of drug-related deaths stayed relatively level, while suicides drastically increased and homicides dramatically decreased when compared to numbers registered during 2018.

According to Dr. Leon Kelly, the El Paso County Coroner, one of the key things to take away from the 2019 report is a need to continue and increase efforts towards bettering the mental health of our community.

"One of the few positive things to come out of this pandemic and our efforts to fight it is that the concern and issue of mental health has come to the forefront of the discussion, across the political spectrum and across the economic spectrum," stated Kelly.

In total, the county performed 1,191 autopsies. Inside that number are the 816 autopsies performed on El Paso County deaths as well as the 375 autopsies conducted for 20 other surrounding counties.

Of the autopsies performed in 2019, the causes of death broke down as follows:

The remaining 1.1% falling under the classification of undetermined or unclassified.

As seen above, the largest category is the listing of accidental deaths. The main contributors in this category are:

Of the 130 recorded drug-related deaths in 2019, 71 lost their lives in accidents involving opioids. This is a marked decrease from 2017 when 92 died from opioid usage.

The primary drugs found in accidental fatal overdoses are as follows:

A study of all the autopsies performed over the course of 2018 revealed that 60% of all the deaths related to accidental fatal opioid overdoses involved heroin.

Perhaps some good news to come from this report, and reports from previous years, is the steady decrease in fatal overdoses involving prescription opioids:

However, according to the El Paso County Coroner, the decrease in accidental prescription opioid-related deaths has been accompanied by an increase in fatal overdoses using other drugs.

Additionally, the following statistics were compiled as a result of the study:

In all of the motor vehicle cases, the data indicates, again, the use of a seat belt was a large life-saving factor:

The report further details that in 45 (61%) of these cases, the accident was caused by operator error.

In 24 of these “driver-at-fault” incidences, the person behind the wheel was found to have drugs, alcohol, and/or THC in their system at the time of the autopsy.

The office determined that in 75% of the cases which resulted in pedestrian deaths, the pedestrian was found to be in error.

Again, the primary and ongoing goal for the coroner’s office is to better understand and further break down the factors that cause the loss of life in the county; to that end, the department compiled a list of factors that contributed to deaths in the homeless community of El Paso County.

For the purposes of this study, the coroner’s office defined homelessness as anyone who is:

With these parameters in place, the county determined 56 people experiencing homelessness inside El Paso County died during 2019.

These deaths broke down in the following manner:

The vast majority of the deaths in the county’s homeless population were accidental and fall primarily into three categories:

Throughout 2019, more than half of all accidental pedestrian deaths occurred in the homeless community.

Homicides are another area of interest to the El Paso County Coroner’s Office. Over the past several years, the number of deaths in this category has stayed about the same with a sharp increase recorded during 2018 and a five year low recorded in 2019.

Further research into fatal firearm usage over the course of 2019 revealed the following:

If you or someone you know is struggling with depression or thoughts of self-harm, don’t be silent. There are people ready and waiting to help.

The report also states that organs were donated from 24 El Paso County donors.

These donations resulted in 99 organ transplants, saving the lives of others.

The El Paso County Coroner's office is currently working to create and deploy a data dashboard that will be updated on a regular basis and available to the public.

"One of the things I'm very excited about going forward, that we have been working on kind of in the background of our COVID-19 response, is using some of the same data and analytics experts that we've deployed and leveraged for our COVID education with the community and applying some of those same principals to the coroner's office," stated Kelly.

This will allow the public and media outlets to keep tabs on what sorts of cases the office is seeing, meaning that the information held in the annual report will be coming out regularly throughout a year instead of just once a year.

This is, in part, a response to the COVID-19 crisis, where having access to more up to date information has helped to inform the decisions of community leaders as well as the community itself.

"That's one of the good things that is going to come out of this, more robust and immediate information available to the community," finished Dr. Kelly.

This report, again, is a tool by which city and county leaders can help to create change for our community and save lives in the future.