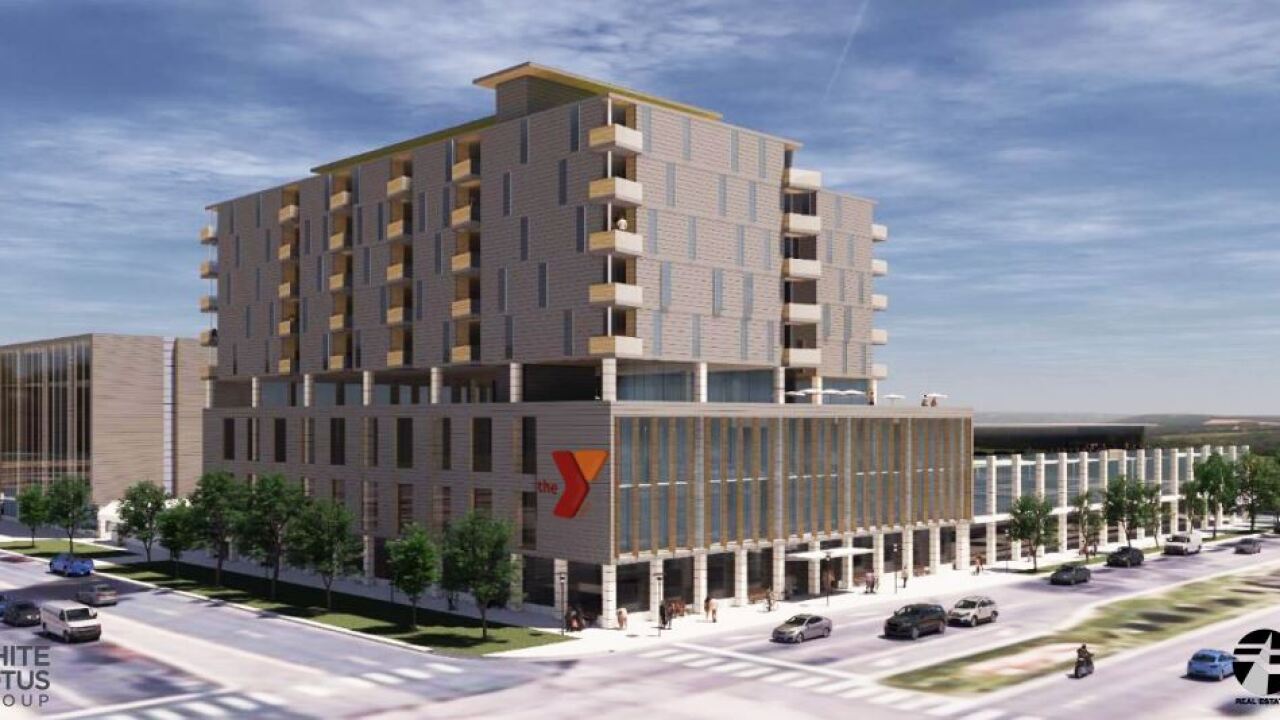 -
The future look of the YMCA near downtown Colorado Springs. 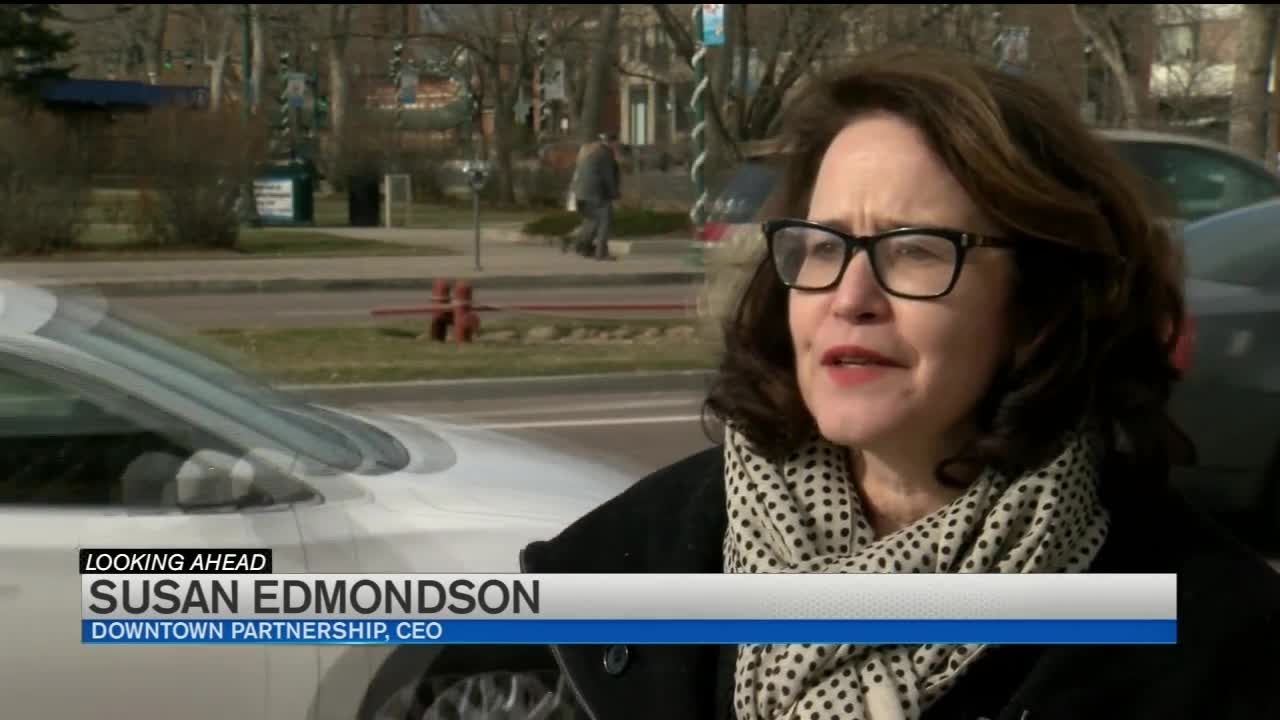 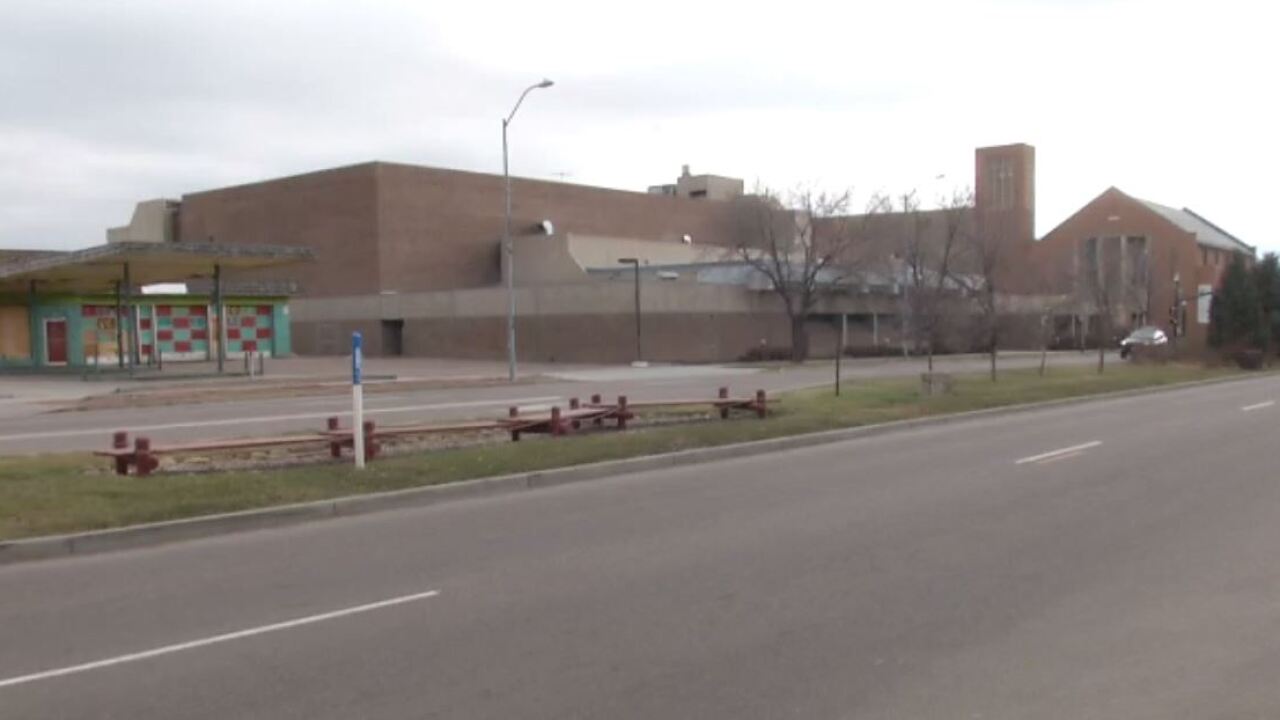 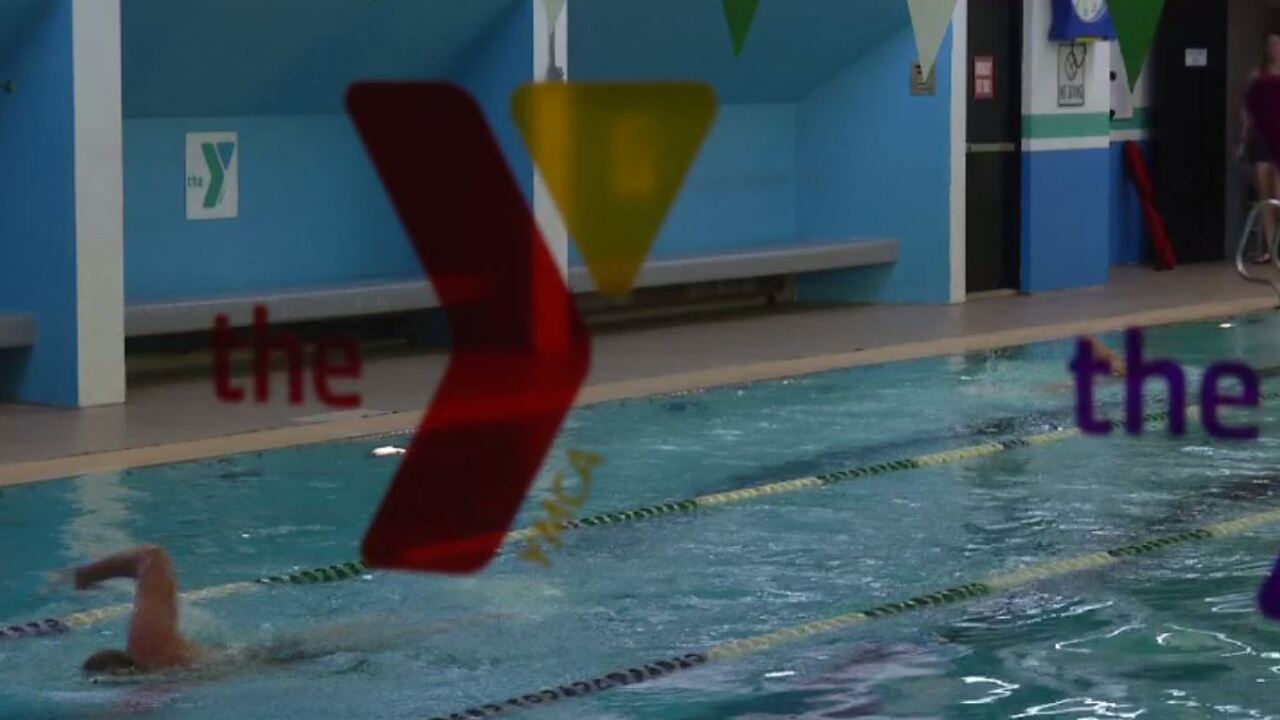 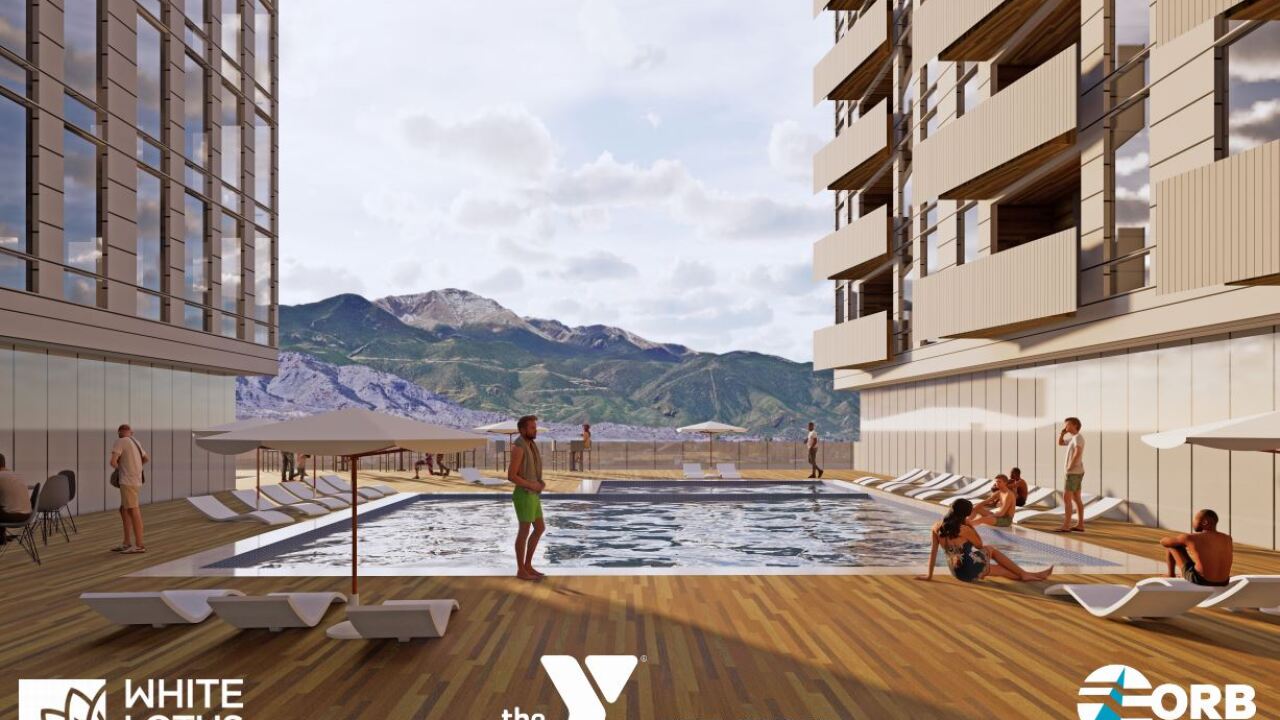 The new building goes up just north of the current building. Right now, there is an old out-of-business gas station on the site at the corner of Platte Avenue and Nevada Avenue.

It is a unique project with the Y health facility on lower levels of a high rise and “workforce housing” apartments on upper levels of the high-rise building.

When asked what “workforce housing” means, YMCA of the Pikes Peak Region President and CEO Boyd Williams said, “It’s just going to be affordable. The apartments will operate separate from the Y. They are meant to contribute to the downtown community and are part of a unique financing plan with the developer White Lotus Group.

“The developer brings all the cash,” Williams said. The YMCA owns the land, but the developer will own the building.

“We’re not taking any long-term debt. We’re not necessarily going to donors or foundations asking to support this project,” Williams said.

The Y operates its portion of the building under what is basically a long-term lease, while the apartments are under separate management.

It is a decision to knock down the current facility that was built in the early 1970s. "The way facilities are designed today is very different than the way they were designed certainly 40 to 50 years ago," said YMCA Metro Board Chair, Brian Risley.

The 75,000 square feet for the new building is less than the more than 100,000 in the current building. "By designing something that's more efficient we will be able to build a smaller footprint, but one that has more usable space," Risley said.

Modern design brings better use of space and a more efficient cost-effective building. The current downtown Y will function normally as the build happens. It comes down after the new building is complete and open. The goal is sometime in 2022.

The YMCA of the Pikes Peak Region serves all neighbors across our community with programs for all ages year-round. Get to know more by visting ppymca.org/.

You can read more about the YMCA of the Pikes Peak Region's strategic plan - here.