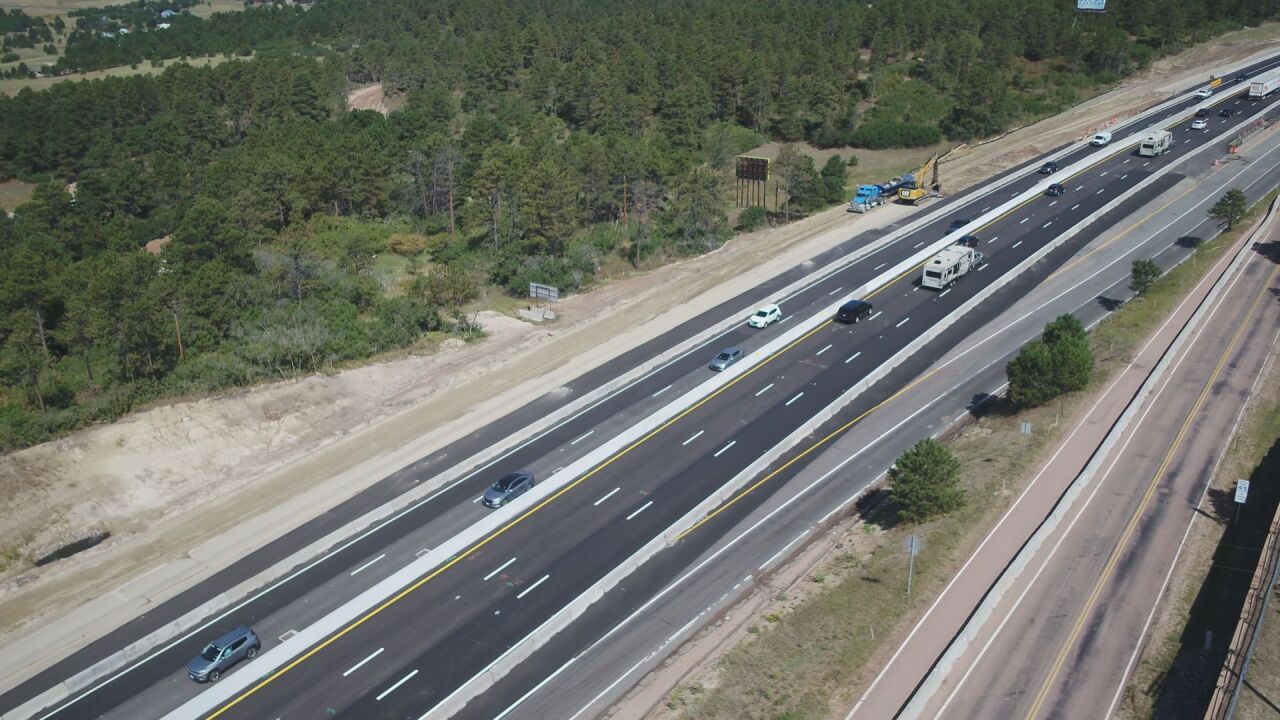 Copyright 2020 Scripps Media, Inc. All rights reserved. This material may not be published, broadcast, rewritten, or redistributed.
Freshly paved stretch of the I-25 Gap project near Castle Rock 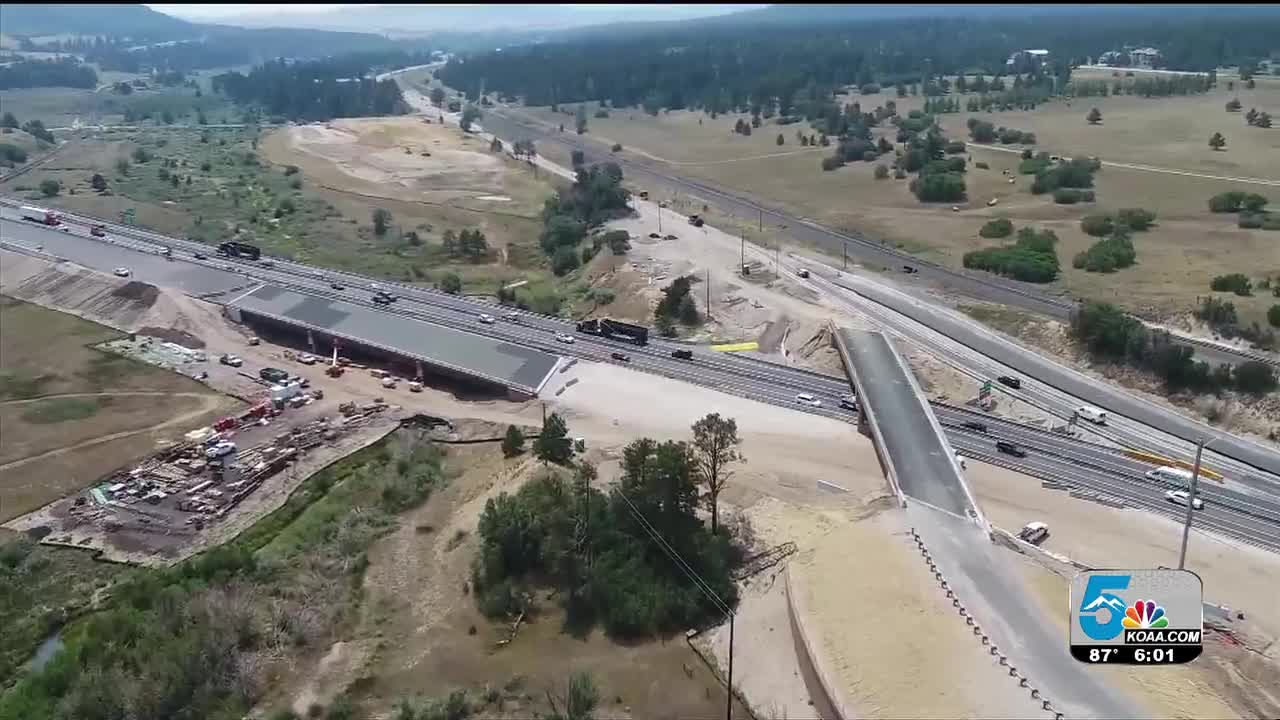 EL PASO COUNTY — The I-25 gap widening project between the El Paso County line and Castle Rock has just passed the two-year mark. A lot of progress has been made, but the need for patience remains.

“We talk about the project completion, roughly, in 2022,” said Project Director Paul Neiman. The end goal is summer of that year.

The pandemic did sideline some subcontractors and slow other work because of COVID-19 prevention measures. A counter was a dramatic traffic drop during Stay at Home orders.

"We took advantage of it early on when we had the lower volume and that allowed us to get a few extra lane closures in, keep a few things on schedule. Do a little bit of extra work," said Neiman. He says the result was a “net zero” for the timeline. The project did not gain or lose ground—it is right on schedule.

During the first two years, the largest on-going issue is with drivers going too fast and following cars ahead of them too close. "Bad driver behavior is a huge concern for us," said CDOT Communications Manager Tamara Rollison. 65% of crashes in the Gap project area were blamed on following too close.

The first two years included mostly digging, diversions, and getting the rebuild started. The next years will bring completion work. It means drivers will get to experience improvements as segments and projects like bridges are completed. “You'll start to see more and more better and better pavement arriving as we approach 2022,” said Neiman. It will happen a little at a time.