Photo of a fire at the Regency Apartments (Sherry Riggs) 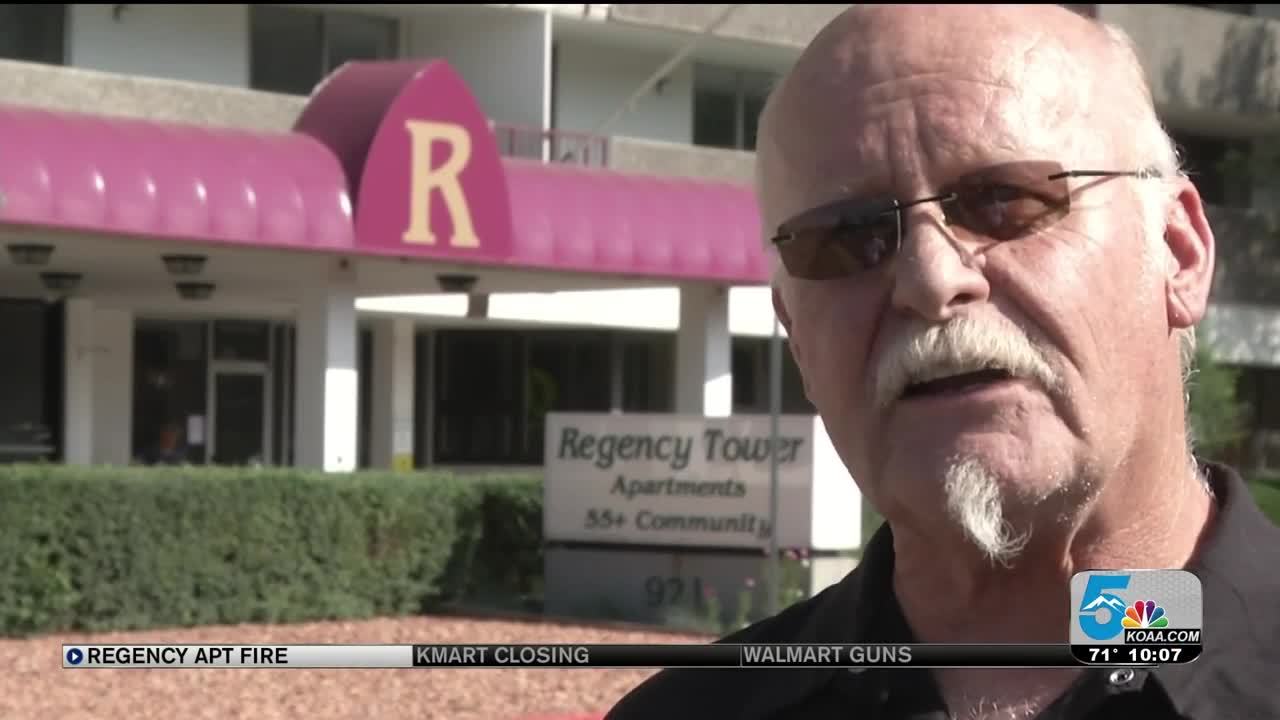 COLORADO SPRINGS — More than three months ago, with smoke visible from months away, James Golubic watched from below.

His drive home from work was cut short. Colorado Springs police cut off access to Arcturus Drive, while more than 100 firefighters worked to extinguish flames and save lives during a deadly fire at the Regency Tower Apartments.

It's been his home for more than four years.

"You felt bad for everything that was going on. A lot of people did not have insurance, so that made it tough on a lot of people," Golubic said.

Since May, Golubic and his neighbors have lived out of hotels and Airbnbs as contractors completed asbestos removal from inside the building. He said renters insurance covered his short-term housing stay, while others weren't as fortunate.

Forced out of his apartment for 100 days, that's when reality set in.

"Just when you think you got all your psyche together and you know you're going to go through it, all of a sudden it's like, 'Man, it's been 45 days. All my stuff's there,'" Golubic said.

He moved back in on Sunday, as did several of his neighbors.

Others have moved back throughout the week, but work continues on the 10th and 11th floors, as well as a handful of other units, where fire and water damage was much worse.

Management told News 5 off-camera it could be 18 months before those units are available again. Restoration work is likely to carry a price tag in the millions of dollars.

For now, this resilient community looks forward to life back at home.

"A lot of hugs, welcome back, good to see you, you know... People were reconnecting," Golubic said.

The exact cause of the fire is still unknown. The Colorado Springs Fire Department concluded its investigation within 24 hours, then turned it over to Colorado Springs police due to the fatality.

Springs Police did not answer News 5's calls for an update Tuesday.