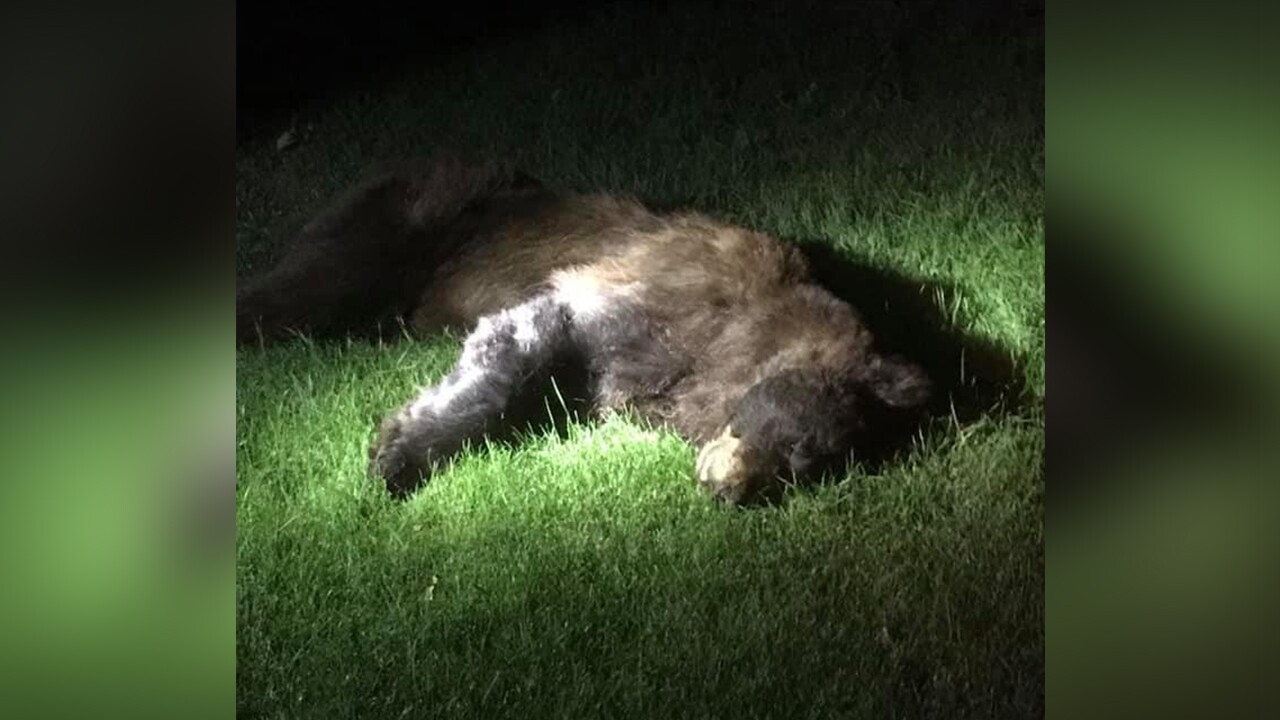 PUEBLO — Multiple agencies responded to a bear sighting in the area of Sunset Park early Thursday morning, according to the Pueblo Police Department.

The department said officers saw the bear in several locations before it climbed up a tree behind a home on Duke Street. A Colorado Parks and Wildlife officer was able to get a tranquilizer dart into it.

Police said the Pueblo Fire Department responded to provide a ladder for the CPW officer to get a rope on the sleeping bear, but before they were able to do that the bear began to stir awake and fell out of the tree.

More tranquilizer was used by the officer to allow firefighters and officers to carry the bear to the transport trailer. Parks and Wildlife said the bear will be held for an observation period before it is released back into the wild.

This is one of many wildlife sightings Pueblo has seen this year, including a moose in June. Earlier this month, a baby bobcat crawled under the hood of a woman's car when she lured it out with a fish sandwich and put it in her car while she waited for help.

Though seeing a bear or a bobcat in Pueblo is not uncommon, CPW said the moose seen along Fountain Creek was considered a rare sighting.

Colorado Parks and Wildlife has a number of resources for people to find the right methods of protecting your home and property while bears are most active, click here. Here are some recommended steps to proper bearproofing:

Get Rid of Attractants