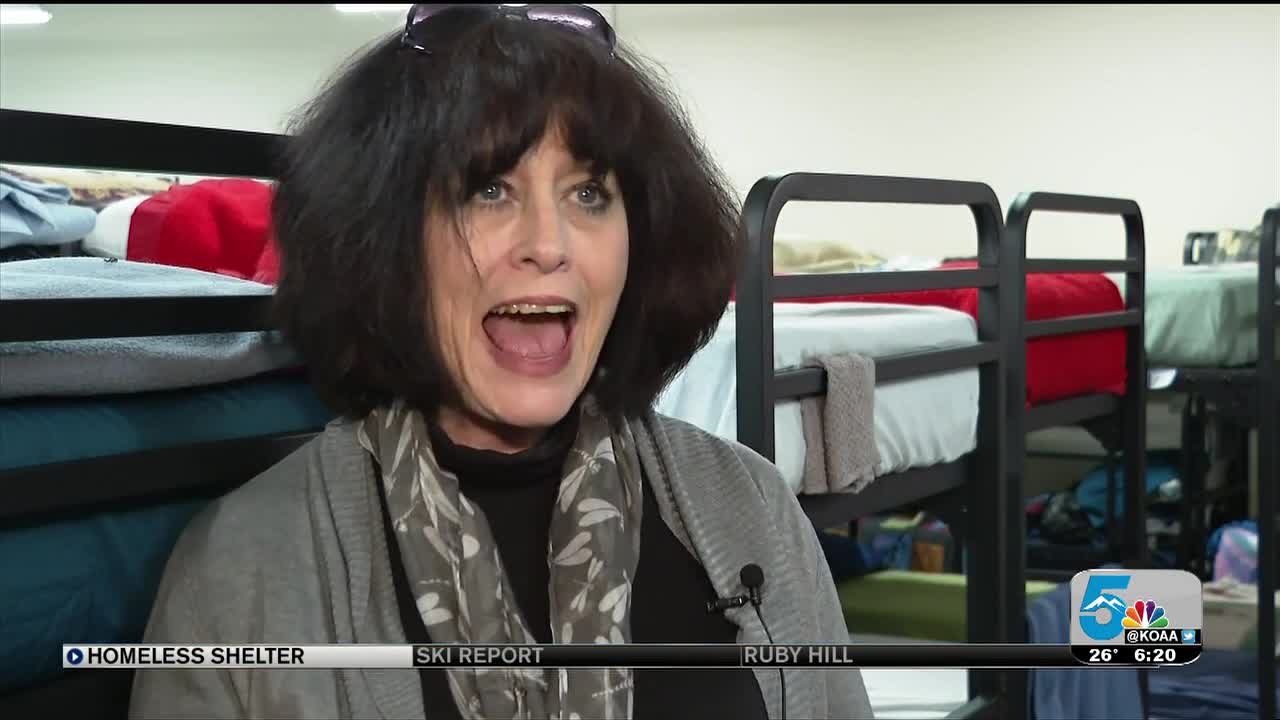 PUEBLO — "We're very grateful to have a place like this," said Odean Maes. She is among the new guests at the, just open, Pueblo Rescue Mission. For months, the closest she has come to a home is Pueblo’s temporary shelter. "Just a living on the street anywhere we can. We were at the other shelter up there, but we were on the floor there."

"This is a step up, that's what we're trying to do, is transition," said Maes. The new shelter also offers meals, showers, laundry and guidance toward ending homelessness. "This isn't just come in here and sleep, these folks are working, this is transitional,” said Homeless Advocate, Kathy Cline, “This is homeless to housing."

The grand opening of the Pueblo Rescue mission is celebrated the same day of a dangerous fire that engulfed a homeless camp along Fountain Creek in Pueblo. "With the homeless shelter, this obviously gives us additional options that we didn't have before," said Pueblo Police Sergeant, Franklin Ortega.

Another tool, but not a simple solution. There are members of the homeless community who choose to stay outside rather than go to a shelter. "The fires, it's an issue for them, it's an issue for us, it's an issue for the whole community. And that's the one thing we don't give too much discretion on, is open fires," said Ortega. Pueblo police have always cracked down on campfires in the city, the option of a shelter is reason to hold a tough stance on fires.

Homeless advocates agree that helping the homeless is typically an extended process. "We have to all be realistic,” said Cline. However, the new rescue mission brings the possibility of reducing the campfire issue.

The new rescue mission is already at capacity. It has 100 beds. "It was the Pueblo community that has come forward and did so much to help us." It is a place for people dealing with homeless, that also represents community support.