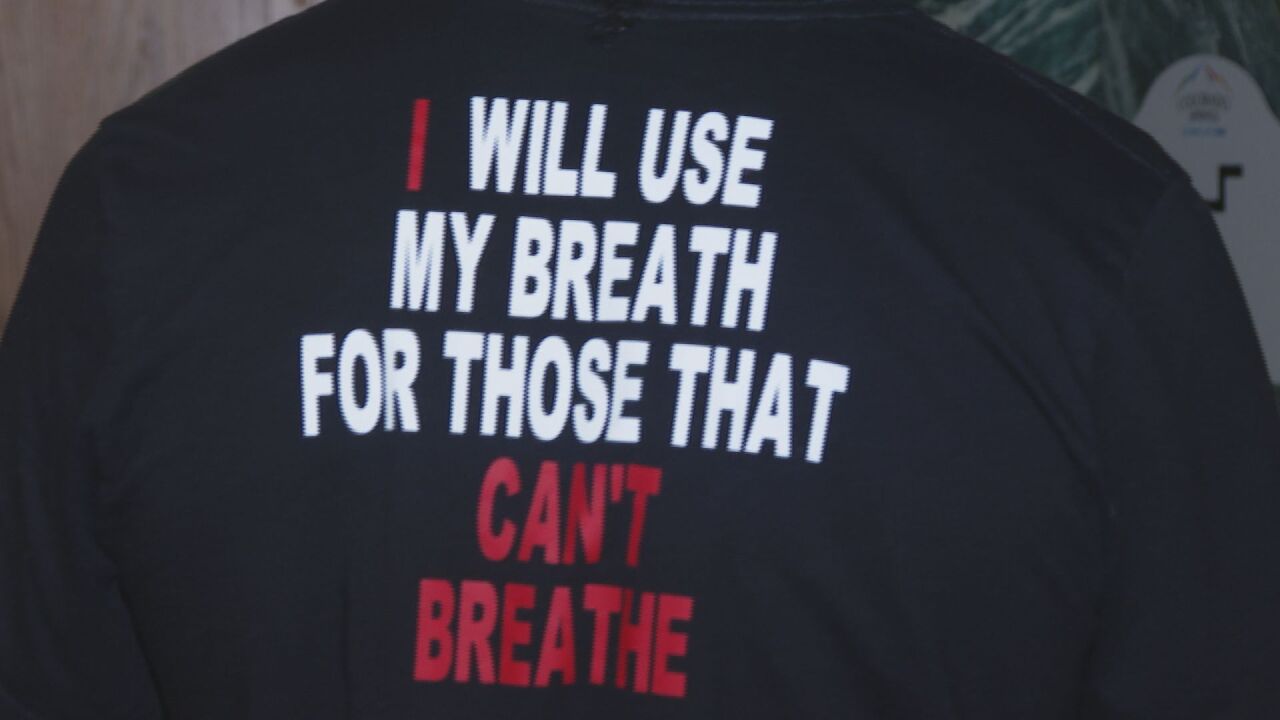 Copyright 2020 Scripps Media, Inc. All rights reserved. This material may not be published, broadcast, rewritten, or redistributed.
Colette Bordelon
The back of Justin Baker's shirt, one of the organizers of The People 719. 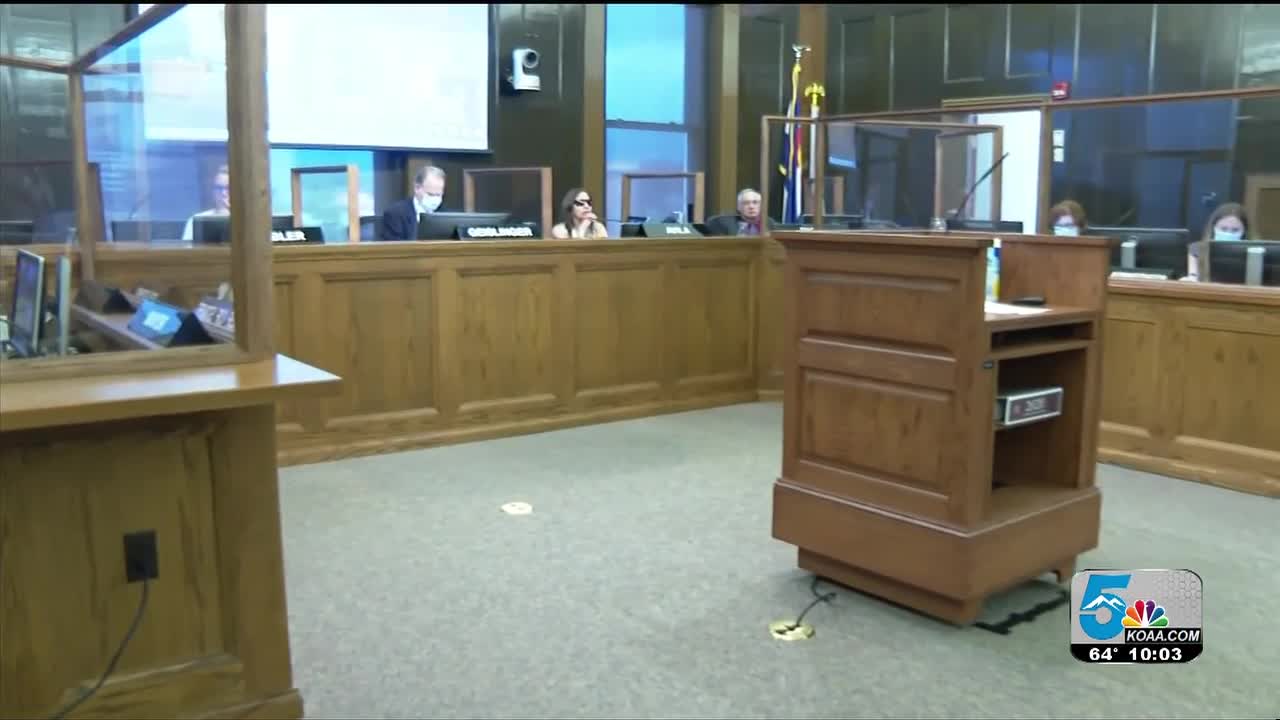 During the City Council meeting, councilors said they have gotten over 800 applications to become a member of this committee. How those applications will be vetted is still being discussed, but they hope each councilmember will pick 10 applicants from their district by the end of July. Out of those selections, they plan to choose the first six members, with one coming from each of the districts.

"This is something that has been being considered in various forms by council since before I was elected," said Councilmember David Geislinger.

Geislinger said they are cautiously optimistic they can get the final 11 members finalized by late August. He also said all of the councilors have their own unique qualifications and characteristics they are searching for in their applicants.

The People 719 is the group that brought this proposal to council originally. They describe their organization as a group of young, diverse students, fighting injustices in their environment. "How do we make this foot in the door turn into multiple situations of social change, and not just one?" said Renee Alexander, one of the organizers of The People 719.

Throughout this process, many have expressed a need for urgency with this committee. However, the current timeline of the project shows members being finalized by late August, and meeting shortly after that. Still, organizers said they understand the need to form this committee carefully.

"I know that they are going to go through the process with a fine-tooth comb, and with care to select the right members from each district to make sure that each district is represented properly," said Robbie Johnson, another organizer of The People 719.

In the original proposal, the council would select five at-large members from communities disproportionately impacted by policing procedure. However, the version of the ordinance approved does not mention this.

"What I got from most of you was that you wanted areas that are impacted to be on this commission, and I don't see that happening," said Councilmember Yolanda Avila, who voted no on the first reading of the ordinance.

Avila voted yes this time around, but she said it was because she knew that was what the people who have been advocating for this change wanted. She remained concerned that future councils or mayors would not be as receptive to the committee. One of the committee's roles would be to recommend policy changes to council related to law enforcement. "I hope that the citizens will hold all city councils and all mayors to the promise that was made today," said Geislinger.

Johnson also had a message for the friends and family of George Floyd, the man who's death sparked social justice movements across the country. "It's unfortunate that it took a man to lose his life, and plead for his life, to change the world. What I would like for the family to know was that it was not in vain," said Johnson.

Meanwhile, Alexander said one of the reasons she does this work is for future generations. "I want to have kids. I'm not bringing my kids into this world if they can't be respected and loved just like everybody else... If I'm not going to speak up, I'm part of the problem," said Alexander.

According to Geislinger, once the 11 members are selected, they will start meeting shortly after to develop and propose their bylaws to council. Their bylaws will decide the scope of issues they want to examine.

The People 719 will also be partnering with local backpack drives and other back to school events throughout August, along with conversations regarding mental health in September. The group said they will post updates on their Twitter page, @thepeople719.

Interviews for the committee will be at the following dates and times: