City Council proceeds with proposal to appoint police oversight board 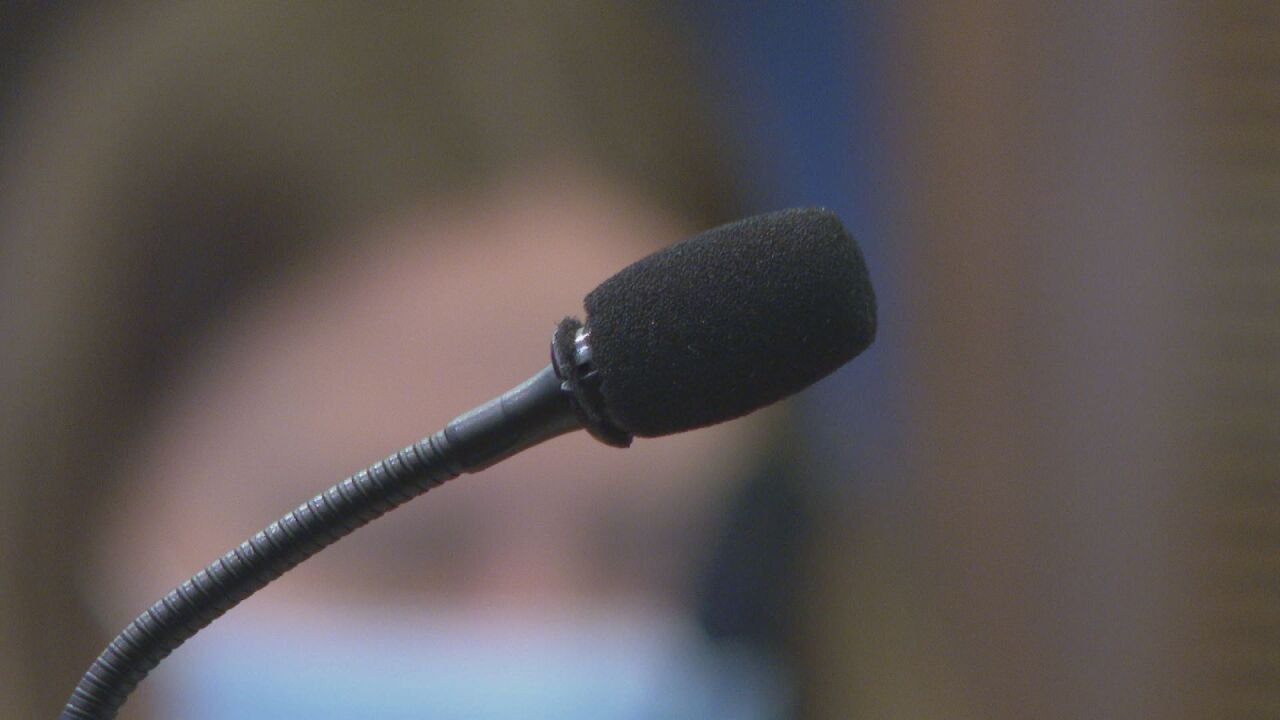 Copyright 2020 Scripps Media, Inc. All rights reserved. This material may not be published, broadcast, rewritten, or redistributed.
Colette Bordelon
The microphone on the podium at City Council, where two proposals for police oversight were heard on Tuesday. 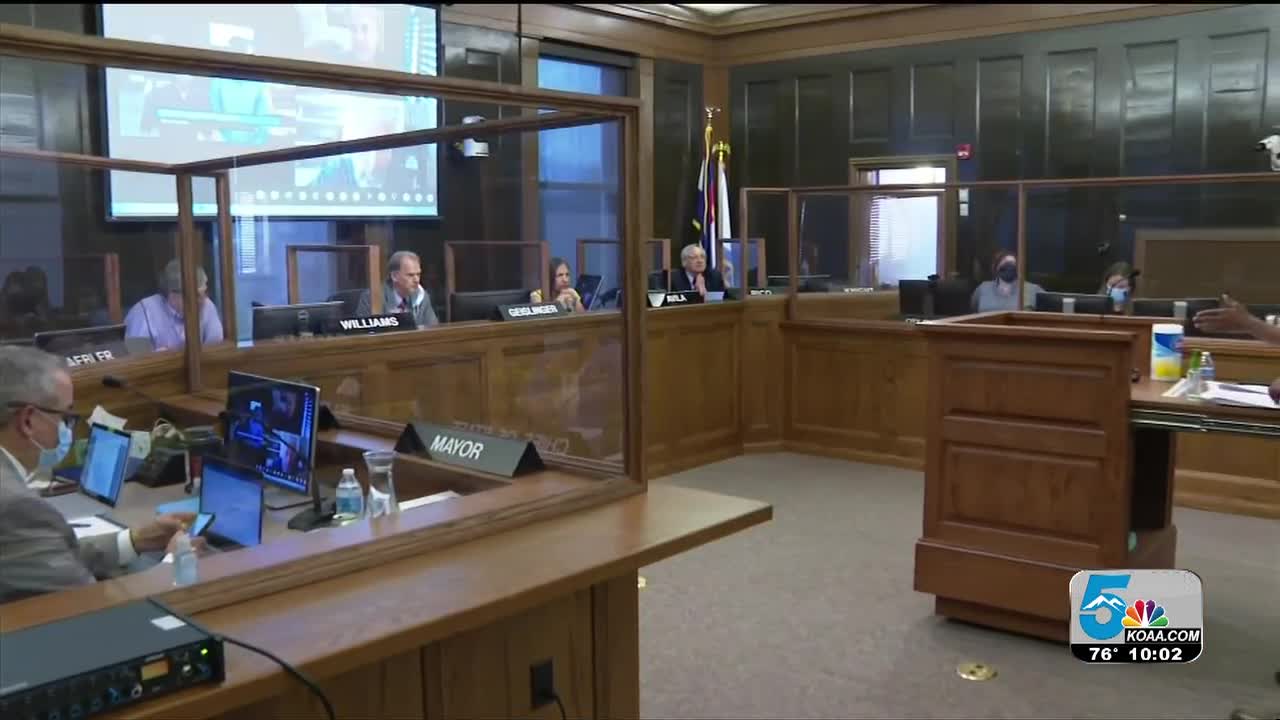 COLORADO SPRINGS — At a passionate work session for Colorado Springs City Council, two proposals for police oversight were presented with one of them moving forward.

Council ultimately showed the most support for a plan that would allow council members to appoint people onto an advisory board, rather than a model where the council president would choose people who have already been selected as options by those behind the proposal.

The application process is open for the Police Accountability Advisory Committee as of Wednesday morning. CLICK HERE to start an application. You can also track updates from the city on the committee and dates of the process, here.

The first group to present was composed of a handful of young activists, calling themselves The People's Group. They proposed a Citizen's Accountability Advisory Board with the goal of greater transparency, communication, and creating positive morale between the public, city council, and the Colorado Springs Police Department. This was the plan City Council showed the most support for.

The board would consist of 11 members appointed by the council, serving a 3-year term. Each council member would select a representative from their district, while the council as a whole would pick five at-large members from communities disproportionately impacted by policing procedure.

"So it probably, more than likely, would be the southeast... Those five are going to be the majority from that area that needs to be represented the most, based on fatal police shootings and serious bodily injury," said Derrick Matthews, a member of The People's Group.

City Council would be responsible for establishing an application process, which should include public notification, a questionnaire, and interviews by council members. The responsibilities of the board would include:

The board members would also be required to understand the work, training, and policies of the police department. Some of the ways for members to do so include ride alongs, witnessing or participating in police training, and attending town halls.

The other proposal presented to Colorado Springs City Council was from what many call The Austin Group. The members of this group were given that name after they traveled to Austin to learn more about different models of police accountability and transparency.

The group went to learn what other communities across the country are doing, with the intent of bringing those lessons back, where they can continue to research and ultimately propose what solutions could be implemented locally. The group is made up of a dozen people, some from city council, CSPD, nonprofits, and community members.

The Austin Group put forth a plan called the President's Commission on Police Transparency and Accountability. The purpose of this commission would be to research and recommend best practices, procedural changes, and new regulations or policy shifts for CSPD.

Goals listed for the commission include:

The commission proposed by The Austin Group would only focus on past incidents as examples for policy, procedure, and practice change recommendations, but it would not weigh in on current legal challenges in any other context. Members would be appointed by City Council President Richard Skorman, from a large group already nominated by The Austin Group. Skorman would then ensure their recommendations get a fair hearing in front of city council. The commission would meet at least once a week and all of the meetings would be open to the public.

"This work is longstanding, sustainable, and deep, from people who have been invested in this community for decades," said Rev. Dr. Stephany Rose Spaulding, one of the presenters for The Austin Group.

Most of the Colorado Springs City Council members expressed support for The People's Group, which was the plan proposing council appoint a representative for each of their districts. One of the council members, Yolanda Avila, spoke in support of The Austin Group's plan.

"The presidential committee or commission, is going to let the community be the drivers... And I feel like the having the advisory committee, it's been proven over and over again, that it doesn't work and it ends up being controlled by either city council or the mayors office... I think The People's Group is genuine, they really care, they want to do something, but as I said in the first work session we had last Thursday, it looks like they're pitting the two groups against each other," said Avila.

Avila also said city council chose the proposal that most aligned with their agenda, but those from The People's Group disagree.

"We didn't sit down with them and be like, 'Hey council, what do you want for this relationship with CSPD and the citizens?' We never asked them. What we did is we came to them with our proposal, and they would tell us what they like to see, what they didn't like to see, but it didn't influence the proposal that we came up with or that we created," said Matthews.

Mayor John Suthers spoke at the work session as well, saying his office and CSPD support the creation of a board by the council as a whole, and not the presidential commission.

Avila said she is not certain of when the official vote on these proposals will happen. She did say that council will start their work session an hour early on Monday to discuss the Citizen's Accountability Advisory Board further, because it's an issue they see as urgent, and want to get it up and running.