How will police enforce mask mandate in Colorado? 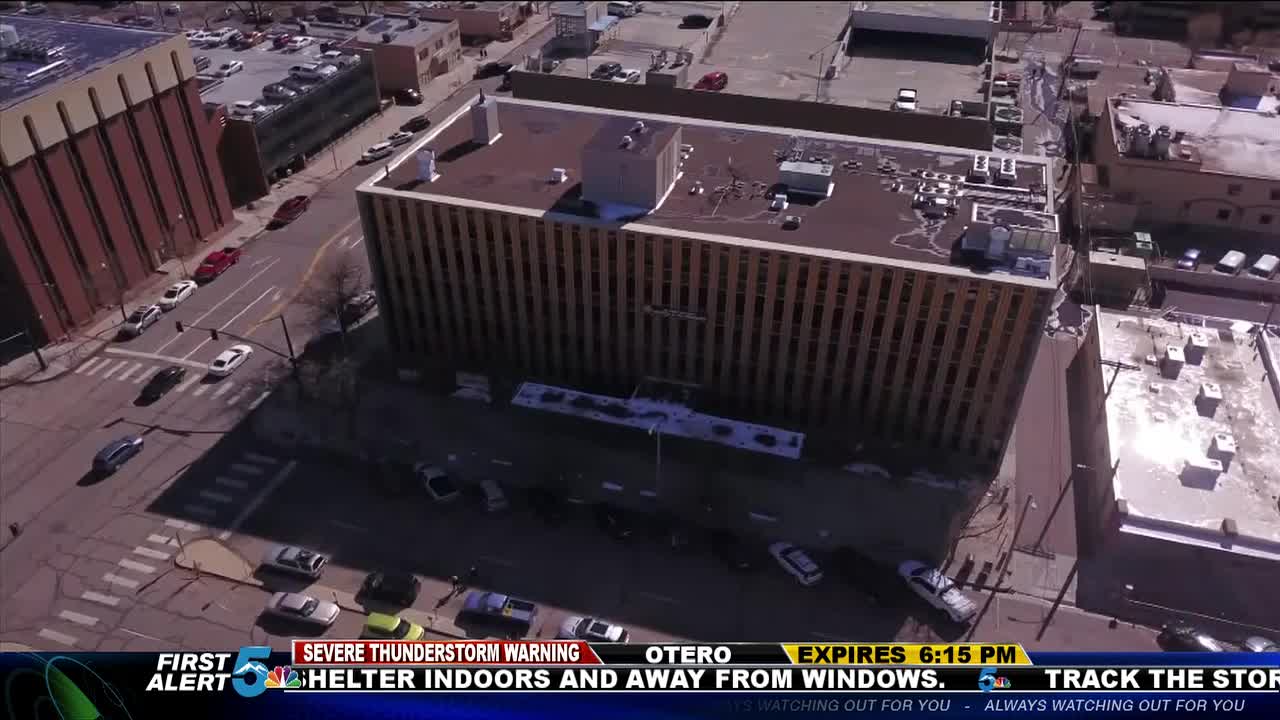 Law enforcement agencies said Thursday afternoon they encourage voluntary compliance with the governor's orders. But now we're approaching a point where tickets may have to be issued.

While some agencies are still figuring out how to enforce it, others have already taken a stance.

"Frankly our numbers in El Paso County compared to the rest of the state have been pretty good until the last couple of weeks," Colorado Springs Mayor John Suthers said.

Suthers warned the community in a news conference Thursday that if things don't improve soon, another shut down is imminent.

"We're in a position right now where if the trend continues for another 2-4 weeks, then we've got a really serious problem," he said.

Colorado Springs Police responded with a statement on Tuesday, July 21. The department said officers will focus on education and voluntary compliance over enforcement.

Officers may enforce trespass statutes if someone refuses to leave a business or other indoor public space after being asked to do so by any employee.

The statement from CSPD said guidance directs that officers will not respond to calls if the only reported information is that a business is not in compliance with the Governor's Order. That is a business licensing issue.

According to CSPD guidance also directs that if a person refuses to leave a business after refusing to wear a face cover, it is considered trespassing. Officers will first try to resolve the matter without criminal charges, but if someone still refuses to leave, they may be given a trespass citation.

Finally, the statement from CSPD said that if a person says they cannot wear a mask due to a medical condition, officers will not take action that could be considered discriminatory. This means officer will be consistent with the American with Disabilities Act, Title VII of the Civil Rights Act, and the Colorado Anti-Discrimination Act.

Meanwhile, the El Paso County Sheriff's Office has already taken a stance on the matter.

"After consulting with the leadership, we will not be enforcing it," Media Relations Manager Jacqueline Kirby said. "We will focus on education and compliance."

Kirby clarified that the Sheriff's Office doesn't have the manpower to actively go out and write tickets for people who violate the mask mandate.

However, she says that deputies will respond to businesses who call them about unruly shoppers who refuse to leave because they will not wear a mask.

"If somebody from that establishment asks the citizen to leave and they don't, then that qualifies as trespassing and they can call us and a summons would more than likely be served for trespassing," Kirby said.

The Pueblo Police Department also tells News 5 that they encourage voluntary compliance. However, city council is currently debating on an ordinance to allow police to issue tickets for public health order violations.

Colorado Springs Mayor John Suthers, who served as Colorado's Attorney General told News5, "A executive order that directs something in regard to a health situation has the force of law. So yes, it is a law... You ought to do it, regardless of whether or not it's the law or not. We're in a very critical period right now," said Suthers.

If approved, we'll be sure to let you know.

READ MORE ON THE ORDER