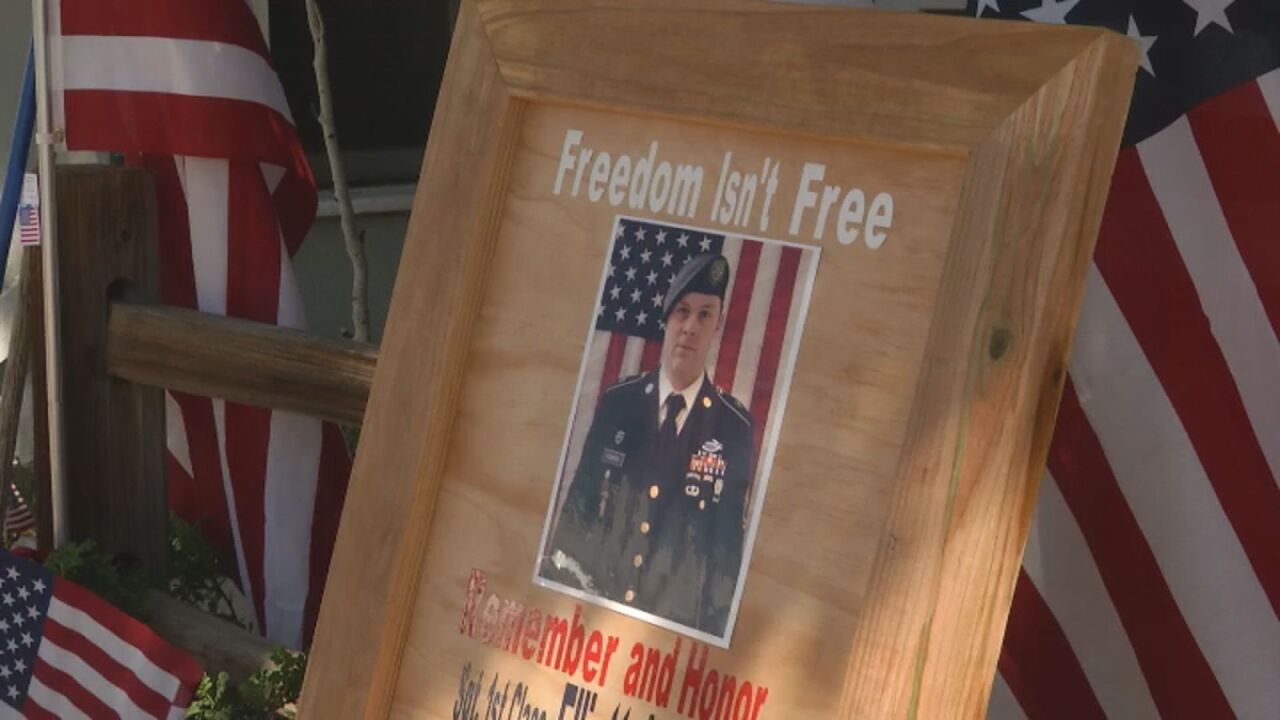 Copyright 2019 Scripps Media, Inc. All rights reserved. This material may not be published, broadcast, rewritten, or redistributed.
Alasyn Zimmerman 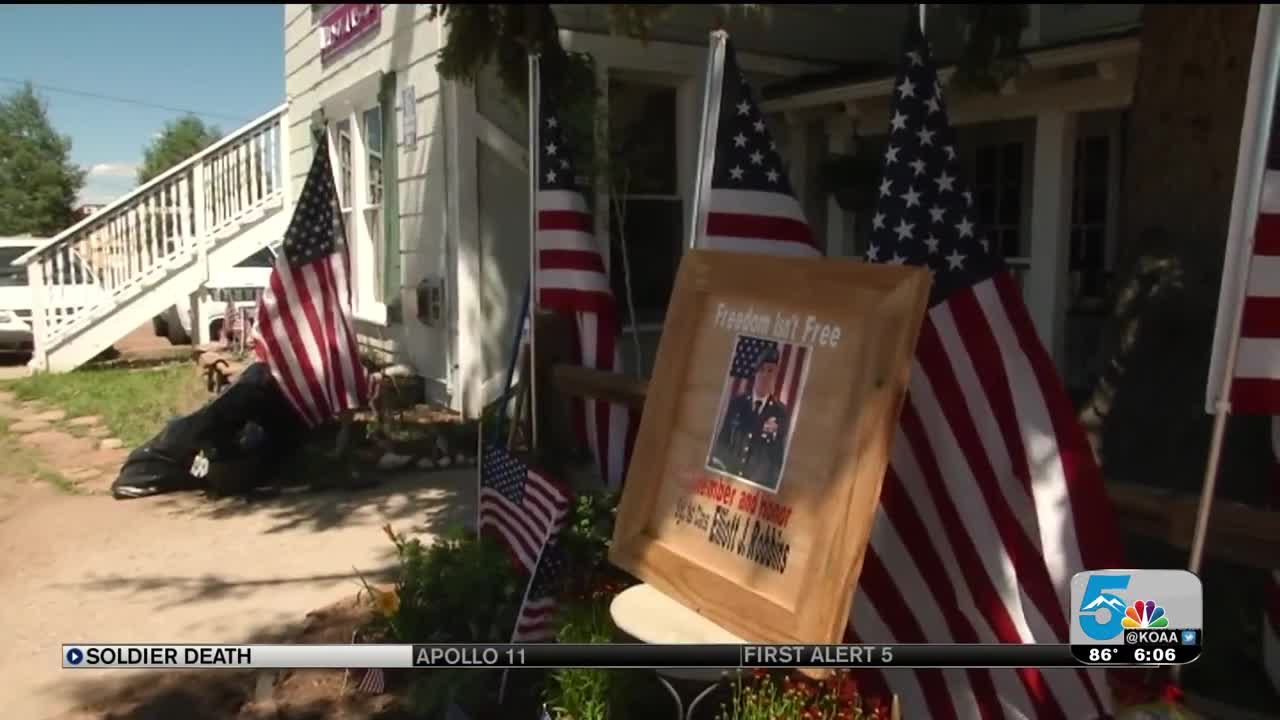 FLORISSANT — Sunday morning, Jill Rotondo was working as usual at the Costello Street Coffee Shop in Florissant. Later that morning, men showed up at the coffee shop and asked for the owner, Victoria Robbins.

"It was pretty devastating actually, to see those guys walk to go up stairs to talk to Vicky, it was hard, we were all crying," Rotondo said. The men were coming to bring the news Victoria's husband, Special Forces Sergeant 1st Class Elliott Robbins wouldn't be returning home from Afghanistan. Three weeks before he was set to return.

"We were all talking about Elliott actually because we knew he was coming home soon, we were really excited to see him, couldn't wait to hug him," Rotondo said.

Robbins died from a non-combat related incident in Afghanistan. When word got around to people in Florissant, they knew they needed to do something special for Victoria, as well as the Robbins' son- who was born earlier this year.

All day Wednesday, members of the community stopped by to place flags outside the family's coffee shop. They also spent time landscaping, repainting the shop, in addition to creating a memorial for Elliott. While the couple purchased the store a little more than a year ago, they quickly made an impression on the community.

"I don't think he ever knew a stranger, he was a friend to everybody," Sandi Boehr, a Florissant resident recalls, she and another woman in the community came up with the idea to honor Elliott with the display.

"We have a lot of older people that come here and he would take his time to sit down and talk to them and listen to their stories, I think a lot of the older women might have had little crushes on him because he was just such a great guy," Rotondo said.

The coffee shop closed on Monday and will reopen on the 4th of July at 6:30 a.m.- the plan is for Victoria to see the display sometime on the holiday.

"We love her and support her and we're here for her," said Boehr.