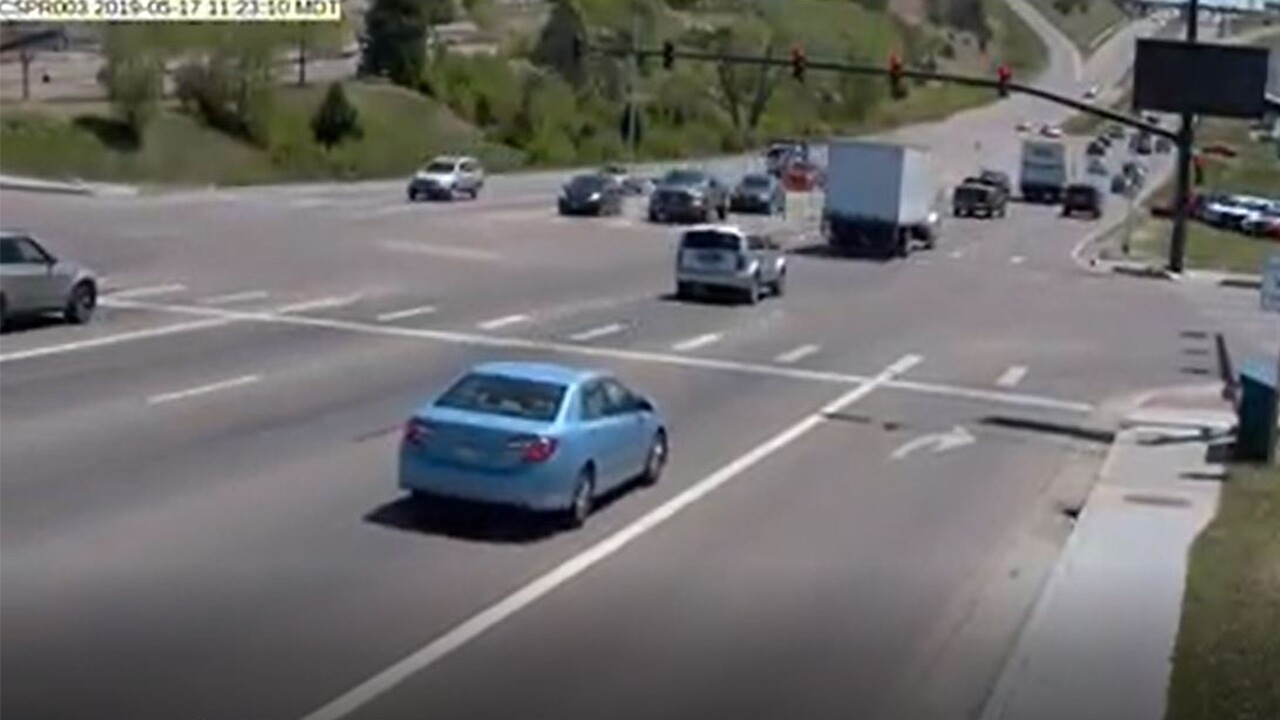 COLORADO SPRINGS — The Colorado Springs Police Department is reminding drivers of red light cameras and to be aware of their surroundings.

The department issued 743 tickets for drivers who ran a red light in July at two intersections. Now, there is a third one in the mix that was installed in mid-August.

As of Oct. 1, the warning period for the third red-light camera up at Academy Boulevard and North Carefree Circle has ended.

The other two red light cameras are up at East Platte Avenue and Chelton Road and Briargate Boulevard and Lexington Drive. The fourth named intersection is at Academy Boulevard and Dublin Boulevard.

Each camera has a motion sensor that activates once the light is red. It will take a picture of the vehicle in the intersection from the rear to read the license plate.

A red-light violation will result in a $75 fine, but will not add points to your license.

Sometimes a camera will flash when no one is running a red light, so each photo capture is reviewed by a CSPD staff member who makes the determination whether or not a violation happened.

CSPD will release monthly statistics on its website, but each report will be 60 days behind.

According to the department, there will be a total of 10 red light cameras installed throughout Colorado Springs. The other six intersections in this project have not been identified yet.

These installations are in response to the record 48 traffic fatalities last year.

Red light cameras are up at three Colorado Springs intersections