Colorado school shooting suspect to be tried as adult 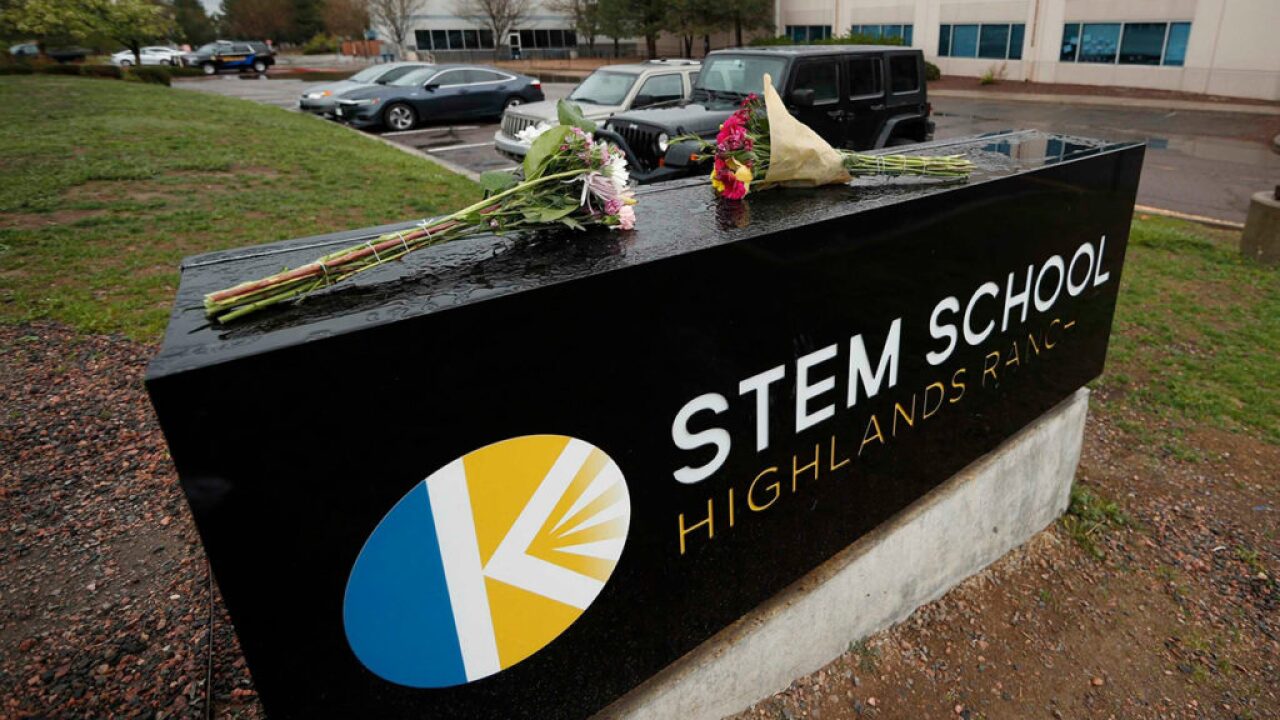 Bouquet of flowers sit on the sign outside the STEM School Highlands Ranch late Wednesday, May 8, 2019, in Highlands Ranch, Colo. A shooting took place Tuesday at the charter school south of Denver. (AP Photo/David Zalubowski)

CASTLE ROCK — A judge says the younger of two students charged in a fatal school shooting in suburban Denver last May will be tried as an adult.

District Judge Jeffrey K. Holmes ruled Wednesday that lawyers for 16-year-old Alec McKinney failed to prove that it would be better for him or for the community for him to be prosecuted as a juvenile.

His alleged co-conspirator in the shooting, 18-year-old Devon Erickson, faced a preliminary hearing in September, after which the judge in the case ruled that his case would move forward.

Erickson’s attorneys argued during his hearing that McKinney forced him into the shooting, though prosecutors said that evidence showed that was not the case.

But an affidavit for Erickson’s arrest showed that McKinney told investigators he planned the shooting for weeks beforehand and “wanted everyone in that school to suffer and realize that the world is a bad place.”

The affidavit said McKinney "told Devon he would let him live if Devon told everyone to stay still [during the shooting] and if he watched the second door" in one of the classrooms.

Erickson told investigators that McKinney, who was born female and called Maya but who now identifies as male, was “pissed off at a bunch of people” and wanted to shoot up a classroom near the entrance of the school because it contained “all of the kids they hated.”

McKinney and Erickson each face over 40 charges, including first-degree murder.