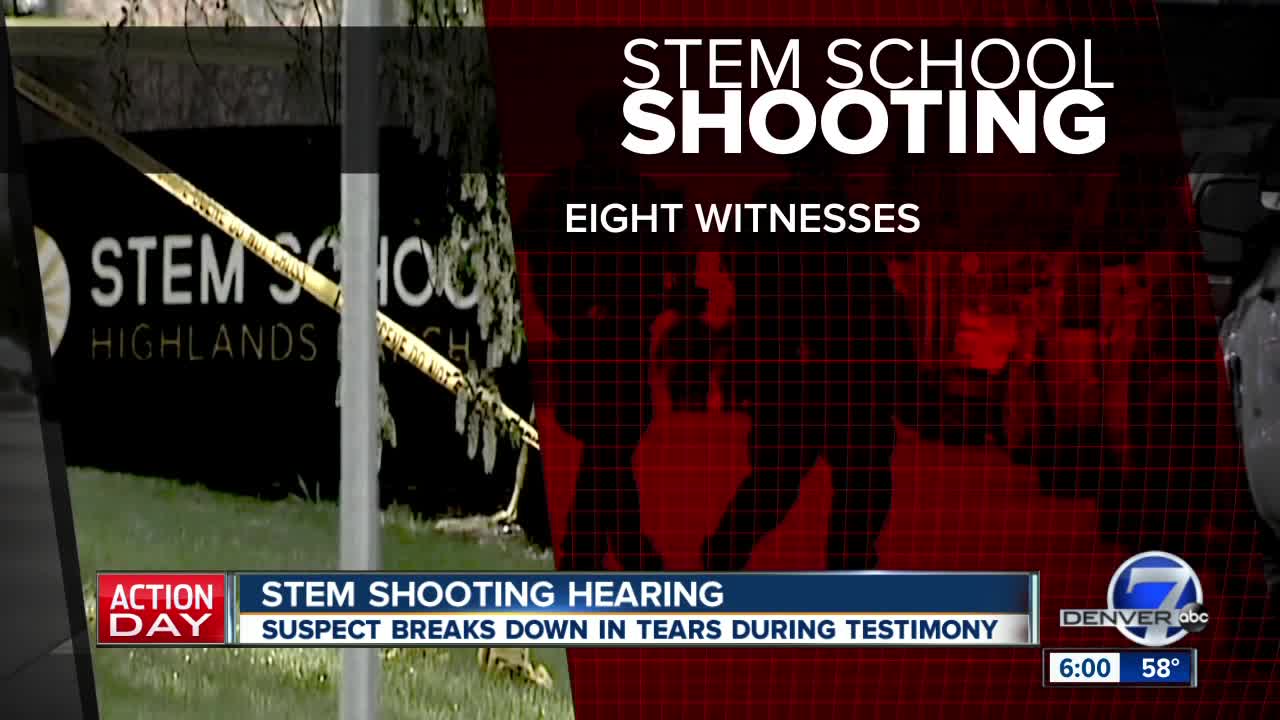 DOUGLAS COUNTY, Colo. – A judge says prosecutors have enough evidence for a teen to stand trial on dozens of charges, including murder, in May's shooting at STEM School Highlands Ranch.

Judge Jeffrey Holmes made the ruling against Alec McKinney, 16, during a preliminary hearing in Castle Rock Monday. The judge also is expected to hear arguments during a reverse transfer hearing on whether the 16-year-old should be tried as an adult for the May 7 attack that killed 18-year-old Kendrick Castillo and wounded eight others.

His alleged co-conspirator in the shooting, Devon Erickson, faced a preliminary hearing in September, after which the judge in the case ruled that his case would move forward.

Erickson’s attorneys argued during his hearing that McKinney forced him into the shooting, though prosecutors said that evidence showed that was not the case.

But an affidavit for Erickson’s arrest showed that McKinney told investigators he planned the shooting for weeks beforehand and “wanted everyone in that school to suffer and realize that the world is a bad place.”

The affidavit said McKinney "told Devon he would let him live if Devon told everyone to stay still [during the shooting] and if he watched the second door" in one of the classrooms.

Erickson told investigators that McKinney, who was born female and called Maya but who now identifies as male, was “pissed off at a bunch of people” and wanted to shoot up a classroom near the entrance of the school because it contained “all of the kids they hated.”

During Monday's hearing, defense attorneys argued an officer shown on body camera footage went up to McKinney on school grounds after the arrest and said, “You better start f--king talking." McKinney's attorneys said the teen wasn’t read his Miranda rights and anything said after that should not be admissible. Judge Holmes will decide on the motion overnight.

McKinney’s case has been suppressed since the shooting and remains so during the hearings. Our news partners at The Denver Post reported Monday that the court saw video of McKinney trying to turn a gun on himself during the shooting when a security guard intervened.

The hearings are scheduled for and expected to last seven days, through next Tuesday.