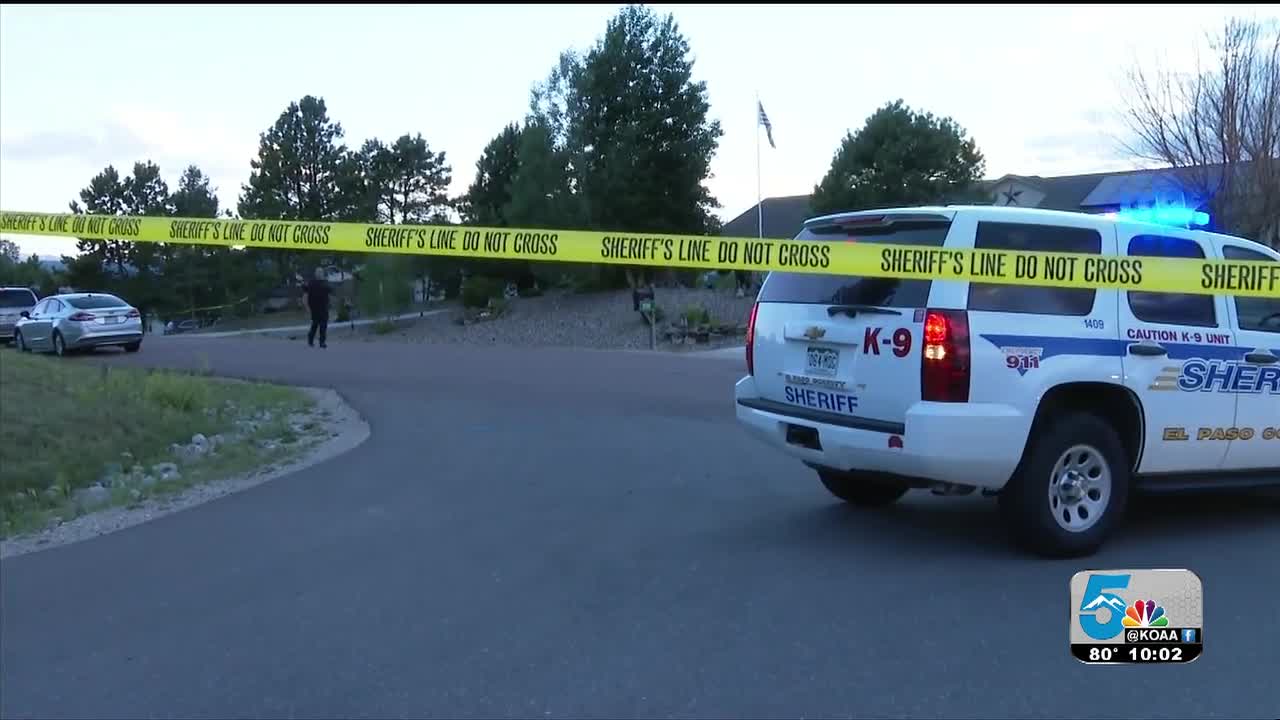 One suspect has died after a chase with Colorado State Patrol and the El Paso County Sheriff's Office.

LARKSPUR — One suspect has died after a chase with Colorado State Patrol and the El Paso County Sheriff's Office Saturday, and at least four law enforcement officers are on paid administrative leave.

Colorado State Patrol first responded to a menacing call Saturday evening that occurred in Lakewood. Troopers tried to stop the suspect on southbound I-25 near Larkspur when they took the exit and crashed into a guardrail.

The Colorado Springs Police Department, who is handling the investigation, said the suspect tried to carjack another vehicle nearby and when they were unsuccessful, they pointed a gun at troopers and ran into a field.

CSP and other law enforcement later learned a person matching that suspect's description was trying to enter homes in a Monument neighborhood.

Officials say the suspect fired a shot, and officers returned fire, hitting and killing the suspect. No officers or bystanders were injured.

The suspect was later identified as 23-year-old Antonio "Tony" Mancinone. News5 spoke with his brother who wants people to learn from his death.