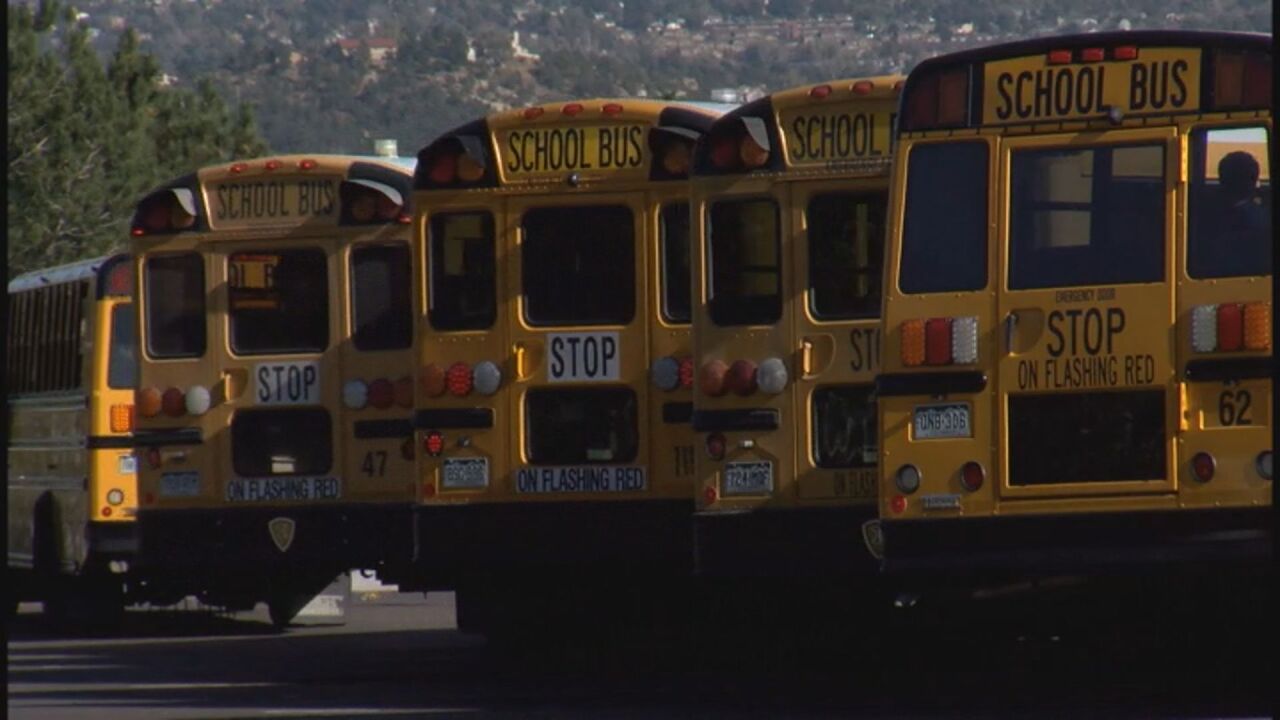 Academy District 20 is consolidating bus routes, offering cash bonuses and other incentives to try and adapt to a shortage of bus drivers. 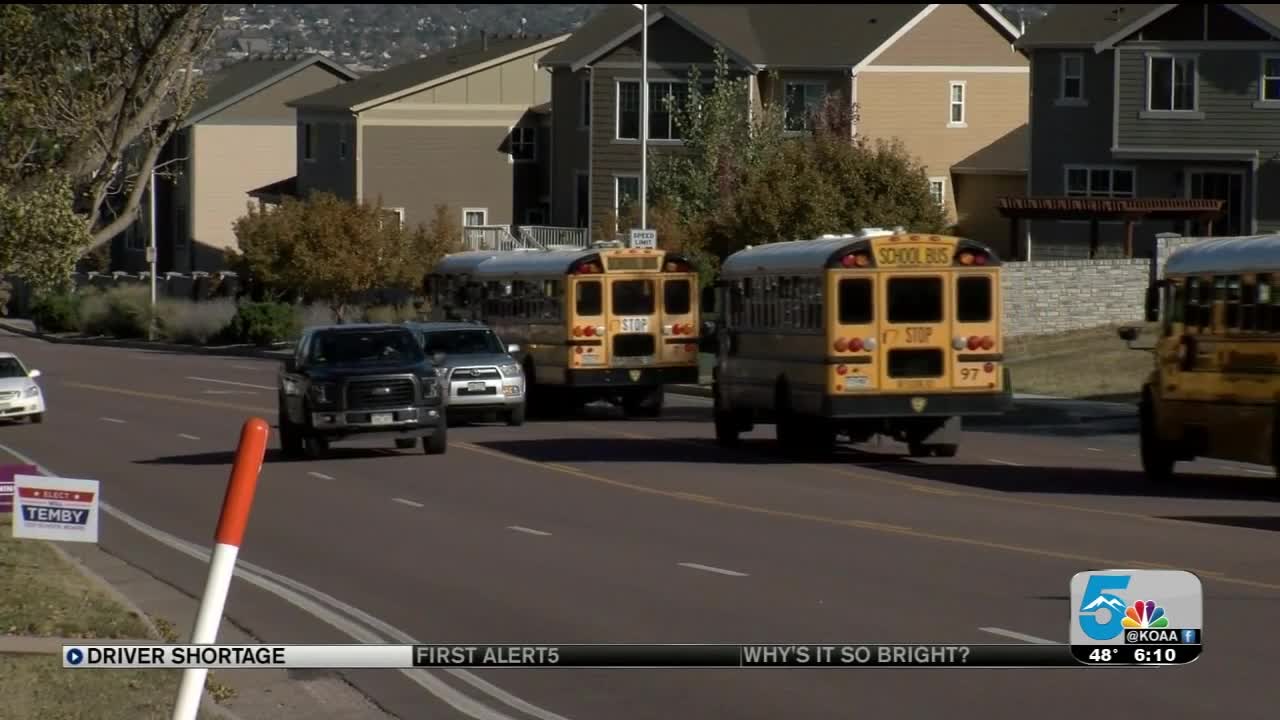 COLORADO SPRINGS, Colorado — The unemployment rate for the Pikes Peak Region fell to 2.8 percent in September leaving a tight job market where many employers scrambling to fill positions. This is especially noticeable among school bus drivers.

On Thursday, Academy District 20 Transportation Director Mark Ressel emailed parents to notify them of bus route consolidations to adapt to the shortage of drivers.

"With unemployment in this area hovering around 2.9 percent due to the good economy, we are struggling to recruit and retain enough school bus drivers," Ressel wrote.

The district already cut back on bus availability for special events and field trips. It's also offering healthcare benefits and cash bonuses to incentivize recruiting and retention of new drivers. The shortage isn't unique to District 20. Administrators in Falcon D49 and Colorado Springs D11 also said they are struggling to hire bus drivers.

Students here can earn their Class A Commercial Drivers Licenses and be ready to drive big-rigs in as little as 3 weeks. Certain commercial licenses for a smaller classes of vehicles, like buses and dump trucks, can be completed 40 to 60 hours. Wescott said tuition for the Class A license program costs $4,000 and the starting pay for those licensees will typically range between $40,000-$60,000 per year.

"The economy is so good, and people have so many other choices, they're choosing something different," Wescott said. "That's what it comes down to."

"We're seeing consistently over 11,000 open position in El Paso and Teller Counties," Marques said. "There are a lot more job openings than there are people looking for work."

She encourages employers to get creative in filling their staff. For example, she suggests the school districts target workers above age 50 for part-time work driving school buses.

"Also, look into those Justice-Involved citizens, those ex-offenders who are coming out of prison systems and the Department of Corrections are great opportunities to do some transportation, over the road, long-haul truck driving," Marques said.

She encourages every employer to consider applications from adults with physical disabilities.

The Workforce Center is holding the state's largest job fair on Tuesday. Some 190 employers are looking to fill thousands of jobs at the USAA Community and Veterans Job Fair.

It will be held at the Colorado Springs Events Center at 3960 Palmer Park Blvd, near Academy Boulevard. The job fair opens at 10:00 am to veterans, transitioning military members and their families. The general public will be admitted at noon.