Bear proof trash cans could be required in Colorado Springs 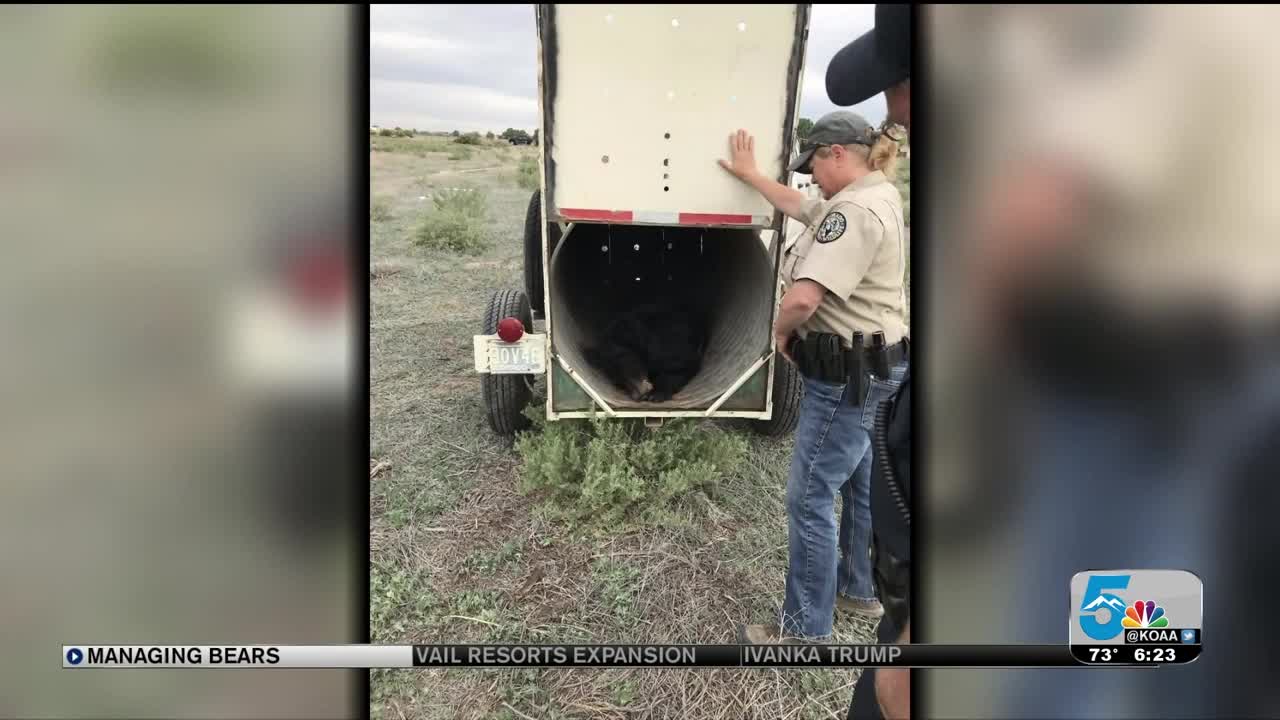 COLORADO SPRINGS — There are too many bear verses human encounters happening in Colorado Springs. “199 so far this year” according to Colorado Parks and Wildlife, Area Wildlife Manger, Frank McGee. Colorado Springs City Council is seriously considering a new ordinance to curb the problem.

The proposed law requires anyone living west of I-25 to either use bear proof garbage cans or keep their garbage secured inside until 5:00 a.m. on their garbage day. "It's a hard one, said Colorado Springs City Council, President, Richard Skorman, “You know we don't want to be too prescriptive as a government, but a lot of communities have required bear proof garbage cans.”

Research and data shows garbage left out overnight is a major factor within the issue of bears attracted into urban areas. "Once they get habituated, then they start to behave a little bolder and maybe they enter the residence and once that happens that bear is going to be euthanized because they're considered a danger," said Humane Society of the Pikes Peak Region, CEO, Jan McHugh-Smith. One of worst years was 2017 when 30 bears were euthanized.

Colorado Parks and Wildlife has done research on the issue by tracking bears. The watched activity in an area where the was an education only campaign trying to get people to better understand why they need to secure their garbage. They also tracked an area where bear proof garbage cans were required. The number of bears dropped in the area with requirements. “It’s a significant reduction in those conflicts,” said McGee. The area with education only, showed no change.

Two council members representing all the people living west of i-25 decided to postpone a vote scheduled in August. They want to hold a couple of town hall meetings to discuss the ordinance with the people it will impact. The vote has been moved to September.