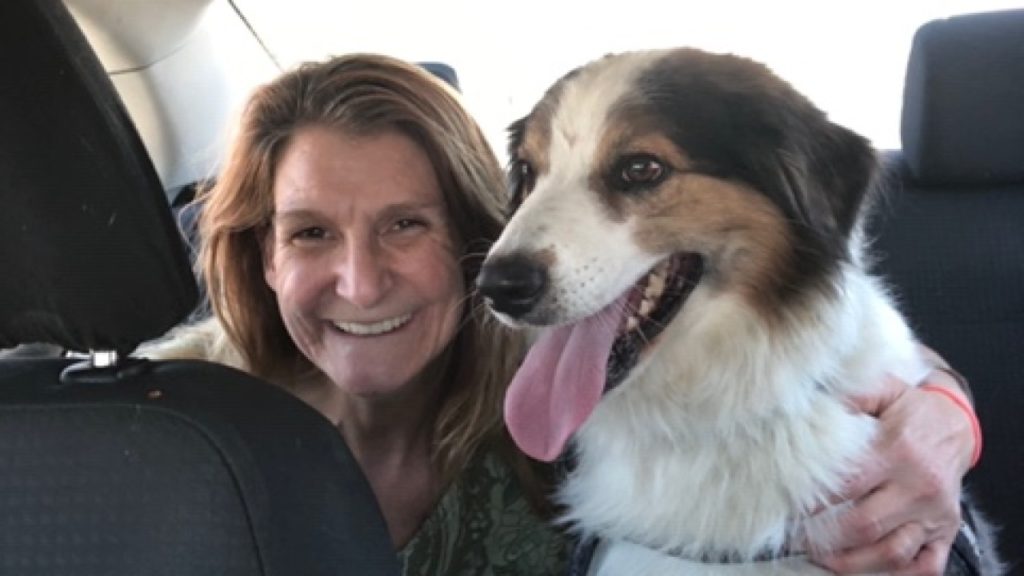 DENVER – Dave, An Australian Shepherd that disappeared after his owner got in a car crash on E-470 last week, is back home.

Dave was nowhere to be found after Kenton Schminke’s car veered off the pavement and into the median of the northbound lanes of the toll highway on the night of June 12.

On Thursday afternoon, Frankie Menna, the son of the victim’s wife, told Denver7 they had found Dave and that he was home safe.

How did they find him?

“Eight days of non-stop searching,” said Menna. “We got on his trail and tracked him through Highland Canal and we were able to locate him in Green Valley Ranch. A couple people had seen him and once we found him we were able to lure him in enough to smell us and then he was happy as could be!”

Menna also said Schminke was going to be woken up from his medically-induced coma on Thursday.

The family said he was doing better, but still has a long road to recovery.