PUEBLO – William Morris and his coworkers are just trying to do their job.

The Jack In The Box restaurant off Highway 50 and Club Manor Drive is home to all-day breakfast, a busy drive thru and now, according to employees, aggressive panhandlers.

Morris said a dumpster enclosure toward the edge of the property is now well-traveled by the homeless.

Morris has worked there for two years and said the panhandling problem has never been worse than it is now. 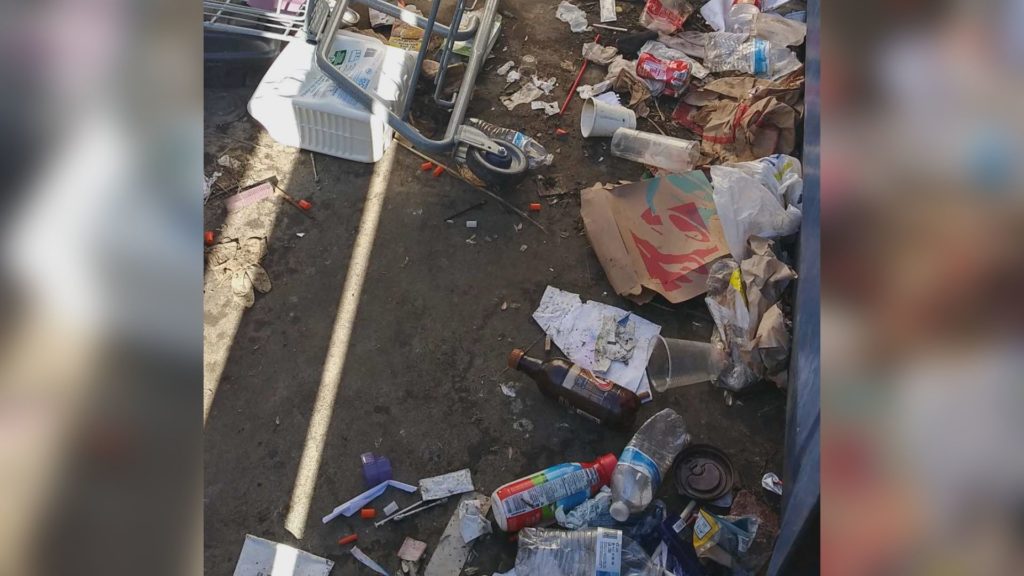 He shared photos of the trash left behind by the homeless, including used syringes scattered around the ground. Even taking out the trash has become a hassle, he said.

He also said those loitering on the property have threatened him and his coworkers.

All the while, Pueblo Police ask those dealing with this problem to file a report.

“It helps if we have criminal complaints and we have businesses that identify individuals that are chronic problems, that way we can do what we do,” said Sgt. Franklyn Ortega.

He also stressed the importance of knowing loitering laws and your rights to asking people to leave if they are in violation.