On Sunday, June 9, CSPD received multiple calls about vehicle break-ins at the Bear Creek Dog Park parking lots on South 21st Street and the Bear Creek Pavilion across the street.

Suspects either broke vehicles or damaged doors to get into eight vehicles during that two-hour time span and stole items including electronic devices, purses and wallets, passports, social security cards, credit cards, and other items. The stolen credit and debit cards were used to make multiple fraudulent purchases. 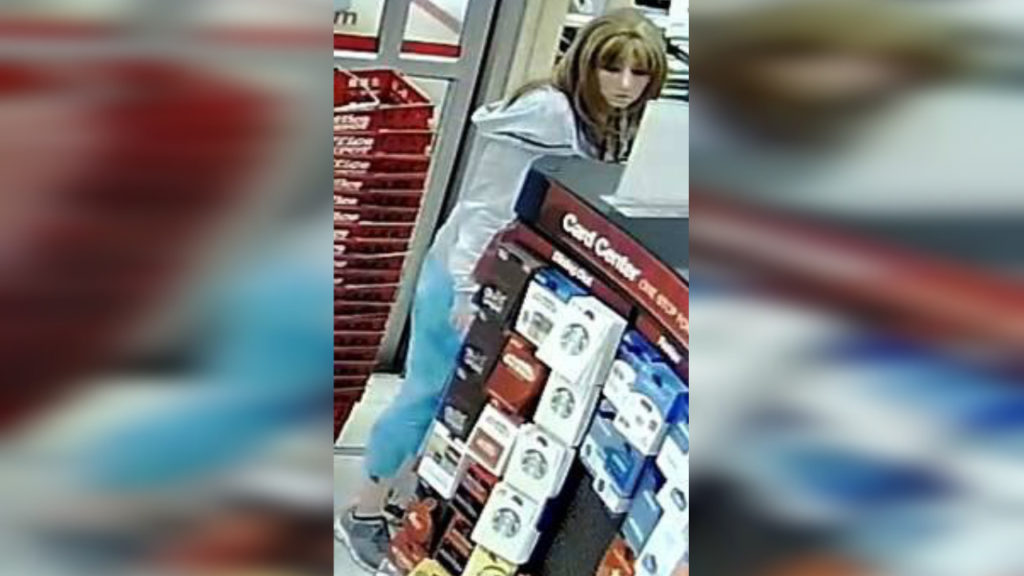 Surveillance video shows two suspects. One is described as a petite female about  5’3″ to 5’4″ in her mid-20s with a very pale complexion and appears to be wearing a dirty blonde shoulder-length wig.

The second suspect is a white or Hispanic male, also in his 20s, about 5’7″ to 5’9″ with a medium build. He is seen driving a dark gray SUV believed to be a Chevy Equinox or similar vehicle, with an advertisement placard instead of a license plate in the front plate holder.