COLORADO SPRINGS – Their home is no longer there, but Brynn Stroope and her family continue to pay for it and the fees associated with living in a homeowners’ association.

Stroope was one of the victims in a devastating structure fire at the Sunstone Townhomes in March 2018. Twenty townhomes were destroyed after someone discarded a cigarette in a potted plant, igniting the plant and eventually striking a natural gas line. 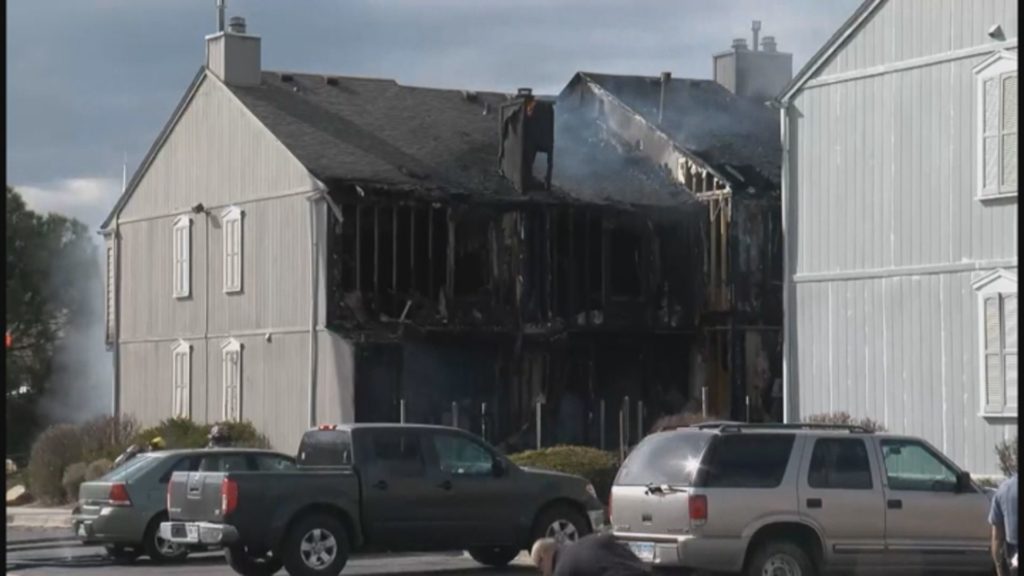 It was one of her worst days, but her nightmare was only beginning.

“[It was] chaos and just disappointment and emptiness,” Stroope said. “We still have to pay the HOA fees on top of everything else, on top of rent bills and new electricity bills, and everything else that we have to pay. We’re looking at almost $3,000 a month and half of it is for a house that we don’t even get to see.”

Stroope and her family have since moved to Oklahoma, where the cost-of-living is more affordable than Colorado Springs.

More than a year after the fire, the foundation is all that remains at her townhome. However, the 20 units are far from being rebuilt.

She told News 5 she’s still having to pay for HOA fees associated with the property, despite not living there and not having a home to live in.

For example, the complex took significant damage during the June 2018 hailstorm that wreaked havoc on Colorado Springs. The HOA assessed the damage to around $2,500 per unit.

Stroope was charged the bill too, despite not actually being impacted by the storm.

“There couldn’t have been any damage to anything, to any of our units, because there was nothing there,” Stroope said.

The board president of the Sunstone Homeowners’ Association provided this statement about the fees, “Sunstone Homeowners’ Association and restoration partners continue to focus on the rebuilding process. It is important for residents to understand that homeowners’ assessments go to pay for common expenses of the association.  They are a legal obligation of residents that are included in the governing documents. Those expenses continue even during the rebuilding process and need to be collected.”

Stroope said she plans to sell the home when it’s rebuilt, which she believes will be around another year from now.