A weird time is always guaranteed at Denver International Airport

DENVER – 24-years ago today, Denver International Airport opened its doors and the world began flying in and out of what looks like a giant circus tent. The airport has stood out as different from day one and it’s got a rich history of conspiracy theories and odd artwork.

When the airport was originally built, they designed an entire automated baggage system that failed miserably. The property is home to numerous underground tunnels and trams that run between the concourses and around the failed baggage system. Some people say those tunnels were built to shuttle people to large underground bunkers to be used when the end time comes. On top of that, some claimed the runways were swastika-shaped. None of which is accurate, but it makes a great story!

Another weird theory involves the strange markings on the floors. For a while there, rumors were flying (pun intended) that the markings symbolize a new strain of hepatitis that could be used in biological warfare. It turns out that those symbols are Navajo language and some may be designs from the periodic table of elements.

The dedication marker and capstone that’s been placed over a time capsule set to be opened in 2094, is also surrounded in mystery. The symbols on the marker are associated with the Freemasons, a charitable organization that is often subject to their own conspiracy theories. Some believe the airport is tied into the New World Order. DIA says it’s actually the New World Airport Commission. It was designed by a planning and advocacy group consisting of local business and political leaders. The group has absolutely no association with the ‘New World Order’.

Moving away from the conspiracy side and on to the artwork. “Blucifer” is DIA’s mascot of sorts. The giant blue mustang statue has glowing red eyes that you can’t miss. Many of us think it’s really kinda creepy.  Did we mention that Blucifer killed his creator? Artist Luis Jimenez was killed by a piece of the massive statue in 2006. 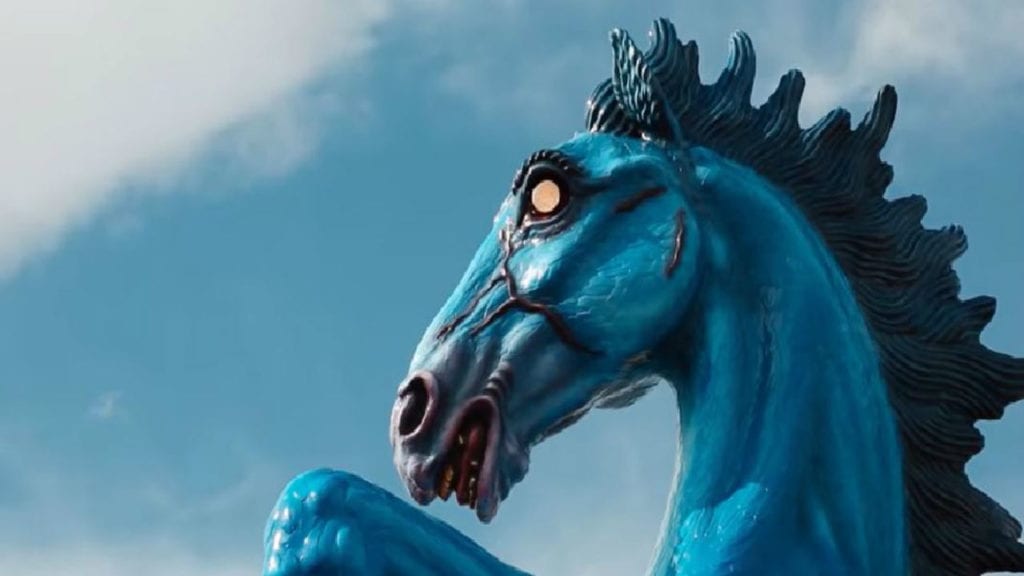 Then there’s Anubis-the Egyptian god of….death. There was once a statue of Anubis in the airport, but it wasn’t part of the art collection. It was a temporary marketing display for an Ancient Egypt exhibition at the nearby Denver Art Museum, rather than an omen for our impending doom. Needless to say, people were uncomfortable with it. You know, something about the fear of air travel and the god of death.

Moving forward to 2019. Officials at DIA say they enjoy being a topic of conversation and they embrace the endless conspiracy theories. They decided to step up their weird but fun game by surprising travelers with a visiting talking gargoyle. While he isn’t permanent at the airport, which is a shame, they say he’ll return to visit the airport in the future. 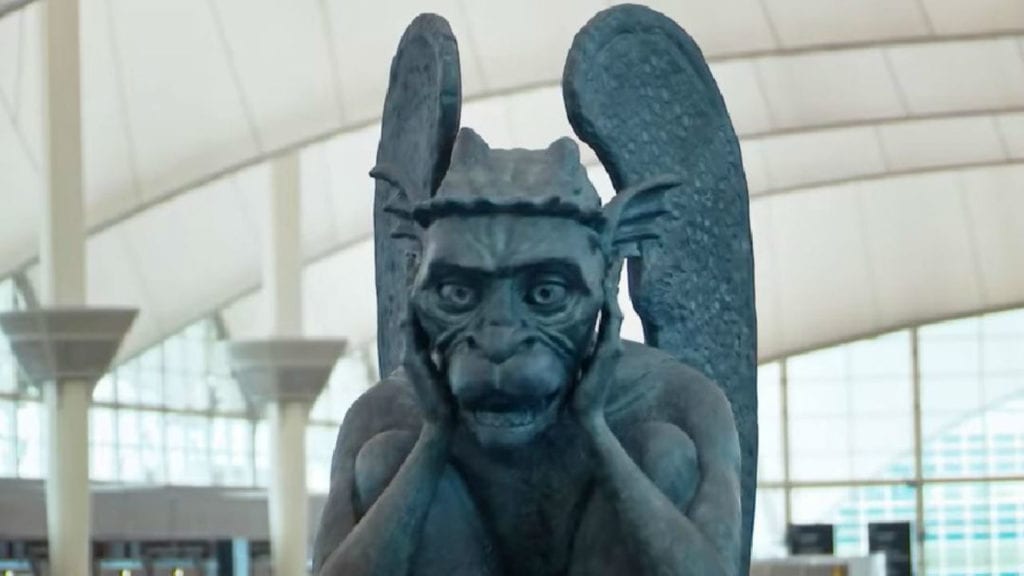 The reaction from visitors in the terminal are classic and extra points given to DIA for their continued creativity and well..weirdness..Enjoy the video. It’s hilarious.