Teens wanted for carjacking caught following chase, crash on I-25

COLORADO SPRINGS – Deputies with the El Paso County Sheriff’s Office pursued a carjacking suspect heading south on I-25 at speeds around 120 mph this afternoon.

The suspect was driving recklessly, weaving around traffic, when he crashed near Mile Marker 101 just north of Pueblo.  News5 has learned an officer used a Pursuit Intervention Technique, also known as a PIT maneuver, to end the chase.

Southbound I-25 was closed for several hours due to a large police presence and debris from the crash.

We’ve confirmed three teenagers in the van were immediately taken into custody after the crash.

The Pontiac van was reported stolen in a carjacking on E. 21st St. this morning in Pueblo. At the time, the driver successfully got away from officers.  Fast forward to this afternoon in Colorado Springs when El Paso County Sheriff’s Office deputies spotted the van following an attempted armed robbery in which the victim described the van as the getaway vehicle.

All three suspects may face charges of attempted robbery, felony eluding and robbery. Pueblo Police say the suspects are minors.

This is the result from a crash from a police chase on S I-25 near the Eagleridge exit. pic.twitter.com/JLb2B76337 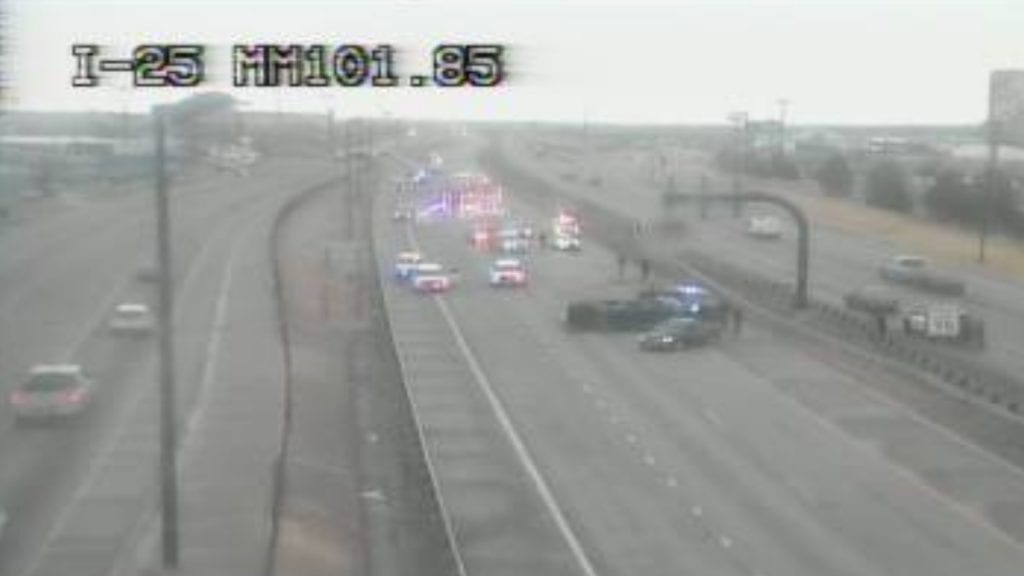