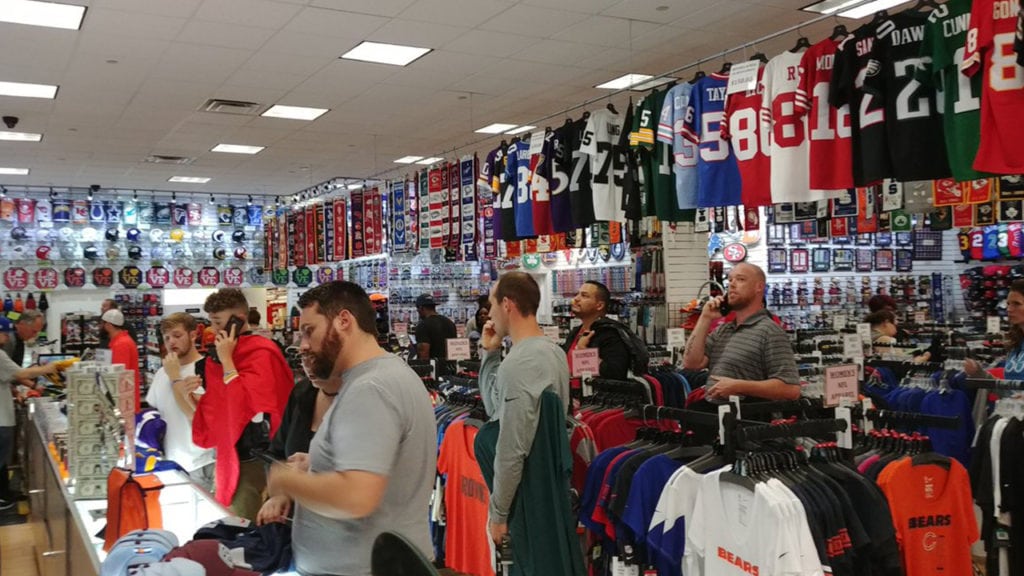 COLORADO SPRINGS – Prime Time Sports at the Chapel Hills Mall in Colorado Springs is looking to get rid of all Nike products from the store following Nike’s decision to feature Colin Kaepernick as the face of its “Just Do It” ad campaign.

The store’s owner, Stephen Martin, tells News 5 he’s marking down all Nike products to half-off until they’re gone.  Martin said his store will no longer sell Nike products once they’re sold out.

Martin told News 5 that selling jerseys and other products at 50 percent off covers the cost of merchandise to his store and he’s not making a profit.

Martin said his business just bought $60,000 worth of Nike products for the season.

This isn’t the first time Prime Time sports has weighed in about anthem protests . The store canceled an autograph session with Broncos Linebacker Brandon Marshall after he kneeled during the national anthem in 2016.

That decision caused some customers to boycott his store, but he told News 5 last year that most customers supported his decision to cancel’s Marshall’s appearance.

“Partly from being in a military-based town, there’s been an overwhelmingly positive response,” Martin told News 5 last September.

Martin also told us that Kaepernick’s jersey sold out quickly when he started his anthem protests in 2016 before he was released later that season.

"It's like a Christmas sale in here," says Stephen Martin, owner of Prime Time Sports. He's selling all #Nike gear at 50 percent off, which he says covers the price he paid for it, in protest of the company's new ad campaign with Colin Kaepernick. More tonight on @KOAA pic.twitter.com/B6zaLiqbHi