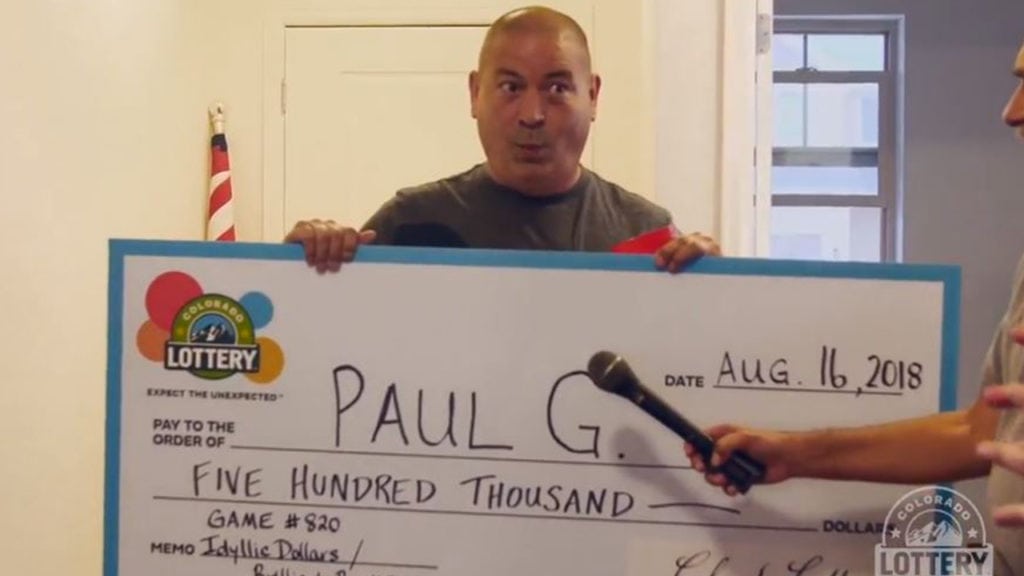 COLORADO SPRINGS – A Colorado Springs man may be one of the luckiest in the entire state, if not the country.

The Colorado Lottery said a Colorado Springs man, identified only as “Paul G.,” won a total of $1 million from three scratch tickets since March 2017.  $750,000 of his winnings come from second-chance drawings.

Paul G. will pick up his latest big check Wednesday at the Colorado Lottery claims office in Denver.

In Colorado, players can submit non-winning scratch tickets through the lottery website and app for a second chance at winning cash and other prizes.

The Colorado Lottery surprised Paul at his home in August when he won the $500,000 prize.