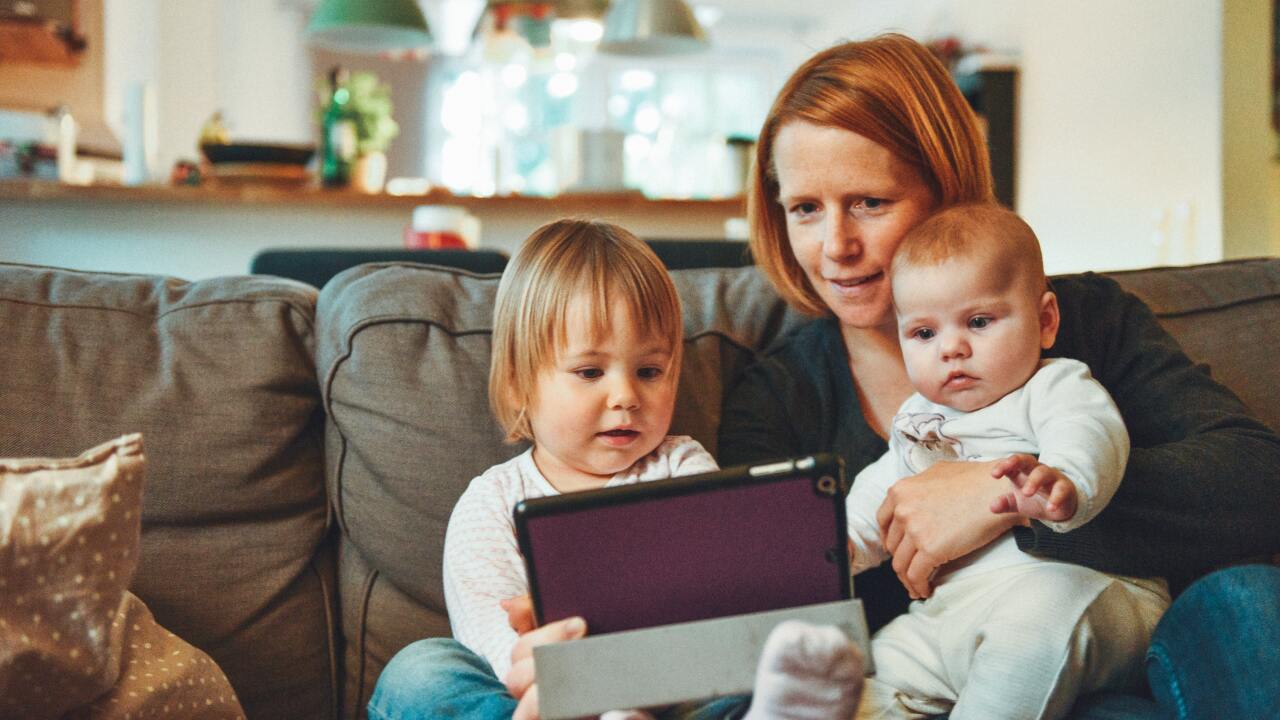 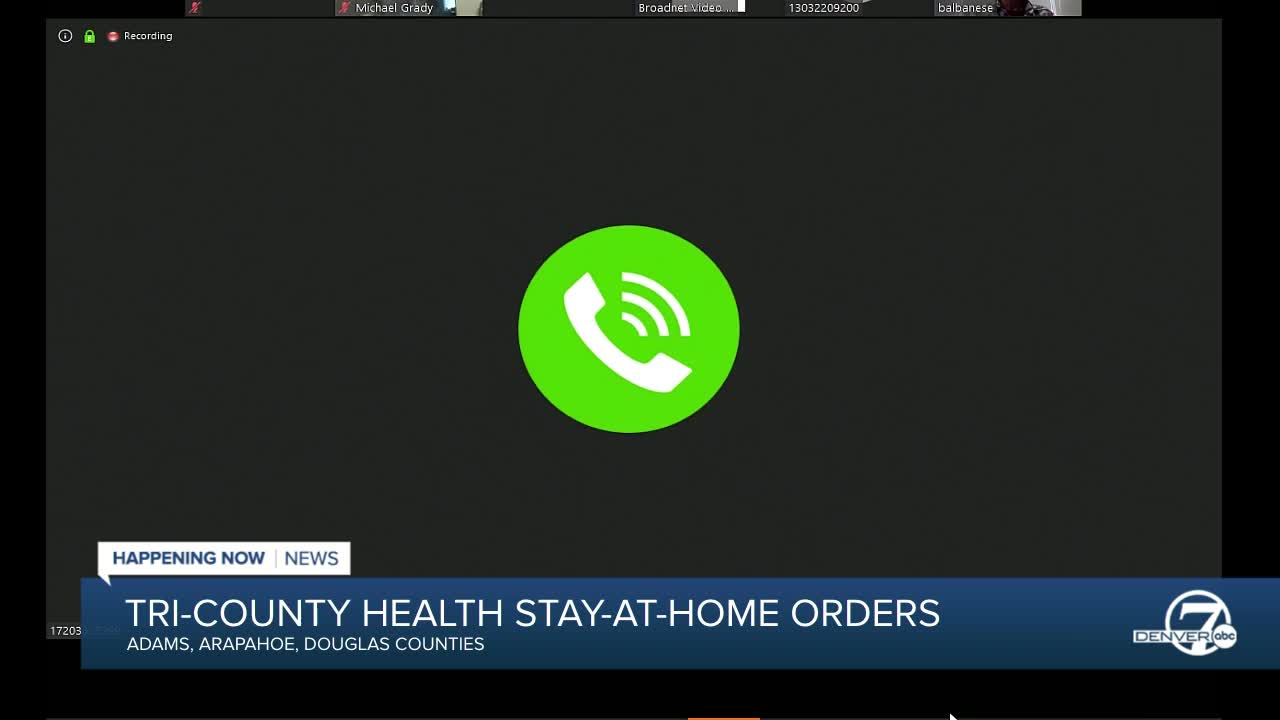 The stay-at-home orders will all go into effect Thursday at 8 a.m. until April 17 at 11:59 p.m., aside from Larimer County's, which goes into effect at 5 p.m. Thursday through April 17. This is a week longer than Denver's order , which officially went into effect Tuesday at 5 p.m.

READ MORE: List of Colorado businesses that are open | Volunteer and donation opportunities

Specifically, the orders require all residents in the counties to stay at their homes and only leave for essential activities that are necessary to maintain their health and well-being. This includes getting groceries, obtaining medical supplies or medication, and engaging in outdoor activities like walking, hiking or running while following other social distancing practices, health officials said.

The TCHD said residents in Adams, Arapahoe and Douglas Counties are allowed to gather in small groups to engage in social activities outdoors, as long as they stay six feet apart, said John Douglas Jr., executive director of TCHD. He said the department decided to allow this after receiving community comments regarding the mental health of individuals who live alone and want to connect with friends in a safe way.

Health officials said residents in all seven counties are allowed to get food via takeout or drive-thru, visit a health care professional, retrieve supplies to work from home, pick up items needed for remote learning for a child and get outside to exercise as long as residents stay at least six feet away from people who do not live with them.

Those who work in essential businesses — which includes health care operations, infrastructure operations and maintenance, and certain government functions — are allowed to go to work.

Douglas said the three counties that the TCHD oversees has a few other exemptions, which include gun and ammunition retailers and landscapers.

Larimer County issued its stay-at-home order Wednesday afternoon. It will go into effect at 5 p.m. Thursday through April 17. Most of the same guidance from other counties applies to Larimer County’s order as well.

“While some will call this directive, "shelter-in-place," it is far from the shelter-in-place of acute emergencies, like for active shootings or tornadoes. The purpose of such an order is to enforce physical distancing between people to slow and stop the spread of the virus. There is nothing inherently dangerous about going outside but rather in being close to other people who are ill, whether they know it or not,” the county health department said in a statement.

Aside from the TCDH's rule that small groups of people can meet up outside, these stay-at-home orders means that any public or private in-person gatherings with people from outside your home are not allowed. Carpooling and traveling, except to get essential services or items, is also not permitted.

Douglas said the community must take these bold actions to stop the spread of COVID-19. He said the state is likely weeks away from losing hospital capacity if action isn't taken to curb the spread of the novel coronavirus.

“With each passing day, we run a growing risk of greater transmission and illness and quickly overwhelming our hospitals, which are really a resource for our entire region and state," he said. "When this happens, not everyone may get the care they need. It’s a real possibility in Colorado — and a situation which has already occurred in countries such as Italy — and which is threatening to happen in major U.S. cities in other areas of our country.”

Dr. Bernadette Albanese, a medical epidemiologist with the TCHD, compared the outbreak to an iceberg: The tip of the iceberg is the people who have been hospitalized and those at risk. And below the water are those individuals who have mild symptoms. With community spread happening, the bottom of the iceberg is pushing up, so health officials are seeing more severe diseases, more hospitalizations and a big strain on those in the medical community. In other words — this rapid rise means the COVID-19 is spreading despite previous efforts, she said.

The virus is easily spread through person-to-person contact and the risk of transmission is greater when people are closer together, said Dr. Mark B. Johnson, executive director of Jefferson County Public Health.

Jeff Zayach, the executive director of Boulder County Public Health, added that scientific evidence says they must act now to save lives in the long run.

Coronavirus Resources and Information
Gov. Polis urges Coloradans to wear masks outside of home What Colorado's stay-at-home order means to you Web site helps shoppers locate hard to find products during pandemic Where your child can get meals during COVID-19 pandemic Coronavirus-related closings in southern Colorado Think you may have the coronavirus? Here’s what to do Go here for coronavirus volunteer opportunities in Colorado Colorado businesses ready to serve you Colorado opens insurance enrollment period for uninsured people Stuck at home? Here are some free activities to try 6 Services Offering Free Online Classes For Kids During School Shutdowns Companies in need of employees amid financial meltdown