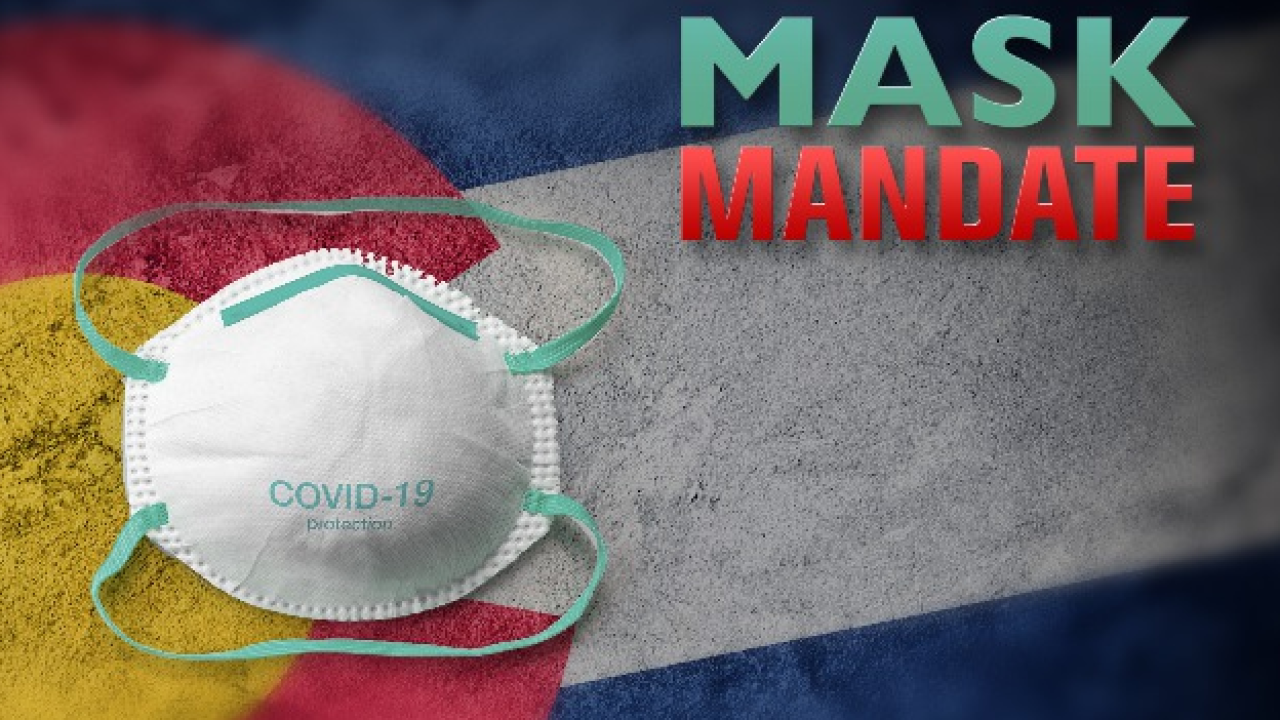 Two Republican candidates for the Colorado House have filed a lawsuit challenging the mask order issued by Governor Polis.

The lawsuit says the Governor and local governments cannot force people to wear face coverings in the name of public health.

"All of the orders by the defendants are compelled speech. The First and Fourteenth Amendments protect against compelled speech. Forcing already struggling businesses to enforce compelled speech mandates is worse because it exposes them to potential liability under federal civil rights statutes," Patlan said.

The lawsuit also challenges the science behind requiring masks.

“We know that cloth face coverings are ineffective at stopping viral spread according to peer-reviewed research so why are the Governor and others are forcing healthy people to wear ineffective or harmful face coverings?" said Milliman. “The Governor promised data-driven policy but gave us, instead, arbitrary and capricious policy based on hunches, wild exaggerations, and politics.”

Walter said people who would call the lawsuit political are partly right. It’s about political principles like free speech, rule of law, and much more. The government can’t force us to scare each other to death.”

The lawsuit wants to declare mask mandates for healthy people to be "unlawful compelled speech" and to stop enforcement of the mask mandate.