Sets cut-off due to high demand 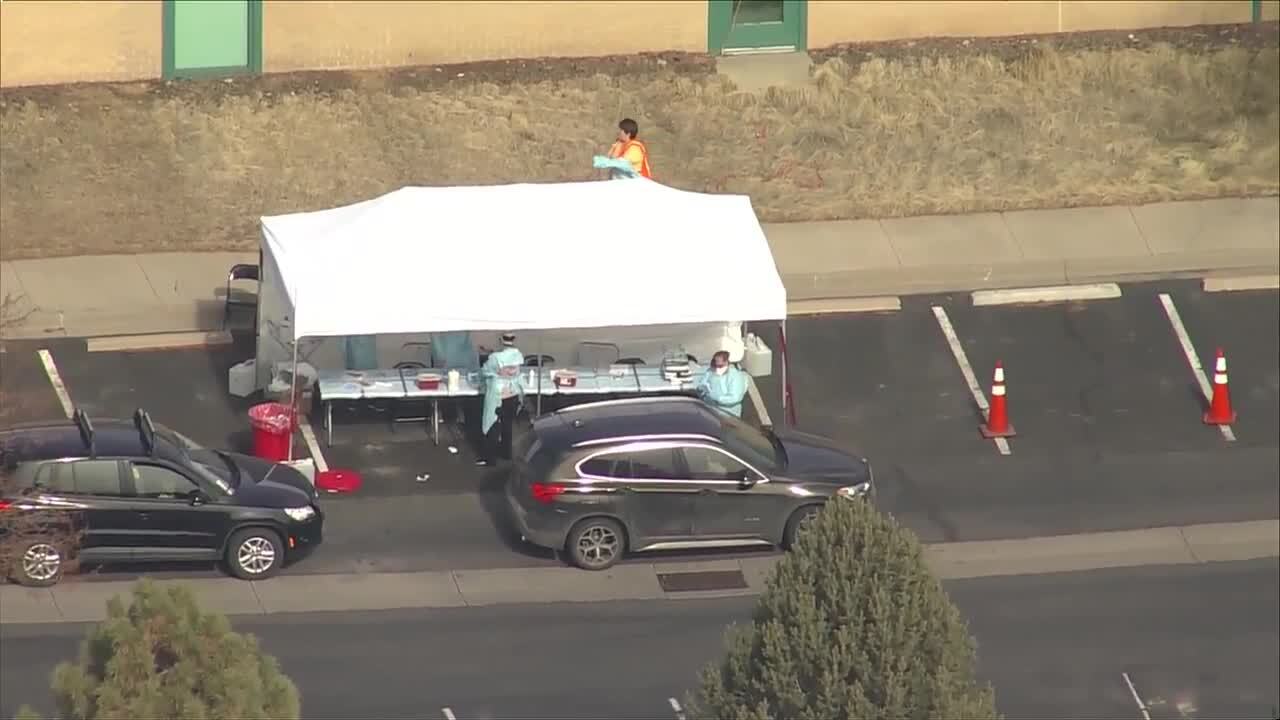 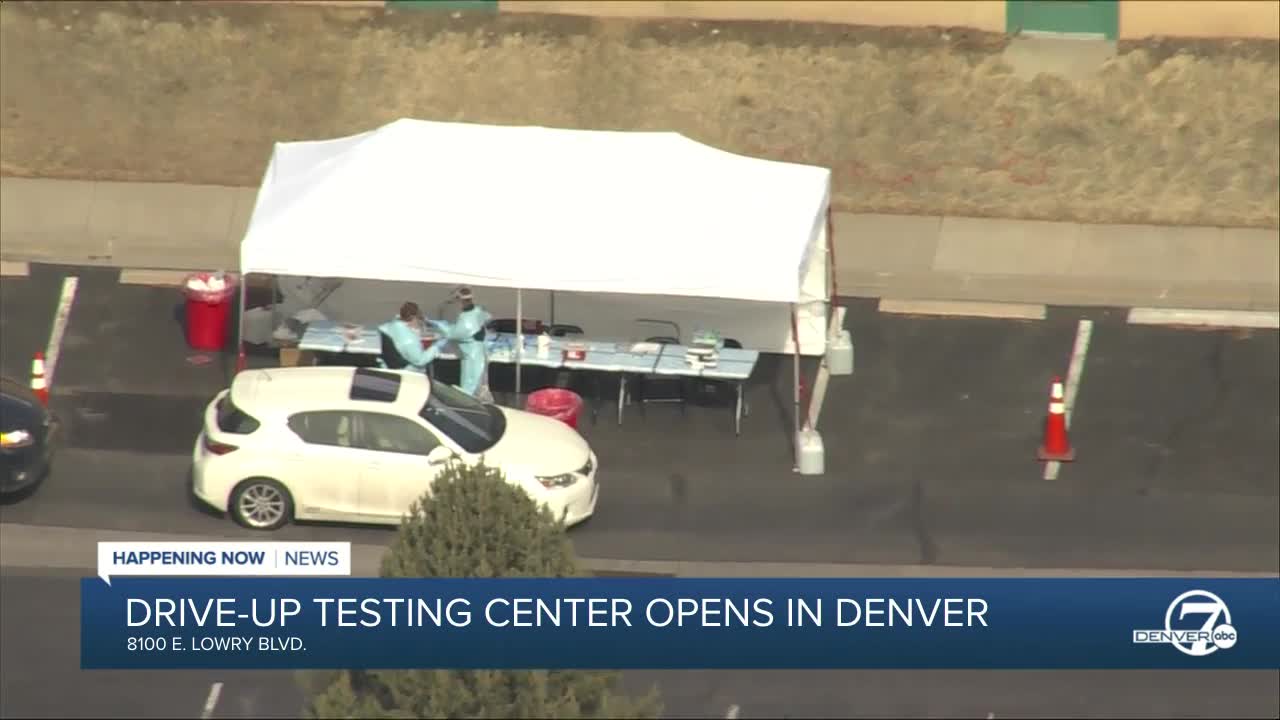 UPDATE (1:25 p.m. Thursday): The CDPHE has set a cut-off point for cars in line at Denver’s Lowry COVID-19 testing facility due to high demand and available resources. People in line who are cut off will be prioritized on Friday. Click here for more.

The drive-up facility, located at 8100 E. Lowry Blvd. in Denver, will be open from 10 a.m. to 2 p.m. Wednesday through Friday, and next week’s schedule will be posted on the state’s website once the schedule is decided.

Wait times at the facility on Thursday were 3-4 hours, according to the Colorado Department of Health and Environment, which advised people to bring food and water because of the long waits.

Coronavirus in Colorado: COVID-19 cases, locations and live updates across the state

Gov. Jared Polis announced Tuesday that the facility would be opening so the state can try to test more people for the virus and said the state hoped to open more facilities soon, including one in the High Country to test people in Colorado’s mountain towns.

Pitkin County officials on Thursday announced it had opened a testing facility at the Aspen Volunteer Fire Department's Aspen Village location. The facility was open to the vulnerable population only, who have been screened by the county's coronavirus hotline.

Around 11 a.m. Wednesday, there were several dozen cars in line at the Lowry facility and it was taking vehicles about 20 minutes to go from the back of the line until when the test was finished.

At a 5 p.m. news conference, Gov. Jared Polis said around 160 people were tested at the drive-up facility Wednesday, the results of which he said would "give us very important data about overall dispersal of the virus in the Denver metro area" once the results come back. He said some of the tests were being sent to private partners and could take 72 hours to turn around.

People need a written or electronic note from a doctor or health care provider ordering the test in order for state health officials to perform the test at the drive-up facility. People need to meet the test criteria in order for a doctor to give them a note, and they must also bring a photo ID matching the doctor’s note.

COVID-19 in Colorado: What to do if you suspect you have symptoms

Though the state says it hopes to expand criteria to anyone with flu-like symptoms, current criteria include:

· People have fever or symptoms of a lower respiratory illness and have been in contact with someone confirmed to have the virus within 14 days of the onset of symptoms.

The state says if there is more than one person in a vehicle, each person tested must have their own doctor’s order. The state says people should be prepared for long wait lines and is telling people to bring water and other items for comfort while they wait. No restrooms are available at the site.

Additionally, the state says testing is free and no proof of insurance will be required.

Polis said Tuesday that the state had 900 tests and was expecting an additional 1,500 by the end of the week from the federal government after Polis spoke with Vice President Mike Pence, the leader of the White House coronavirus task force, and Centers for Disease Control Director Robert Redfield.

The state says that depending on test volume, results from the drive-up test lab should be turned around within 72 hours, and people who are tested will be contacted directly.

After a person takes the test, they are asked to isolate themselves at home until they receive their test results, and anyone with a positive result will be ordered to quarantine themselves.

Polis says that Colorado needs to increase its COVID-19 testing exponentially to try to keep up with the pace of a possible outbreak and to identify as many cases as possible as soon as possible in order to prevent a widespread outbreak and to mitigate severe cases and exposure to the most at-risk group of people over age 60 and people with weakened immune systems.

Redfield, the CDC director, on Wednesday morning said the federal government did not have plans to set up drive-up test centers, saying, “We’re trying to maintain the relationship between individuals and their health care providers.”

But Polis said Tuesday in a news conference that Colorado needed thousands more tests. In an interview on CNN Wednesday morning, he said that the drive-up testing sites were needed “in most states” and that in a state with a population the size of Colorado’s – nearly 6 million people live here – that the state needed to be able to do “tens of thousands of tests a day so that we can expand the criteria to anybody with flu-like symptoms.”

“We have about 900 tests here in Colorado. At a rate of 200 a day, that’s just a few days’ supply. We have about 1,500 that we expect the CDC will be sending us in the next few days, but again, those numbers need to exponentially change,” Polis said. “So, we need to go from 200 a day to 15 or 20,000 a day to make sure that any outbreak can be identified at its early stages.”

Colorado’s number of presumptive positive cases grew to 20 Wednesday morning after three more cases were identified in Pitkin County. Polis said on CNN that the state was testing the “highest-likelihood cases” but once testing can be expanded to several thousand, the state was “going to have a much lower percentage of positives, but we need to find those positives early to prevent them from spreading.”

Click here for the latest updates on COVID-19 in Colorado.