Offenders must complete treatment, etc. before transferring to halfway house

Copyright 2020 Scripps Media, Inc. All rights reserved. This material may not be published, broadcast, rewritten, or redistributed.
Colette Bordelon
The Colorado State Capitol on August 12. 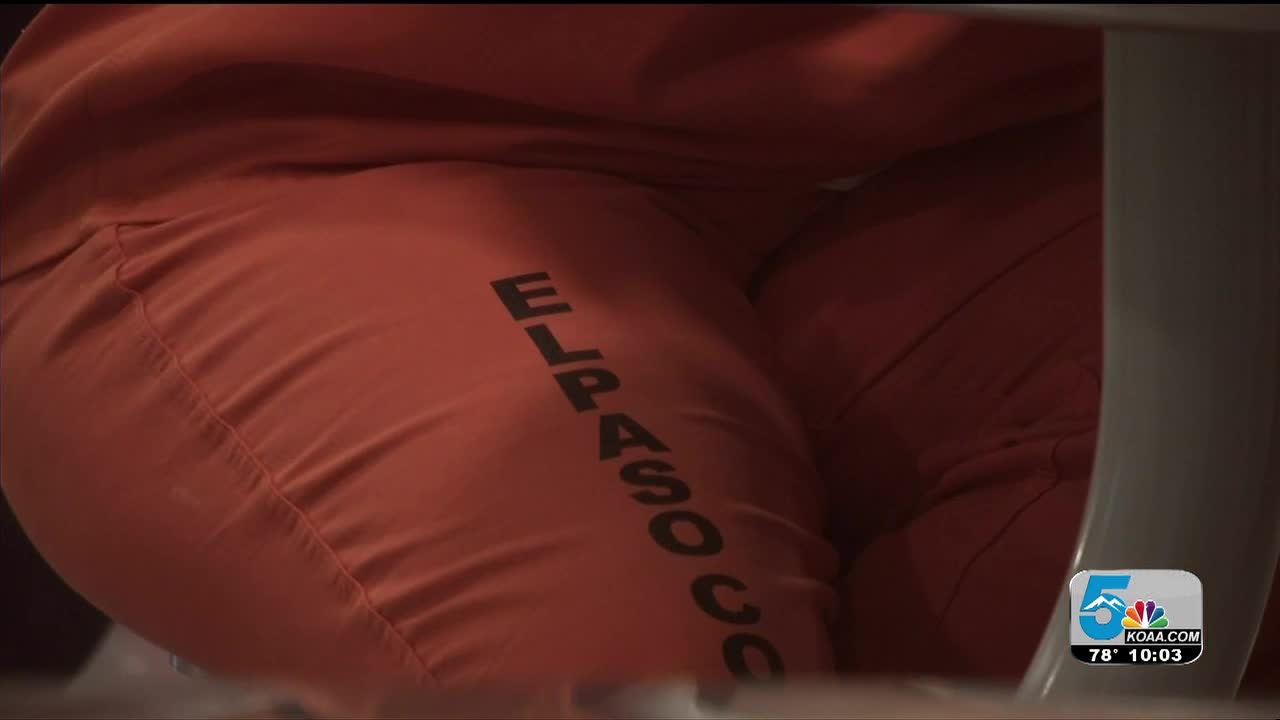 SOUTHERN COLORADO — Colorado legislators have closed a loophole in state law that allowed certain sex offenders to get out of prison early and transfer to community corrections before completing required treatment.

To fully understand what exactly changed in the law, it's important to take a step back and learn more about the Colorado Sex Offender Lifetime Supervision Act (LSA). This allows people convicted of high-level sex offenses to stay in prison or under supervision until they have progressed in their treatment and are no longer considered a threat to the community. The act was passed in 1998.

According to the Colorado District Attorneys' Council, indeterminate sex crimes include felony sex assault, sex assault by a peace officer, and sex offenses against children.

Under the LSA, people who receive an indeterminate sentence can shorten the length of time they spend in prison. An offender would do so by participating in rehabilitation services, which come either through being granted parole or a transfer to Community Corrections. However, there was no treatment or risk-assessment requirement for a sex offender to transfer to Community Corrections. Those conditions existed to be granted parole.

"These individuals, guilty of egregious crimes, pose a safety risk, and our concern is that they were being released into the community without being treated," said Deputy Executive Director for the Colorado District Attorneys' Council, Arnold Hanuman. Hanuman said the council had prosecutors observe this lack of assessment and treatment for underlying sex crimes before offenders were released to Community Corrections, otherwise known as a halfway house.

The Council also reported that 70% of people charged with an indeterminate offense received no prison time from 2013 to 2016.

The Council advocated for this bill (SB20-085) to change the LSA because they said the loophole is problematic for victims of sexual assault. For instance, a survivor could be told their perpetrator would be spending four years in prison, but that offender could actually be back in the community in as little as 16 months without being evaluated as a risk to society.

"It strengthens our sentencing and what we can tell victims. And, that they will be safer, given that individuals would not be released early without being treated," said Hanuman.

The bill, which was signed into law on July 7, applies to any offender who was sentenced on or after that date. It mandates the following, according to the Colorado General Assembly website:

State Senator for District 12 Bob Gardner, a sponsor of the bill, said it has already prevented one offender in the Boulder/Denver area from being released into Community Corrections because they had not undergone treatment. "Instances where offenders might be placed in Community Corrections in the community, they're technically in custody, but in a very open environment, with access to members of the community. This was not the commitment that we've made to crime victims, particularly the victims of sex offenders," said Gardner.

News5 asked Gardner about how effective the treatment is for offenders. "Can they be treated and released? The answer is in theory yes, and our obligation is to rehabilitate them, but our obligation first and foremost is to protect our communities... My own personal belief is that sex offenders, particularly those who are pedophiles, are always going to have a propensity to offend. That's why the Lifetime Supervision Act is so important," said Gardner.

Hanuman said it's hard to judge the actual success of rehabilitation. "Recidivism for these sex offenders is low, but reporting of sex offense crimes is also very low. So, it's difficult to say what exactly is a success rate, because often times, the recidivism rate is given as the rate of success, which is misleading because the report of sex assault is fairly low," said Hanuman.

Hanuman also pointed out that sex offender treatment can vary based on the person and the nature of the crime. So, it could take a few years for some people, and decades for others.

The Colorado District Attorneys' Council presented an example of why this law is so important. The offender's name is Phillip Garnier, who was already on his third chance of not going to prison for sexual assault on a 14-year-old, when this series of events unfolded:

Here's the full timeline, as provided by the Council:

THIRD CHANCE
May 12, 2015 - Stopped showing up to sex offender treatment
- Charged with Failure to Register with Sex Offender Registry
- Warrant issued for arrest

May 10, 2016 - Referred to Community Corrections without treatment

October 17, 2017 - Charged with Possession of a Weapon by a Previous Offender

TESSA, which helps victims of relationship violence and sexual assault, does not take a stance on senate bills. However, they do say it's very important to ensure an offender is being held accountable. "Is it actually safe for that offender to be out for the victim? And that's the first thing that we need to know, and that's the biggest thing," said Courtney Sutton, the safety and support manager at TESSA.

Sutton also said it's important for survivors to sign up for notifications regarding their perpetrator's release. During the sentencing process, these can be done through the district attorney's office that is prosecuting the case. Once the offender is in the department of corrections, one must opt in to receive those notifications online. "Unless that victim actually opts into that DOC notification, they're not going to be aware of that offender being released... I can't even imagine what it would feel like being out at the grocery store and just coming across my sex offender, and not even knowing that that was a possibility," said Sutton.

TESSA has advocacy services, clinical services, group services, a safe house, a 24/7 Safeline, and children services. Even though their office is currently closed because of COVID-19, advocates can still help remotely.

To work through a safety plan, or to get general information, call TESSA’s Safeline at (719)633-3819. Sutton said during business hours (8 a.m. - 5 p.m.), one can leave a voicemail with a safe phone number for TESSA to use, and they will return they call within around 30 minutes.

Here's a complete list of other numbers one can also call: