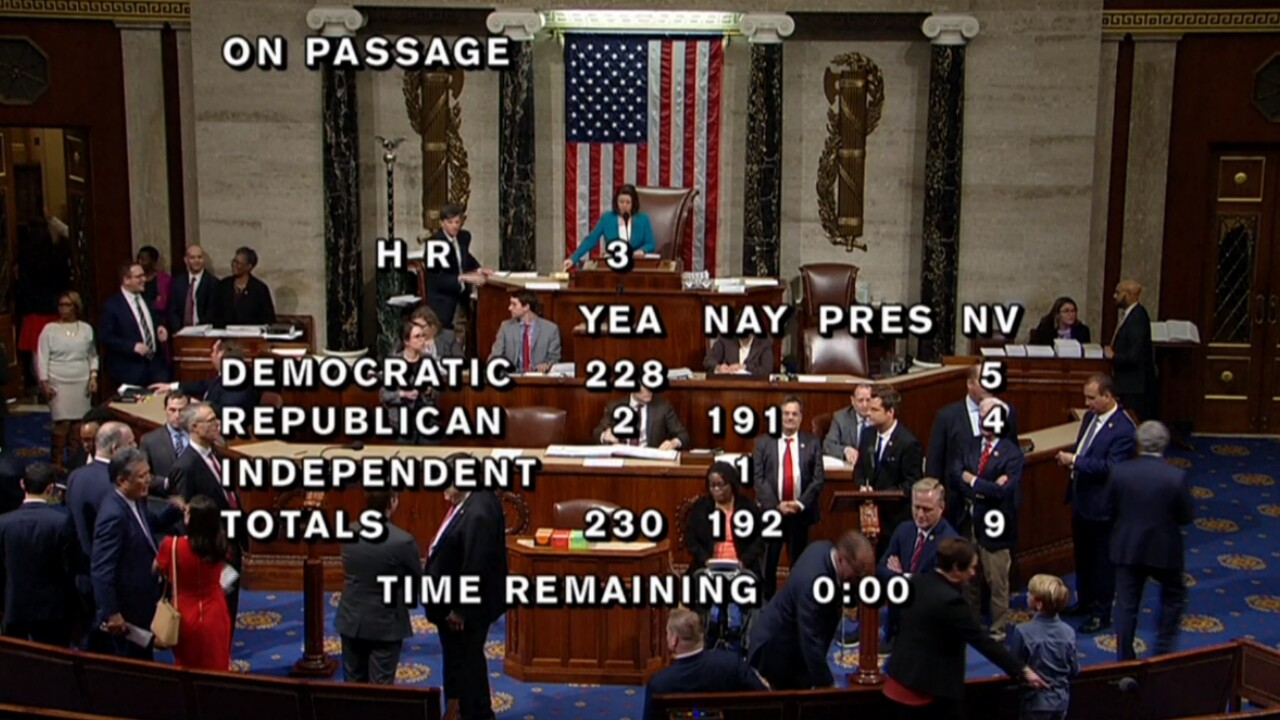 The U.S. House passed a measure to allow the federal government to negotiate lower drug prices.

WASHINGTON, DC — A bill that would give the federal government the ability to negotiate prescription drug prices now heads to the Senate.

The measure passed by a margin of 230-192, with only two Republicans joining Democrats in approving the bill.

The House of Representatives passed Speaker Nancy Pelosi's legislation Thursday afternoon, but it may not advance any further because Senators are working on their own drug pricing bill.

President Donald Trump has already said he would veto the House measure if it passes the Senate.

The Congressional Budget Office says the bill would save Medicare $456 billion over a decade, but it would also prevent eight new drugs from reaching the market.